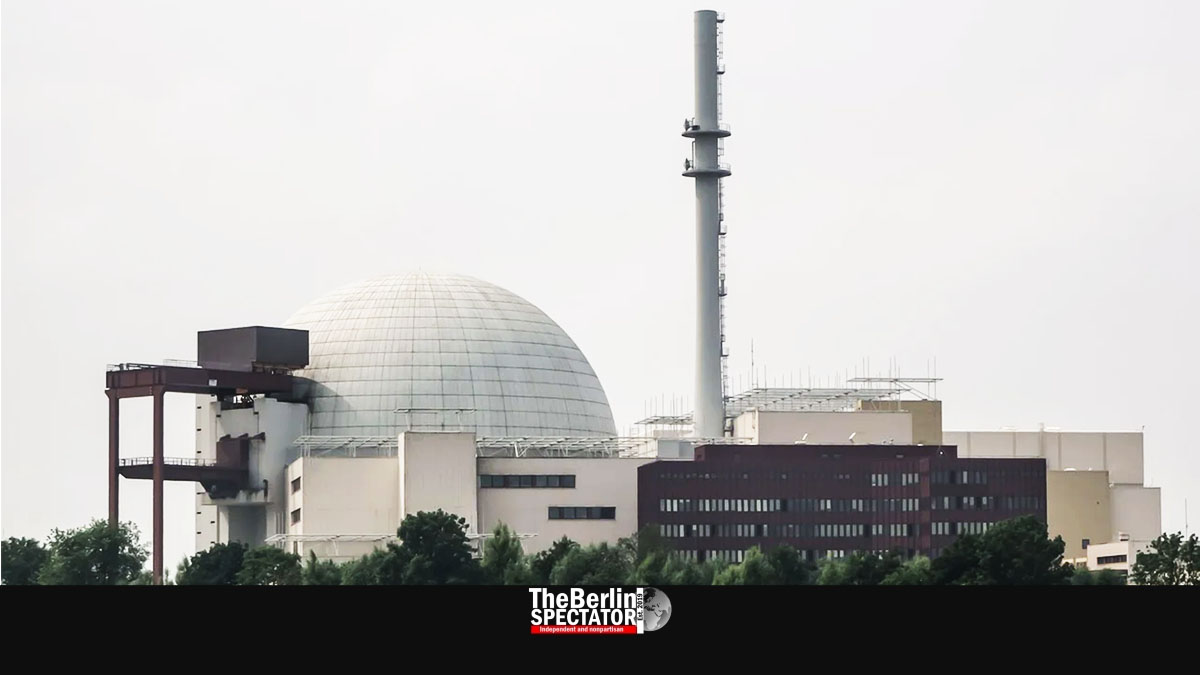 October 17th, 2022, 6:25 p.,. CEDT:
Chancellor Olaf Scholz ends the argument by exercising his right to decide. He says all three NPPs in question will be operational until April 15th, 2023.

Chancellor Olaf Scholz’ government coalition tried to resolve a argument on nuclear power plants between the Greens and the FDP last week. The efforts were not successful. But a solution is needed right now.

Berlin, October 17th, 2022 (The Berlin Spectator) — In order to improve Germany’s energy security in the ongoing crisis, the center-right FDP, one of the three parties that are part of Olaf Scholz’ government coalition, wants to extend the operating times of three nuclear power plants in the Federal Republic. They are Isar 2 in Bavaria, Neckarwestheim 2 in Baden-Württemberg and the NPP Emsland in Lower Saxony.

Originally, Germany was going to get rid of nuclear power completely by the end of this year, but the energy crisis requires an interim solution that involves some nuclear power. That is why the center-left Greens, another coalition partner, just bit the bullet at their party convention that ended yesterday. Even though the fight against NPPs is their main trademark, they agreed to extend the operating times for two of those reactors, the ones in southern Germany, until April of next year.

While Scholz’ center-left Social Democrats (SPD) have not voiced a final position in this argument, Finance Minister Christian Lindner’s FDP insists on running those three NPPs until 2024. Not only do the Greens reject this approach. It would also have consequences. In order to make it happen, new fuel rods would have to be purchased. The next issue is this one: Because Germany was going to dump nuclear energy altogether until December 31st, 2022, it refrained from performing pending security checks on those reactors.

On Friday, Chancellor Scholz had said there would be a solution until this week. Since the Bundestag will be on a break starting next week, and because the parliament needs to approve any changes to Germany’s nuclear energy policy, an agreement is needed now. At the chancellery in Berlin, Scholz, Lindner and the Green Commerce Minister Robert Habeck tried to reach a compromise on Sunday, but failed.

For the Greens, their co-chairman Omid Nouripour stated the coalition had already agreed to a solution that involved only two NPPs in the south, as interim energy sources. There was no necessity for extending the operating time of the Emsland reactor.

It is unclear if or how the government coalition in Berlin intends to resolve this argument. During the coalition talks last year, before Scholz’ government took over from Angela Merkel, and before Russia started its war of aggression against Ukraine, the Greens had already thrown one of their key demands overboard, namely a general speed limit on the German Autobahn. They were criticized for it, both from within and outside the party. This time, they will probably not give in. If the FDP does, it might get its way elsewhere, in return.