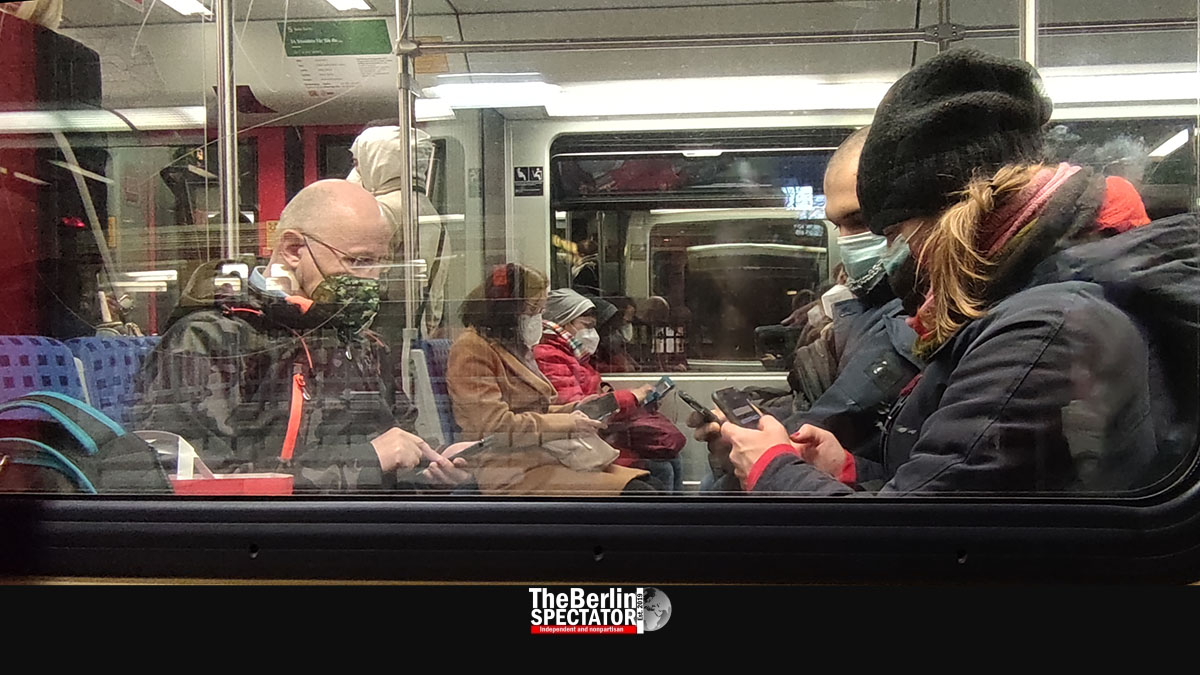 On Berlin’s S-Bahn train ring, seven stops will not be operational for ten days starting on Friday, October 21st, 2022. Another construction project started on the U-Bahn line U9 on Monday. In both cases, buses serve as replacement transport.

Berlin, October 18th, 2022 (The Berlin Spectator) — In Berlin, the two public transport providers Deutsche Bahn and BVG are having train tracks replaced. Their construction projects have implications for passengers in the city’s western part. Trips on public transport will take a lot longer on some stretches.

Yesterday, construction work commenced on the U9 line between Zoologischer Garten and Berliner Strasse. For three weeks, until November 6th, 2022, no trains will be in service here. In this case, new switches need to be installed. In addition, construction measures against noise are being taken. At first, the stretch between the stations Spichernstrasse and Rathaus Steglitz had been renovated.

Now, buses are taking passengers from the station Berliners call ‘Zoo’ to Berliner Strasse. Obviously, this includes the stations Kurfürstendamm, Spichernstrasse and Güntzelstrasse. Between Zoologischer Garten and Osloer Strasse, and between Berliner Strasse and Rathaus Steglitz, U9 trains go back and forth like shuttles.

The renovation project on the western part of Berlin’s S-Bahn ring is a lot bigger. From October 21st to 31st, 2022, the S41 and S42 line will be connecting Beusselstrasse in the northwest to Bundesplatz in the southwest via the ring’s eastern part. Passengers who need to travel to stations on its western part will have to change into buses that serve as replacement transport.

Those buses will go to all stations except for Westkreuz, meaning they will move from Beusselstrasse via Jungfernheide, Westend, Messe Nord/ICC, Charlottenburg, Halensee, Hohenzollerndamm and Heidelberger Platz to Bundesplatz and vice versa. The stop for passengers who need to get to Charlottenburg station is called ‘Kaiser Friedrich Strasse/Kantstrasse’. There is an additional stop at the U-Bahn station Adenauerplatz.

In addition, there will be construction work on the southern part of Berlin’s S-Bahn ring on October 23rd and 24th from 8:00 p.m. to 01:30 a.m. the next day. Between Treptower Park and Beusselstrasse, buses are supposed to take over as well. For the S46, which will be affected too, buses are supposed to cover the stretch from Baumschulenweg via Köllnische Heide to Neukölln and vice versa.

The S-Bahn train ring is one of Berlin’s most important public transport elements. Here, the S41 goes clock-wise and the S42 goes the opposite direction. Normally, these lines do not have final stops, so they just keep on going. Almost half a billion passengers per year rely on Berlin’s S-Bahn.