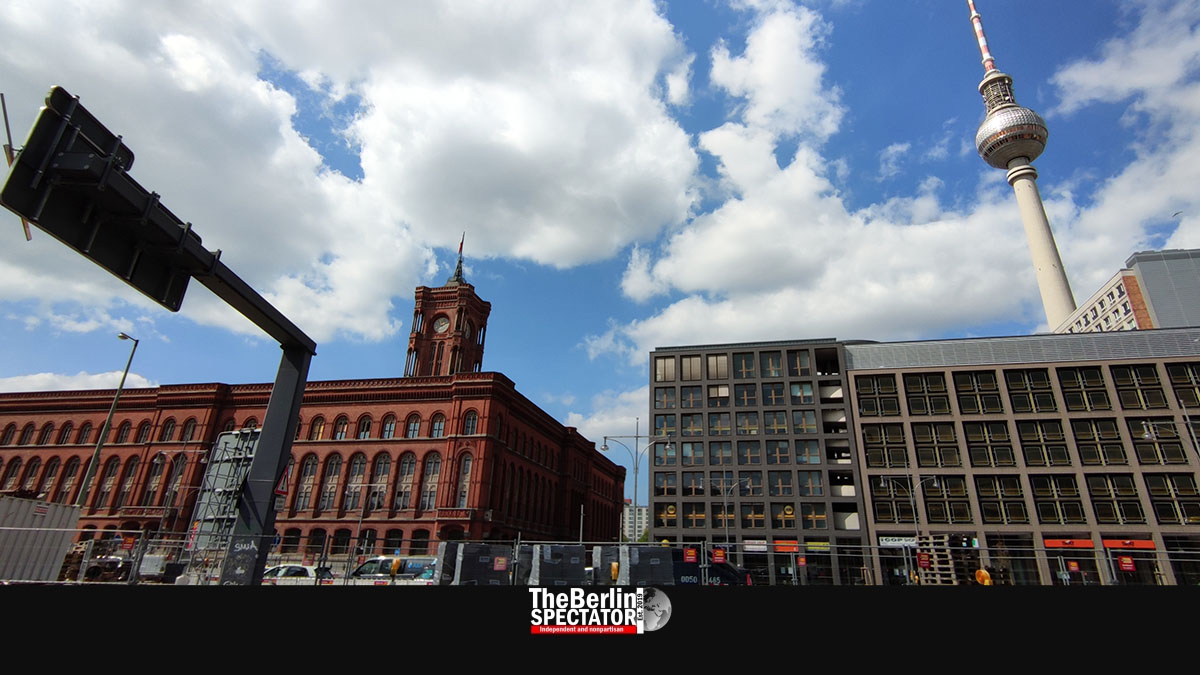 In Berlin, the police blocked major streets in the early morning, in preparation for two rallies. Tens of thousands of protesters were expected to join a demonstration for freedom in Iran, and one for more support for Germans who cannot pay their electricity bills anymore.

Berlin, October 22nd, 2022 (The Berlin Spectator) — The Berlin Police Department is busy on Saturday, because two big protests will be taking place. Incidents or violence are not expected in these cases, but protecting the participants and rerouting the traffic requires a lot of preparation and manpower. Several streets around Brandenburg Gate, including Strasse des 17. Juni, Behrenstrasse, Ebertstrasse and Dorotheenstrasse were already closed to motorized traffic in the early morning.

Berlin registers some 5,000 protests per year, but only relatively few are as big as the ones that will be taking place today. “The Time Has Come” is the title of a freedom rally for Iran. Tens of thousands of people are expected to take part. It begins at 3:00 p.m. CEDT at Berlin’s Victory Column. The organizers, a group called Iranian Germans for Justice and Human Rights, say this demonstration was against the oppression and discrimination in Iran.

They want to show solidarity with the protesters there. Since the 22-year-old Mahsa Amini was murdered by the Iranian ‘morality police’ a month ago, they have been on the streets of Teheran. In Berlin, several protests against the Iranian regime took place in the past weeks. New sanctions against Iran were demanded. But none of those protests was as big as today’s rally is expected to be. The demonstration will be moving from the Victory Column through Berlin’s Tiergarten park before it returns to its starting point.

Today’s other big demonstration was organized by several organizations including the Verdi union, Greenpeace, the German Federation for the Environment and Nature Conservation and Attac, an international NGO that criticizes the “neoliberal ideology” that it sees as dominating economic globalization. “The ramifications of Putin’s war of aggression are affecting us this fall”, the organizers said. “Many of us do not know how to pay our natural gas or electricity bills. Because everything is getting more expensive, our salaries do not suffice anymore.”

For this reason, there needed to be support for millions of people, the official announcement for this protest read. A rent cap, support for people in need, in the amount of 500 Euro (493 U.S. Dollars or 436.60 Pounds Sterling), and an “affordable successor for the 9 Euro Ticket” are some of the demands. The organizations that will be staging this demonstration also call for a strategy that makes sure everyone can afford energy, mobility, nutrition and their rent. At the same time, the climate crisis needed to be fought consistently, the organizers said.

This protest was going to commence at 12:00 noon at Berlin’s Invalidenpark. A closing rally was announced for 2:00 p.m. CEDT at Brandenburg Gate. Some 20,000 people are expected to join this demonstration. More than twice as many participants were registered for the Iran protest.