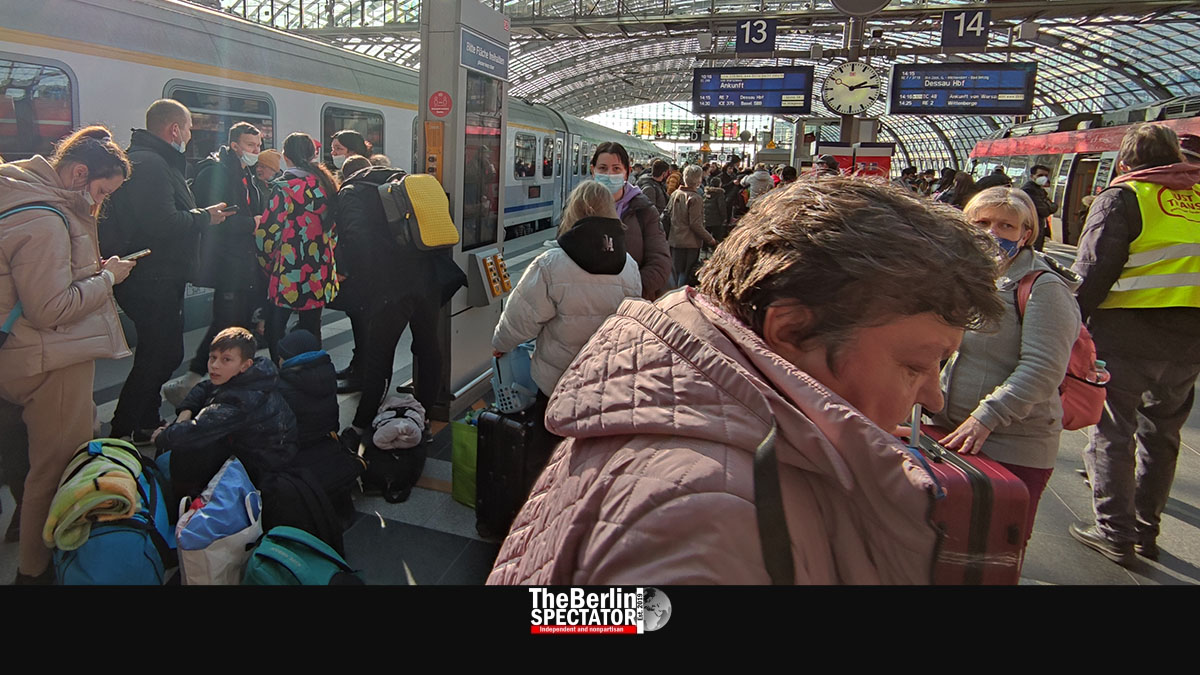 Berlin’s Governing Mayor Franziska Giffey says the city state needs support from the federal government for all the refugees it is housing. She told the ‘Bild am Sonntag’ weekly Berlin was at its limit.

Berlin, October 23rd, 2022 (The Berlin Spectator) — Since Russia started its war of aggression against its smaller neighbor Ukraine, 1,008,935 war refugees from there were registered by Germany’s central registry for foreigners. This is the number the authority published last week. About 56 percent of them, more than 565,606 persons, got temporary protection in the Federal Republic.

Many of them arrived in Berlin first because the German capital is the main entrance to Germany from Eastern Europe. Also it is a city many war refugees want to stay in, for several reasons. Many Ukrainians have relatives who already lived in Berlin before the war. There are publications in languages they understand. Besides, the capital is a city with opportunities.

When thousands of refugees from Ukraine started coming in on trains in February and March, Germany found ways to send some of them to other cities and regions too, but Berlin remained the main destination for many Ukrainians. As Franziska Giffey told ‘Bild am Sonntag’, 340,000 of them had received primary care in her city. As many as 100,000 Ukrainian war refugees had registered residences in Berlin.

Especially city states, and Berlin above all, had almost exhausted their capacities by now, the Governing Mayor said. “We urgently need more real estate from the federal government in order to be able to accommodate people well.” She also demanded financial support for the enormous costs as well as a just allocation of refugees in all parts of Germany.

Mrs. Giffey is not the only head of government in a German federal state to voice these demands. Her colleague Michael Kretschmer from Saxony told the same newspaper, the federal government finally needed to help the states cope with the accommodation costs. Without this kind of support, they would not be able to act anymore soon.

According to several German-language media, the German Association of Cities and Communities and comparable organizations see it the same way. For one of them, with a very similar name, the German Association of Cities, its President Markus Lewe said in an interview with the publisher Funke Mediengruppe, the number of refugees in Germany was still on the rise. The government needed to cover the costs for their accommodation in their entirety.