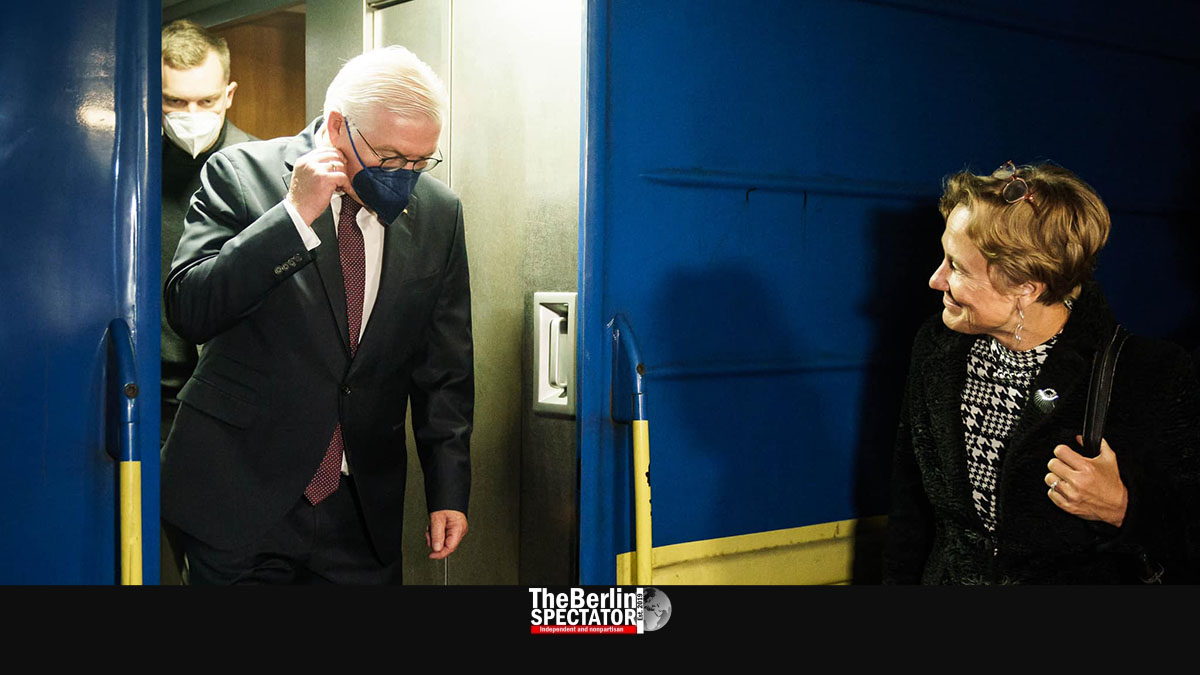 For months, Frank-Walter Steinmeier has wanted to visit Kiev (Kyiv), but arguments with the Ukrainian government prevented him from going. It finally happened this morning.

Besides, Steinmeier is about to visit Japan, South Korea and the United States of America and needs to prepare for those trips. But Ukraine has had a high priority for a long time, since Russia started attacking its smaller neighbor. In spite of the fact that Germany has been one of the biggest supporters of Ukraine, both before and after Moscow commenced its war of aggression, Steinmeier had been made responsible for Germany’s former policy towards Russia. By now, former officials, including Steinmeier himself, know it was a mistake to trust President Vladimir Putin and to rely on Russia’s natural gas. Still, the Ukrainians, especially their former Ambassador Melnyk, kept on slamming him.

In April, the German President wanted to visit Kiev (Kyiv) with his colleagues from Estonia, Latvia, Lithuania and Poland, but the Ukrainian government did not want him there. Then, in May, a phone conversation between Steinmeier and his counterpart Volodymyr Zelenskyy improved the relations. Now, eight months into the war, President Steinmeier arrived for an unannounced visit in the Ukrainian capital by train, a week after an announced one had to be postponed because of safety concerns.

Upon his arrival, Frank-Walter Steinmeier had a message for the Ukrainian people: “Not only are we standing by your side, but we will continue supporting Ukraine in humanitarian, economical and political ways as well as militarily. Our solidarity is unbroken and this will not change.”

German-language media quoted Steinmeier as saying it was important to him to show solidarity in this phase of drone and cruise missile attacks Ukraine had been confronted with. Like many other Germans, he had a lot of admiration for the people in Ukraine. They were very courageous and had shown unyieldingness in the field, in the cities that were being attacked and in rural areas.

This seems to be a one-day visit during which Steinmeier will hold talks with Zelenskyy. He also intends to look at the destruction caused by the Russian attackers. So far, more than 6,000 Ukrainian civilians have been killed, including about 400 children.