Germany to Legalize Substance it does Not Want People to Consume 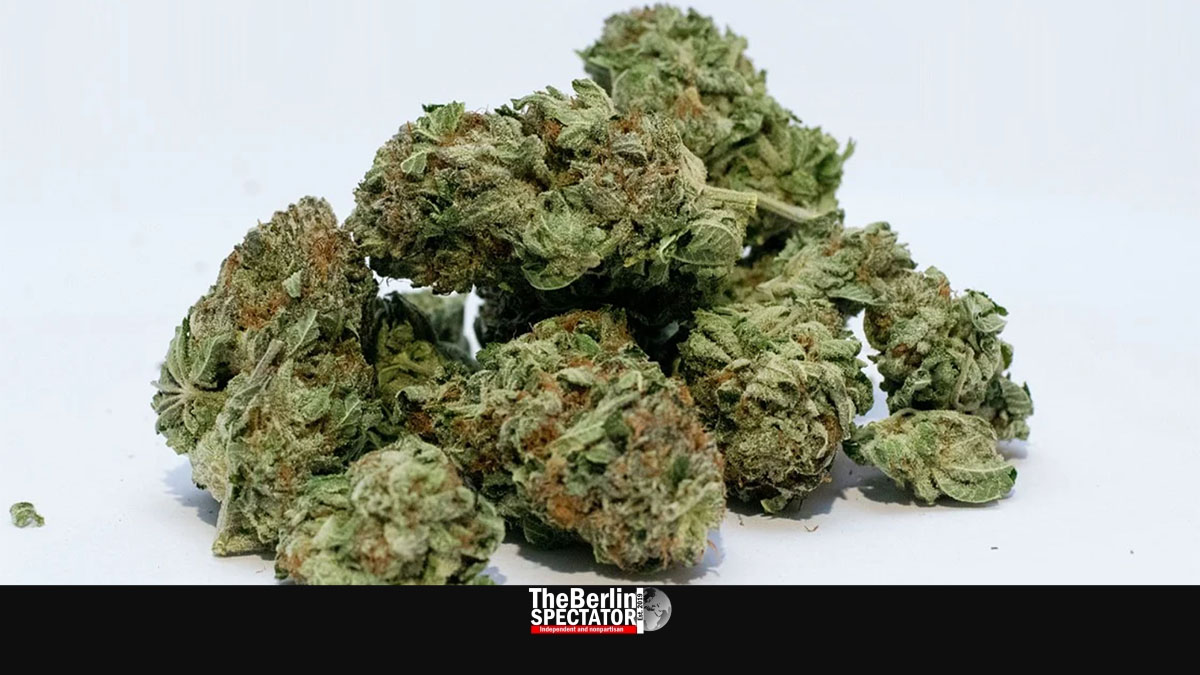 There are times when a dangerous substance has to be legalized to fight it. By doing so, the federal government intends to decrease the consumption of cannabis, especially among young people. Health Minister Lauterbach says Germany’s old cannabis policy had not been successful.

Berlin, October 27th, 2022 (The Berlin Spectator) — Germany could soon take an unconventional approach. It wants young people to consume less marijuana. So far, the authorities’ attempts to shrink the black market did not really work. Instead of decreasing the consumption, especially among young Germans, they smoked pot more and more. At the same time, the level of tetrahydrocannabinol (THC) in cannabis sold on the streets is on the rise. According to Germany’s Health Minister Karl Lauterbach, marijuana dealers admix additives that cause addiction quickly.

Arresting drug dealers here and there, raiding illegal cannabis plantations in homes and initiating legal proceedings against countless dope consumers all the time may be the obvious strategy. But, since it has not been successful in the past decades, Chancellor Olaf Scholz’ government included a different strategy in its coalition agreement. It wants to legalize cannabis to be able to control it more effectively and to “drain the black market”, as Lauterbach put it in an interview with the ‘Tagesthemen’ news show on ARD TV late last night.

Soon, it might be legal to possess up to 30 grams (1 ounce) of marijuana. Under certain conditions, the cultivation of cannabis is supposed to be lawful, but in limited quantities. The sale of this substance to adults will be permitted to licensed shops, and possibly even to pharmacies, if the plans become reality. The hope is that these regulations will be a big blow against the illegal cannabis market.

Whether Germany can actually put them in place is an open question right now. That is because the European Union has regulations too. If Berlin’s ideas are in line with them, including the Schengen Implementation Agreement that regulates the (open) borders and the kind of substances that may be taken across them, Germany will go ahead. For now, the government wants to wait and see whether its approach will be challenged.

It is not a surprise that plans of this kind trigger criticism. In an interview with the Augsburger Allgemeine Daily, Bavaria’s Health Minister Klaus Holetschek said they were a “dangerous signal” for both Germany and all of Europe. Besides, a legalization could attract cannabis consumers from other countries.

Professor Lauterbach would probably have agreed a few years ago. In the interview with the ARD he stressed he had been an opponent of legalization himself. But the cannabis ban had not been successful. It had even led to an increase of cannabis consumption. “The tendency goes the wrong way”, he stated during a press conference in Berlin on Wednesday.

Scholz’ government had intended to work on Germany’s cannabis policy sooner, but Corona, Russia’s war of aggression against Ukraine, the energy crisis and other issues had to be dealt with first.