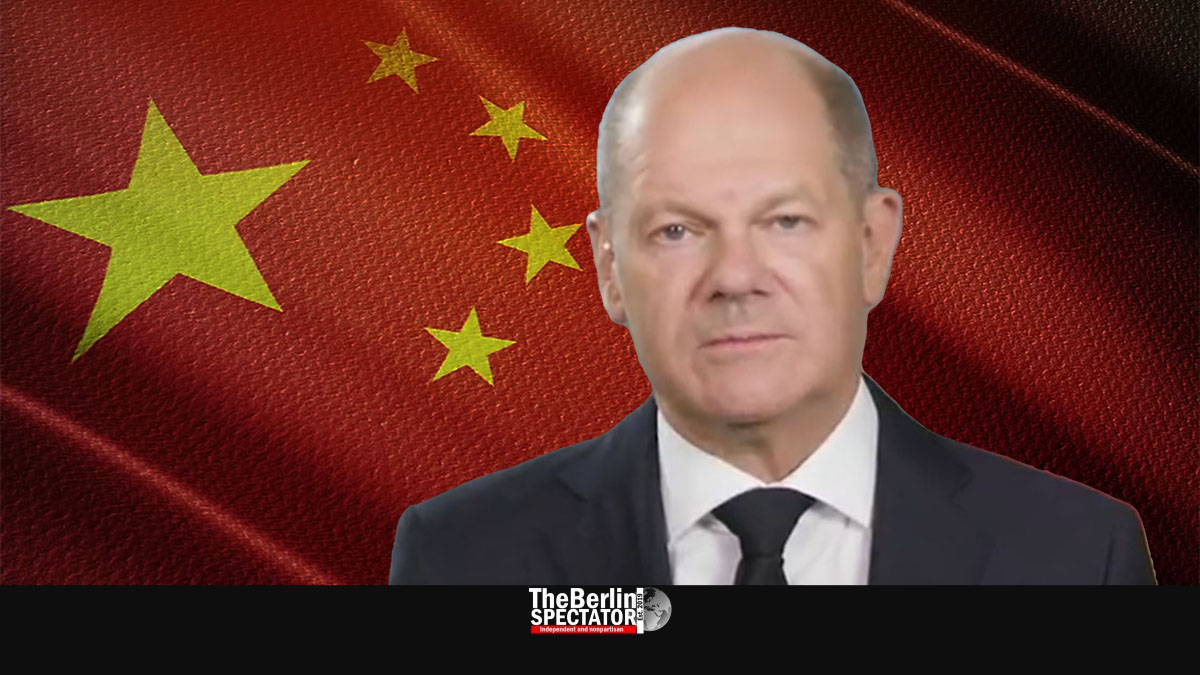 Chancellor Olaf Scholz will be embarking on a difficult trip later this week. His own coalition partner told him to talk about human rights once he gets to Beijing. The World Uyghur Congress even wants him to call off the trip.

Berlin, November 2nd, 2022 (The Berlin Spectator) — On Friday, Olaf Scholz is scheduled to fly to Beijing. These days, no visits abroad are easy. But this one is complicated on several levels. The Uyghurs do not want the German Chancellor to go at all. For the World Uyghur Congress, its President Dolkun Isa stated the future of his people was in danger. He accused China of oppressing and torturing Uyghurs. The women would be sterilized against their will and raped.

German-language media quoted Dolkun Isa as saying Scholz had decided to pay homage to Xi Jinping and ignore the misery of millions of people completely. The fact that a big entourage of business leaders would join the Chancellor for this trip showed that profits had a higher priority than human rights. This was not the time for business as usual, Dolkun Isa stated. He stressed the coalition agreement Scholz had signed with the Greens and the FDP did say that China’s human rights violations would be addressed.

During a visit to Uzbekistan, Scholz’ Foreign Minister Annalena Baerbock of the Greens asked him to make clear that the recognition of international law was the basis for international cooperation. The same applied to the question of competitive conditions and human rights. It is unusual that federal ministers demand anything from their Chancellor publicly. The conventional way is to discuss things in cabinet meetings.

Minister Baerbock took the opportunity to comment on Germany’s China policy during a press conference with her Usbek colleague Vladimir Norov in Tashkent. According to her, the political system in China changed substantially in the past few years. For that reason, Germany’s approach needed to change as well.

The fear that the business aspect might have an overly high priority compared to the question of human rights was fueled by Scholz’ latest stunt at the Port of Hamburg. he convinced his coalition partners to approve a deal that lets the Chinese corporation Cosco purchase shares of a major container terminal there. But, instead of 35 percent the company was supposed to acquire, it will be limited to 24.9 percent, which has implications in regard to its right to a say up there in Hamburg.

Because of China’s extremely strict Corona regulations, this is a one-day visit only. Representatives of German corporations will be going with Scholz. To critics, this aspect alone is sending the wrong message.