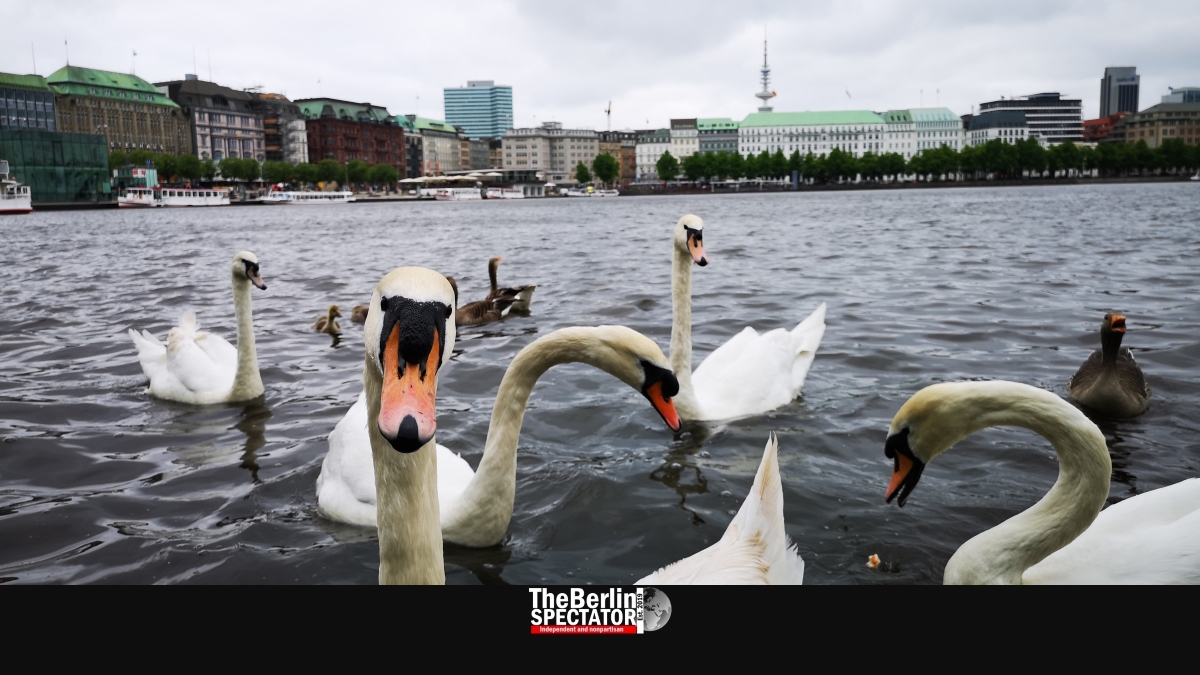 Negotiations with beautiful birds can be tough. At the ‘Binnenalster’ lake in Hamburg, our reporter had to bribe swans into agreeing to a photo shoot.

Hamburg, March 2nd, 2019. Update: Berlin, November 10th, 2022 (The Berlin Spectator) — At first, the models were not very motivated. By staring at the photographer the way they did, they conveyed an unambiguous message: “If you want to shoot us with that camera built into your Chinese-made cell phone, go to the bakery located around the corner and get us some bread rolls. Feed them to us in crumbs and you will get your damned photos.”

For 1.25 Euro (1.40 U.S. Dollars or 1.10 Pounds Sterling at the time), we fell for the ‘Five Bread Rolls Special’. In no time, we were back at the ‘Binnenalster‘ lake, where the photo models were already waiting impatiently.

There is something I was unaware of when I fed those swans: Experts say swans and other birds should not be fed bread at all. This is what it says on the ‘Beauty of Birds’ website: “When feeding water fowl, it is best to stay as close to their natural diet as possible. In summer, the diet of swans consists mainly of aquatic vegetation, eaten while swimming, such as underwater plants and algae. They are also insectivores and will eat small insects. At other times of year, they also eat cultivated grains in open fields.”