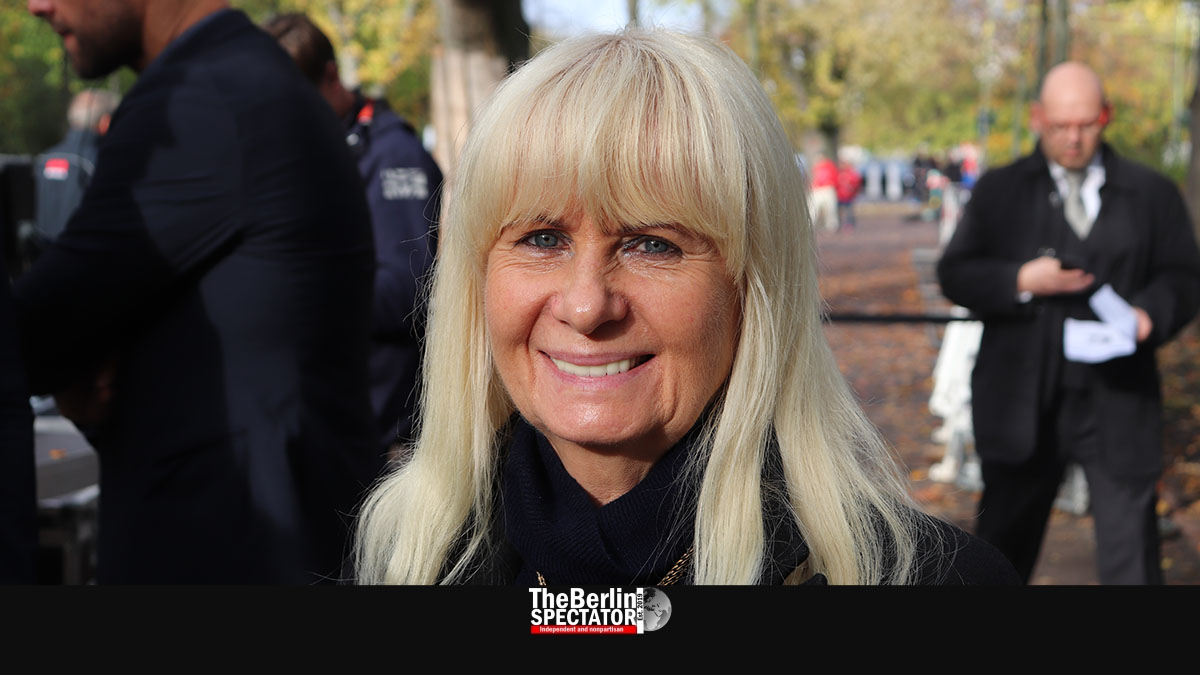 Berlin’s Interior Senator Iris Spranger is ready to take the gloves off in regard to the way the city deals with ‘Last Generation’. She told the RBB radio and TV network she would work on an amendment of relevant laws.

Berlin, November 15th, 2022 (The Berlin Spectator) — For months, ‘Last Generation’ activists have blocked traffic in Berlin, and there are no signs they intend to stop anytime soon. Their radical protests are annoying many Berliners and keeping them from taking their children to school on time, to get to work or do anything, as long as they are stuck in traffic jams caused by the protesters.

The Berlin Senate just replied to an official inquiry Alexander J. Herrmann, a member of the Berlin House of Representatives, handed in. The conservative politician (CDU) asked for a list of cases in which ambulances and other rescue vehicles were affected by those street blockades. According to the Senate, fourteen cases have been registered so far. In twelve of them, those vehicles got to people in need late. Twice, other ambulances had to be called in because the ones that already were en route got stuck, due to the blockades.

In an interview with the RBB, Interior Senator Iris Spranger stated she would work on increasing the time protesters who had taken part in such blockades could be put in custody. The laws in the federal state of Berlin give the authorities the right to keep them in detention for up to 48 hours right now. Senator Spranger announced she would hold talks about the matter, at the House of Representatives and with the judiciary.

Bavaria is a lot stricter. The authorities there lock up ‘Last Generation’ members for up to 30 days. Mrs. Spranger does not seem to want to go this far. She said she had doubts the constitutional law would cover this kind of approach. A compromise is what she seems to want to find. Again, she condemned the way ‘Last Generation’ stages its protests.

The Berlin Senate’s answer to another official inquiry, by the liberal MP Björn Matthias Jotzo (FDP), shows that hundreds of activists take part in those blockades ‘Last Generation’ organizes in Berlin alone. At this point, investigation procedures against 343 persons are ongoing. More than half of them, 182 activists, to be exact, have been part of the radical group’s activities at least twice. Apart from blocking streets by glueing themselves to the asphalt, they have covered an expensive painting at a museum in Potsdam with mashed potatoes. Also they have entered ministries in Berlin’s government quarter and glued themselves to furniture there.

‘Last Generation’ justifies its actions by saying this was about the future of humanity. As long as Germany did not change its climate policy, civil disobedience was necessary. Critics say the group was undemocratic and dangerous. Just like other radical organizations, including on the far-right, it accuses the democratically elected German government of “crimes against humanity” and obviously disrespects both the residents in the cities it blocks streets in and the institutions.