Train Tracks Between Berlin and Hanover Blocked due to Accident 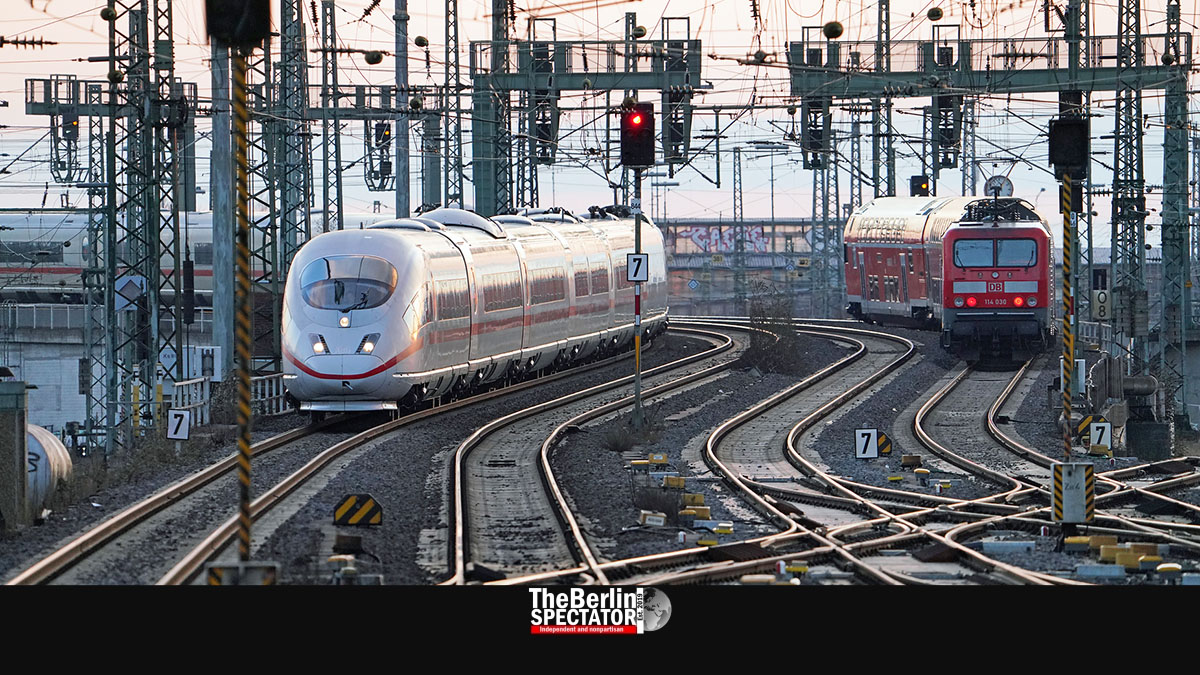 Traveling by train between Berlin and Hanover takes a lot longer, since a freight train loaded with propane gas crashed into another freight train near Gifhorn in Lower Saxony on Thursday. It might take days until passenger trains can use this route again.

Berlin, November 18th, 2022 (The Berlin Spectator) — It happened on Thursday. A long train the locomotive of which was pulling propane gas containers crashed into another freight train that was standing on the tracks because of a red signal between Gifhorn and Wolfsburg. It is unclear why the accident happened. One of the locomotive drivers involved sustained severe, the other one minor injuries.

For travelers between western Germany and Berlin, this crash does have implications. It might take days until the route affected by the accident can be reopened. Several waggons with propane gas containers derailed and were damaged. Because gas is leaking from some of them, the clearing work has not even started. Specialists on site have to wear gas masks.

Hours after the accident, it was unclear whether and to what extent the tracks are damaged. The same applies to the overhead wiring. Usually, countless ICE (Inter City Express) bullet trains and slightly slower IC (Inter City) trains race back and forth on this route. Trains from the area around Cologne, Kassel or Hanover itself on their way to Berlin, or from the German capital to those same places, are being rerouted. The duration of those trips increases by at least one hour.

The IC trains from Amsterdam to Berlin only go to Hanover and return to the Netherlands from there. Even trains from Switzerland to Berlin via Frankfurt am Main are affected. Individuals who intend to go from Berlin to Wolfsburg, or back to Berlin from there, are being told to use Deutsche Bahn’s regional train RB35. Because of the issues, Deutsche Bahn is asking passengers to inform themselves about the status of their trains or alternative routes ahead of time.

The Fire Department on site said there was no danger to residents at all because the accident had happened in a forest. But the clearing work would be delayed. It can commence once all the propane gas has leaked out of the damaged freight train waggons.