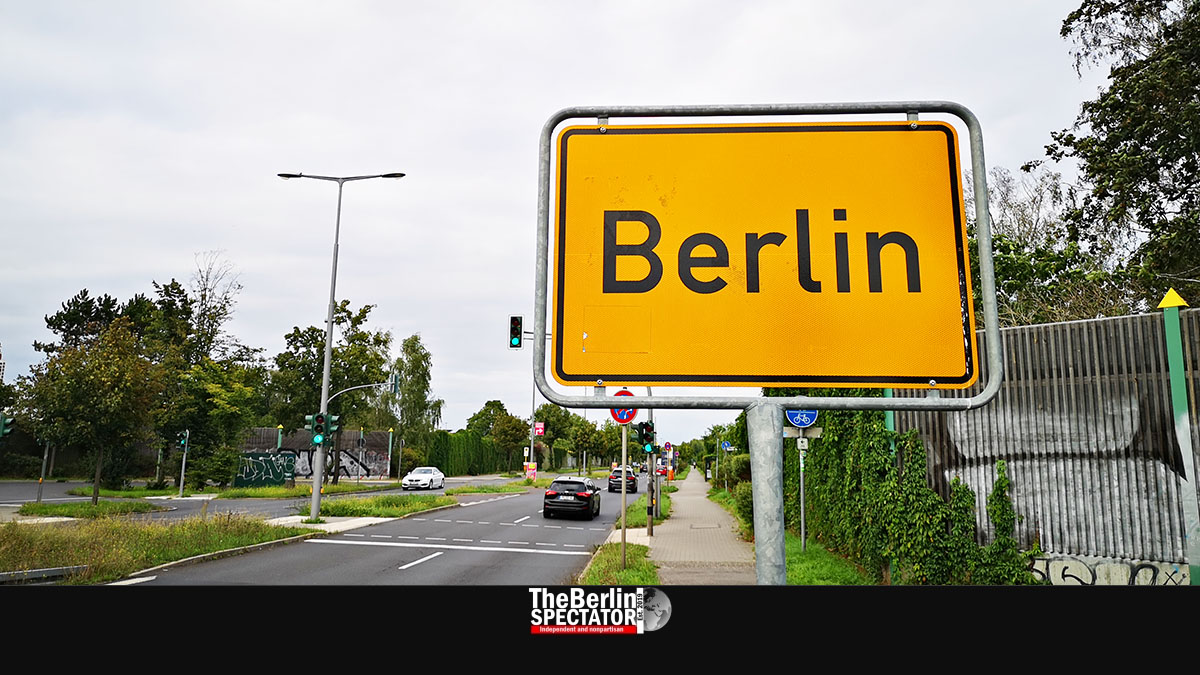 Berlin has problems with posers who show off their powerful vehicles and drive like morons. Illegal street races take place all the time. Generally, the police are waging war against speeders. It is a rather lucrative fight.

Berlin, November 24th, 2022 (The Berlin Spectator) — There were times when motorists who wanted to speed knew exactly where they needed to slow down. Years ago, Berlin had a few stationary radar traps only tourists and other visitors raced into, while locals knew those locations by heart. Today, things are very different.

At this stage, there are 33 stationary radar traps in the city. At the same time, 21 radar vehicles are on the move all the time. On top of it all, Berlin uses six speed trap trailers. The police set them up everywhere in the city and change their locations frequently. Obviously, this means that speeding motorists can get caught anywhere in Berlin, at any moment.

On Wednesday, one of those six trailers was parked on Hosemannstrasse in the Pankow district. It is a rather small and quiet street with lots of apartment blocks. There is a school, a bakery and a bus stop. Hosemannstrasse does not look like a race track at all. This is the kind of location speeders might feel safe at. “Who is going to catch me over here, in the middle of nowhere?”, they might ask themselves and hit the accelerator, until they notice a flash. Days later, they will receive a ticket by mail.

Last year, the fines for speeding and other traffic offenses in Germany increased. This is one reason why Berlin’s income from speeding tickets rose. The fact that the Corona pandemic does not seem to keep people in their homes anymore is another important aspect here. More people go places, and more get caught speeding.

There is another kind of traffic offense that costs the city state money, instead of giving it income. According to the RBB TV and radio network and the ‘Tagesspiegel’ daily, the costs for towing away parked vehicles from no-parking zones from January through October of this year were about 4 million Euro higher than the income. Well, the income from speeding tickets will definitely compensate Berlin for these losses.