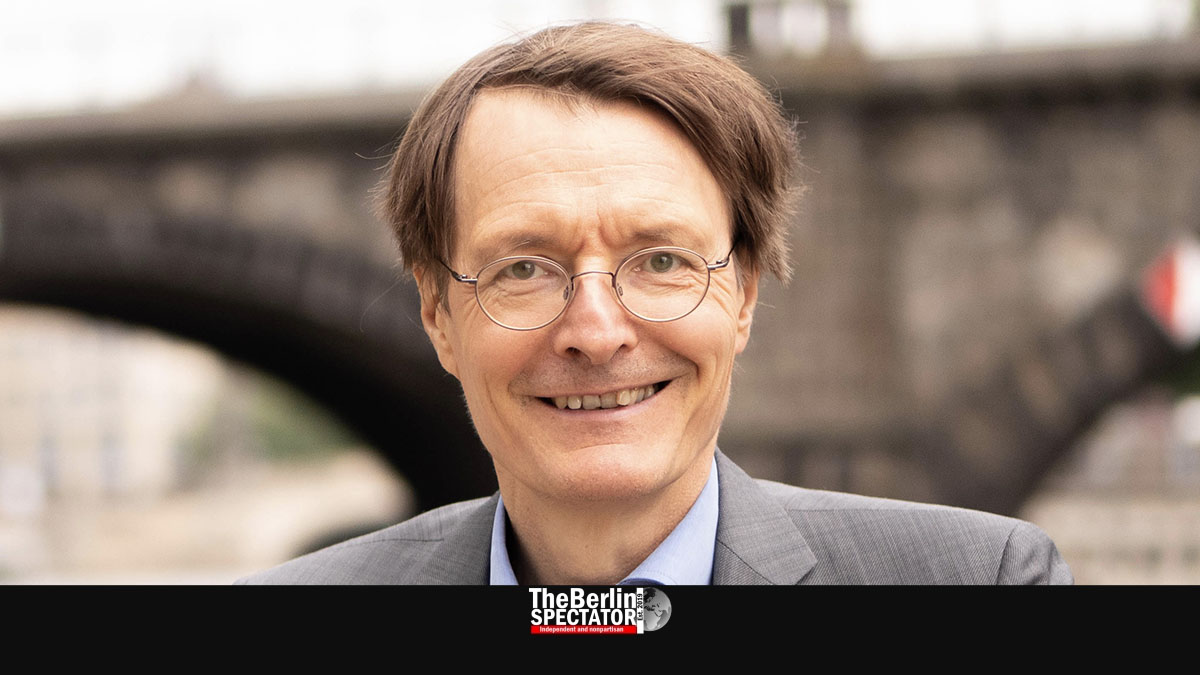 Germany’s Health Minister Karl Lauterbach says individuals under 60 years of age should get a second booster shot against Corona. That way they could enjoy the summer and reduce their risk. The E.U.’s ECDC and Germany’s ‘Stiko’ have different views.

Berlin, July 15th, 2022 (The Berlin Spectator) — There are three different recommendations in regard to the number of Corona vaccinations people should get. On Monday, the European Center for Disease Prevention and Control (ECDC) updated its advice. People between 60 and 79 years of age and persons with pre-existing conditions should be immunized a fourth time, the authority says. Until last week, it had recommended second booster shots for individuals from 80 years of age.

Germany’s Permant Vaccination Commission (Stiko) sees it differently. Persons from 70 years of age, risk patients and medical workers should get a fourth vaccination, according to its official recommendation. Professor Karl Lauterbach has yet another opinion, which he expressed in an interview with the ‘Spiegel’ magazine. If they wanted to enjoy their summer “and decrease their risk substantially for a few months”, people under the age of 60 years should get their fourth shot, he stated.

Those additional immunizations decreased the risk of Long Covid and of Corona infections in general, the Health Minister said in the interview. He also mentioned “adjusted vaccines” that are expected to be approved in August or September. They were developed as a response to the Omicron variant of the Coronavirus, which is spreading all over the country and the continent right now. Its subtype BA.5 is being blamed for the rapidly increasing infection numbers.

Lauterbach said people could get “adjusted vaccine” shots after their fourth immunizations. He does not want people to wait for the updated vaccine in this situation, in which more and more people get infected. The latter include government officials. Both Justice Minister Marco Buschmann and Commerce Minister Robert Habeck are infected with the Coronavirus. Foreign Minister Annalena Baerbock, who got infected two weeks ago, still has issues climbing two flights of stairs, she told the ‘Stern’ magazine.

The number of new Corona infections in Germany still is extremely high. More than 109,000 of them were registered in the past 24 hours, according to the Robert Koch Institute. Since yesterday, 115 Corona patients died. More and more infected persons need to be treated in intensive care units. There are 1,243 of them today. Germany’s Seven Day Incidence is above 700.

Recently, many of the The Berlin Spectator’s articles and features have appeared in a number of obscure online publications. In case you see this article on any website other than berlinspectator.com or its newsletter page, they republished it illegally and are therefore responsible for copyright infringement. Obviously, the people behind those pirate websites are not capable of creating their own content. So they steal it elsewhere.

At the same time, the vaccination campaign is slow. At this stage, about 20,000 to 60,000 persons get immunized per day. A few months ago, up to 1.5 million shots were administered on a daily basis. In spite of the alarming situation, the Corona rules have not been tightened. Protective masks are required in public transport only. But even there many people do not wear them.