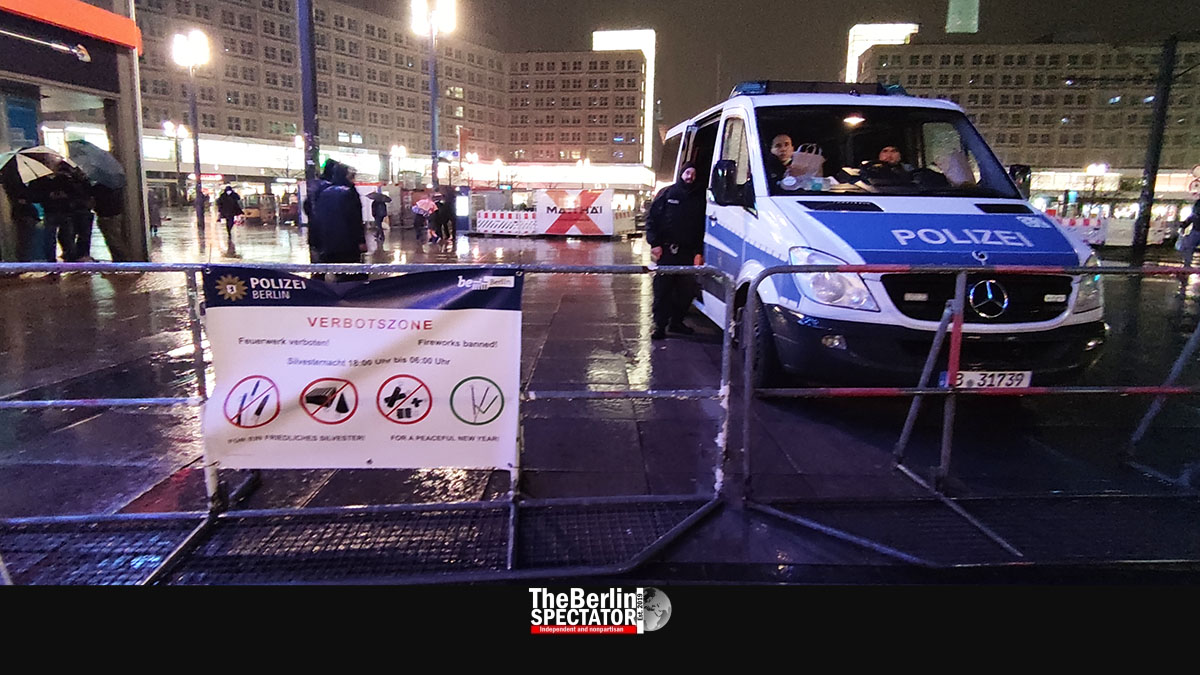 After two years of strict bans, pyrotechnical products may be sold, purchased and used again on New Year’s Eve 2022 and New Year’s Day 2023. But there are ban zones. Berlin has three of them.

Berlin, December 26th, 2022 (The Berlin Spectator) — Supermarkets and other shops in Germany will be offering firecrackers and fireworks from December 29th to December 31st, 2022. The fireworks industry produces pyrotechnical products all year long, but has only three days to sell them.

In 2020 and 2021, the sale was forbidden because of the Corona pandemic. Last year, the ban was announced at the last moment, when the big supermarket chains had already included fireworks sets into their catalogues. In both years, the German government paid compensations to the industry. The idea was to make sure people would keep their distance, gather with less friends and party less when Corona was considered a bigger threat than today.

Another reason for those sales bans was to make sure Germany’s hospitals would not be overburdened when they dealt with countless COVID-19 cases. Usually, a lot of injuries occur on New Year’s Eve, when firecrackers blow up in people’s hands or faces. This year, the Berlin Senate asked residents to be careful and to call ambulances or hospitals in actual emergencies only, because of a high number of patients with respiratory diseases, including COVID-19 and the RS Virus, who need to be treated.

These are the three fireworks ban zones Berlin named:

In pre-Corona times and today, the ban zones are supposed to prevent a chaos in those areas. In the past, groups of intoxicated persons had attacked police officers on numerous occasions, by throwing lit firecrackers at them. With the ban zones, Berlin’s party people will be dispersed all over the city more, at least in theory. Another reason for the decision for implementing the ban zone in Moabit is the fact that fireworks used to make the alarm system to go off at the JVA Moabit, a jail located in the area.

According to Berlin’s Police Chief Barbara Slowik, 1,100 officers will be on duty on New Year’s Eve. Berlin could have used support from other federal states in Germany, but they need their officers that night. The lack of officers is also a reason why the Berlin Senate refrained from naming more ban zones. With 1,100 policemen and policewomen, more than three of them cannot be enforced. Flexibility is more important, according to Barbara Slowik.

She announced, the Berlin Police Department would pay close attention to what is going on at Karl Marx Strasse and Hermannplatz square in Neukölln. This is where chaotic situations of different kinds happen all the time.