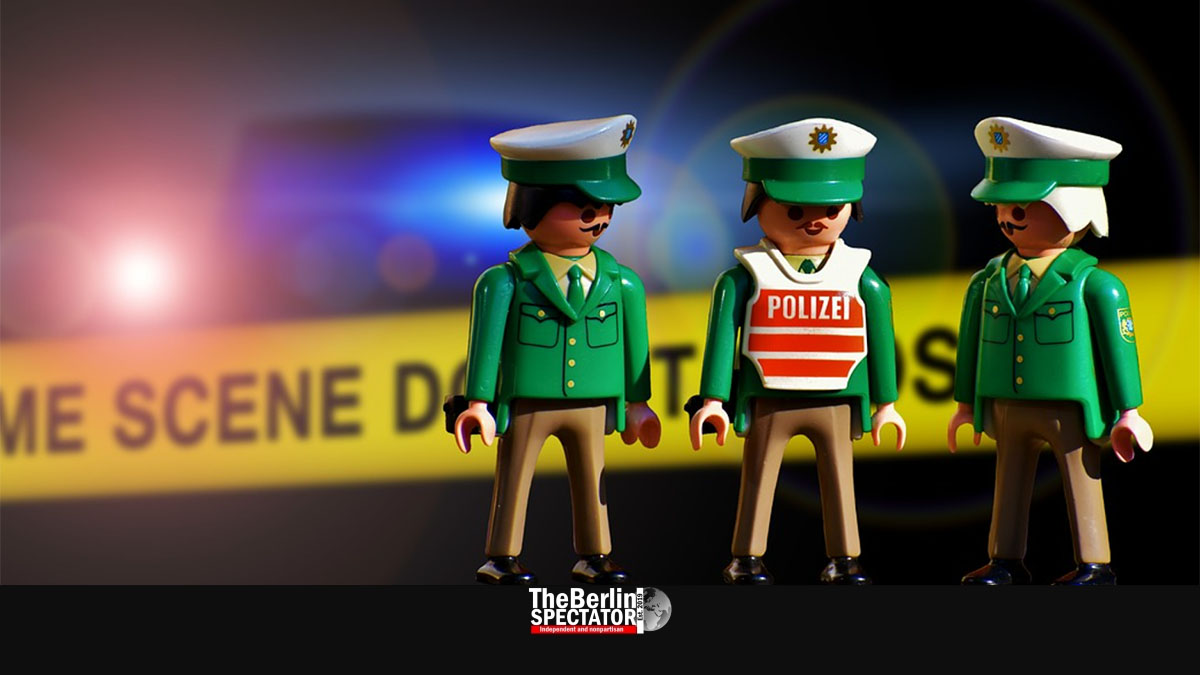 In 2021, everyone was affected by the Coronavirus pandemic, including criminals. This is one reason why the number of criminal offenses in Berlin shrunk further in most areas, including politically motivated crime. But there are exceptions too.

Berlin, April 22nd, 2022 (The Berlin Spectator) — Berlin’s new Interior Senator Iris Spranger and Police Chief Barbara Slowik came up with some good news on Friday. They presented Berlin’s overall crime statistics for 2021 as well as the separate statistics of politically motivated crime. In both cases, the number of cases decreased. It is the first time a full Corona year was analyzed this way.

In Berlin, 482,127 crimes were registered last year. Compared to 2020, the number decreased by more than 22,000 or 4.4 percent. The number of crimes per 100,000 inhabitants shrunk to 13,158, which is still relatively high. But it is also at its lowest level since Germany’s and Berlin’s reunification. There is even more good news: The German capital’s crime clearance rate reached its second-highest level in the past ten years. It was 45.3 percent. Only in 2020, it was a bit higher than that.

The Corona pandemic and the measures that were taken against it, such as semi-lockdowns, contact restrictions and the home office policy, affected everyone, including offenders. This had already been the case in 2020, but even more so in 2021. And it is one of the reasons why the total number of crimes in Berlin decreased.

But there are some types of crime that increased substantially. This includes offenses against property and falsifications, which rose by 6.3 percent. The use of false health certificates increased by 542.9 percent (no typo). In many of these cases, unvaccinated individuals purchased false certificates in order to gain access to restaurants or other establishments. Fraud at gas stations increased as well, probably because of the skyrocketing fuel prices. Online fraud rose by 255 percent.

On the other hand, the number of theft cases decreased by 9.8 percent. But more vehicles were stolen. The same applies to the theft of items in vehicles. The increase here is 12.2 percent. But theft in shops declined by 16.4 percent, theft from basements was lower as well. Even bicycle theft decreased, by 7.8 percent. The number of burglaries declined by 29.5 because people were at home a lot more, due to those anti-Corona measures.

In 2021, there were 100 murder and manslaughter cases in Berlin. Only four of those crimes were not solved. There were less robbery and assault cases. They declined by 6.6 and 9 percent, respectively. In the capital, child abuse cases declined by 4.9 percent. On the other hand, the number of sexual abuse offenses increased by 32.7 percent. Many of the victims were children. Illegal pornographic material was spread a lot more last year than in 2020.

More police officers were attacked. There were 8,569 cases. The increase compared to 2020 was 14.2 percent. Another crime area the authorities registered an increase in was that of fraud in connection with Corona emergency aid that was provided for businesses. The Berlin Police Department is working on more than 9,000 cases of this kind. Twice as many are on the list of cases that need to be investigated.

In Berlin, the number of politically motivated crimes declined from 6,098 cases in 2020 to 5,799 cases last year. This is a decrease of 4.9 percent. Here, the crime clearance rate is 39.2. It used to be even lower. Last year, there were more violent crimes with a political background. More than 1,000 of them were counted. The increase is 13.8 percent. As many as 422 crimes with an antisemitic motivation were committed. On the other hand, the overall number of crimes committed by radical right-wingers and extremist left-wingers declined by 20.4 and 29.8 percent, respectively.

Senator Iris Spranger thanked “all colleagues” who had worked to improve people’s safety in Berlin. “The fact that the number of crimes declined, is a good sign”, she stated. “But each crime is one too many.” Berlin needed to improve further, the Senator said. Police Chief Barbara Slowik said even though the Corona pandemic had led to a declining number of crimes, it had been a challenge to the Berlin Police Department. But, everyone’s safety was the crucial goal, no matter how challenging it was to the police.