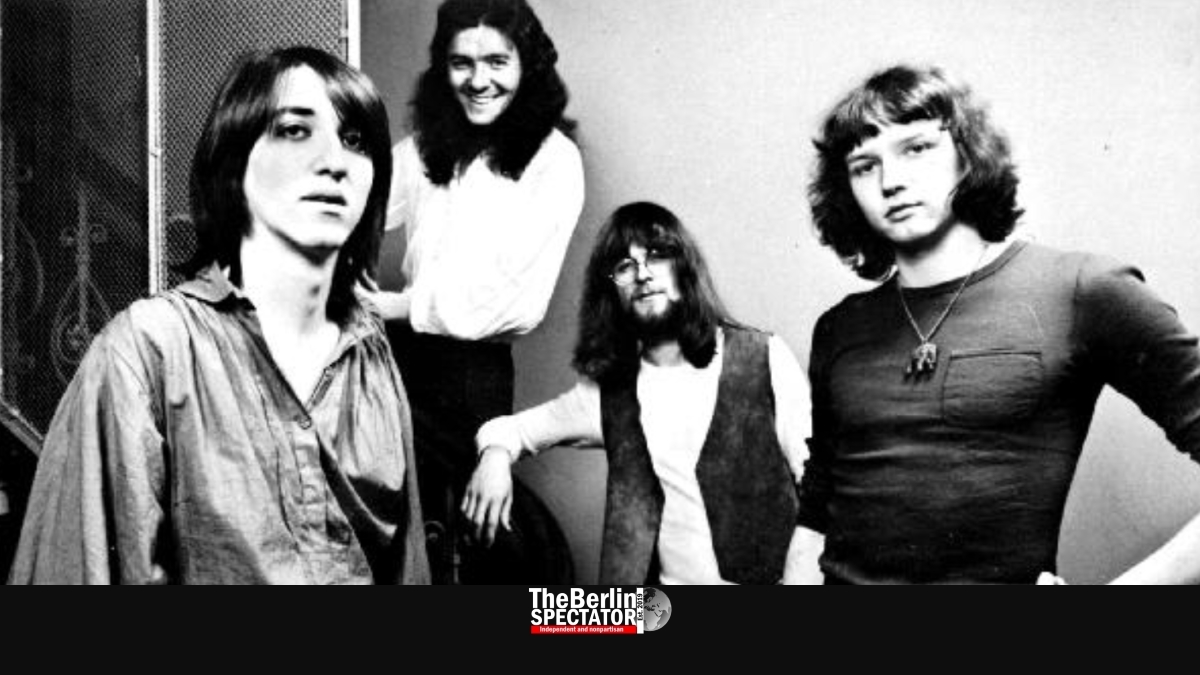 The label ‘Made in Germany’ is something people all over the world want when it comes to cars, machines and beer. But what about Pop and Rock tunes?

Berlin, March 19th, 2020. Update: February 1st, 2021 (The Berlin Spectator) — Only few German bands, such as the Scorpions, or to a certain extent Kraftwerk, Trio and Tangerine Dream, managed to conquer the English-speaking world. Alphaville, known for ‘Big in Japan’ and other hits, even invaded pretty much the entire planet with their material.

There are interesting German Pop and Rock tunes that should have made it but did not. These are ten examples of iconic Pop and Rock songs made in Germany:

Spliff was a band from Berlin, founded by Herwig Mitteregger, Bernhard Potschka und Manfred Praeker. At first they were the backing band for Punk-Rock singer Nina Hagen. Then they teamed up with a bunch of folks for a Rock opera entitled ‘Spliff Radio Show’. ‘Sweet as Radio’ is the intro tune. Later, the band behind the ‘opera’ recorded three albums sung mostly in German. This group was disbanded in 1985.

The Scorpions from Hanover are the most famous German band of them all. Their Hard Rock approach has found millions of fans around the globe. It has been 51 years since they first appeared on the horizon. Tunes like ‘Rock You Like a Hurricane’ and ‘Wind of Change’ have been played by radio stations like crazy. Singer Klaus Meine and his guys have sold more than 110 million records. This is something hardly anyone else in Germany has achieved.

‘Anyone’s Daughter’ is a Deep Purple song title. Uwe Karpa and Matthias Ulmer used it when they founded their Progressive Rock band in Stuttgart in 1972. By the 1980s, they delivered big shows all over Germany. On stage and on their 10 studio albums, they sang both in English and German. Their original guitarist Uwe Karpa is definitely a genius. ‘Piktors Verwandlungen‘ is a story by Hermann Hesse they were so impressed by that they created this Rock symphony. Do not miss the guitar part at 05:15.

In the late 1970-s, ‘Schwoißfuaß‘ was one of the first ‘Schwabenrock‘ bands (Rock’n’Roll from Swabia). Vocalist Alex Köberlein sang most tunes in the distinctive dialect from that region. Don’t worry, many northern Germans would not understand these lyrics either. This is a socio-critical Blues Rock song about respect and disrespect which went down very well, especially live. The translation for ‘Schwoißfuaß‘ in Swabian is ‘Sweaty Foot’.

In 1981, people did not believe their ears, when the Folk Rock band BAP’s first big album made landfall. Singer and composer Wolfgang Niedecken and the guys were very gifted. Everything they sang, and all album and song titles, were in ‘Kölsch‘, the accent from the region around Cologne. As it turned out, that accent sounded a lot better in Rock’n’Roll than standard German. ‘Für Usszeschnigge!‘, that first record, contained ‘Verdamp Lang Her‘, their first big hit. The example above is ‘Do Kannst Zaubere‘, a nice love song. These guys sound like a mixture of Cat Stevens and Bob Dylan in ‘Kölsch‘.

Ralf Hütter und Florian Schneider founded Kraftwerk in Düsseldorf. In 1970, Techno sounds were unheard of, until they came along. Even the New York Times called them “the Beatles of danceable electronic music”. This tune, ‘Autobahn’, was their first hit.

In the 1980s, Ulla Meinecke from a small town in Hesse was one of the few famous female Rock and Folk stars in Germany. She wrote most of her songs herself, but her German version of Paul Simon’s ’50 Ways to Leave Your Lover’ turned out to be one of her biggest successes.

Founded in Berlin in 1970, Ton Steine Scherben was one of the first prominent German Rock and Blues bands. These guys came up with lyrics which appealed to the far left, including squatters in West Berlin and West Germany. Today, some of the songs sound more like satire, including this noteworthy example. The ‘Paul Panzer Blues’ is radical and revolutionary. One of the band’s co-founders, the late Ralph Möbius, a.k.a. Rio Reiser, was a Pop artist much later, until he suddenly died in 1996, at age 46. This band’s musical abilities were almost unmatched in the German Blues and Rock scene at the time, and still are.

Jane was another band of German Rock pioneers. Founded in Hanover in 1970, this group changed its members all the time. Werner Nadolny, Klaus Hess, Peter Panka, Werner Nadolny und Charly Maucher were the original members. Whether we like their work or not, we have to concede that Jane found their own style and that they raised roofs during their live gigs.

Trio Rio was founded as a Latin Jazz group in 1983. It included Peter Fessler, a gifted composer, guitarist and vocalist, Cläusel Quitschau and Klaus Mages. Later, they decided to become more commercial and enlarged the band. In 1986, Trio Rio released ‘New York – Rio – Tokyo’, a Pop-Funk tune which would become their only big hit. Their live performances, which also included the Hamburg-based percussion master Pablo Escayola, were breathtaking.