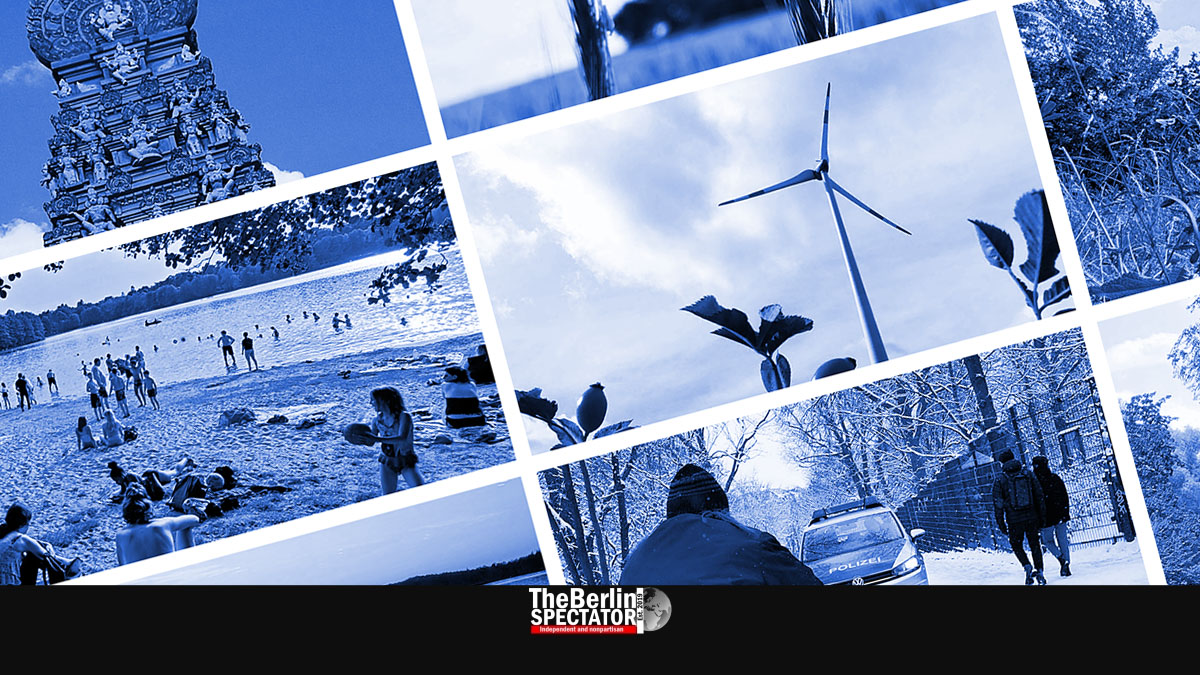 Berlin is Berlin. Except when it isn’t. At some locations, Berlin does not appear to be Berlin. Were these 10 photographs actually taken in Berlin? It may be hard to believe, but yes, they were.

Berlin, October 3rd, 2021. Update: November 28th, 2022 (The Berlin Spectator) — Berlin is crowded and loud, right? Right. But we all know it depends on where exactly you go. There are quite a few spots that do not look, smell, sound or feel like Berlin, even though they are part of the city. These are ten of them.

Berlin looks just like Key West, doesn’t it? There is a slight difference: At Wannsee, a nice lake in the city’s south-western part, nobody gets eaten by sharks. Robert Redford does not look at the horizon in the last scene of the stunning movie ‘Havana’, to music written and performed by Dori Caymmi, either.

Nobody will believe us anyway, but this is the city of Berlin, the big and chaotic melting pot. This shot was taken in Lübars, the German capital’s authentic village.

When the entrance to a big city looks like some village in the middle of nowhere, what will the rest of it look like? Actually, many of Berlin’s entrances look this way.

In 1493, Christopher Columbus brought the first goats to America. And this is what a goat in Virginia or some other American state could look like, if this animal wasn’t a true Berliner. During the warm season, it lives at Britzer Garten park.

Because of global warming, Berlin does not get snow too often. But on January 30th, 2021, that white stuff fell down from the sky anyway. At Hasenheide park, the police checked the situation. So, is this Berlin? You bet.

This French beach does look great. But it is actually located in Berlin. People from all over the city go to Glienicker See, this nice lake, in summer. You can find it in the city’s western part. By the way: Glienicker See is a lot closer than Bordeaux, if you are a Berliner.

There must be millions of jellyfish in all seven seas, including at Mexican Pacific Ocean beach resorts such as Puerto Escondido, Puerto Angel or Zipolite. A few can be found in Zoo Berlin’s stunning aquarium as well.

So, is this really Berlin? Yes, indeed. Located in the German capital’s south-east, New Venice has lots of little canals. Residents there have wonderful gardens and expensive boats.

For years, part of the Indian community in Berlin has been building this nice Hindu temple. Because of Corona and other issues, it has not yet been completed.

In Berlin’s Lichtenberg district, only a few steps from the border to Brandenburg province, the wind usually blows quite strongly. It helps Berlin produce some of its own energy. This place does not really feel like Berlin either.