Indecent Proposal: The Dark Realities of Finding Housing in Berlin 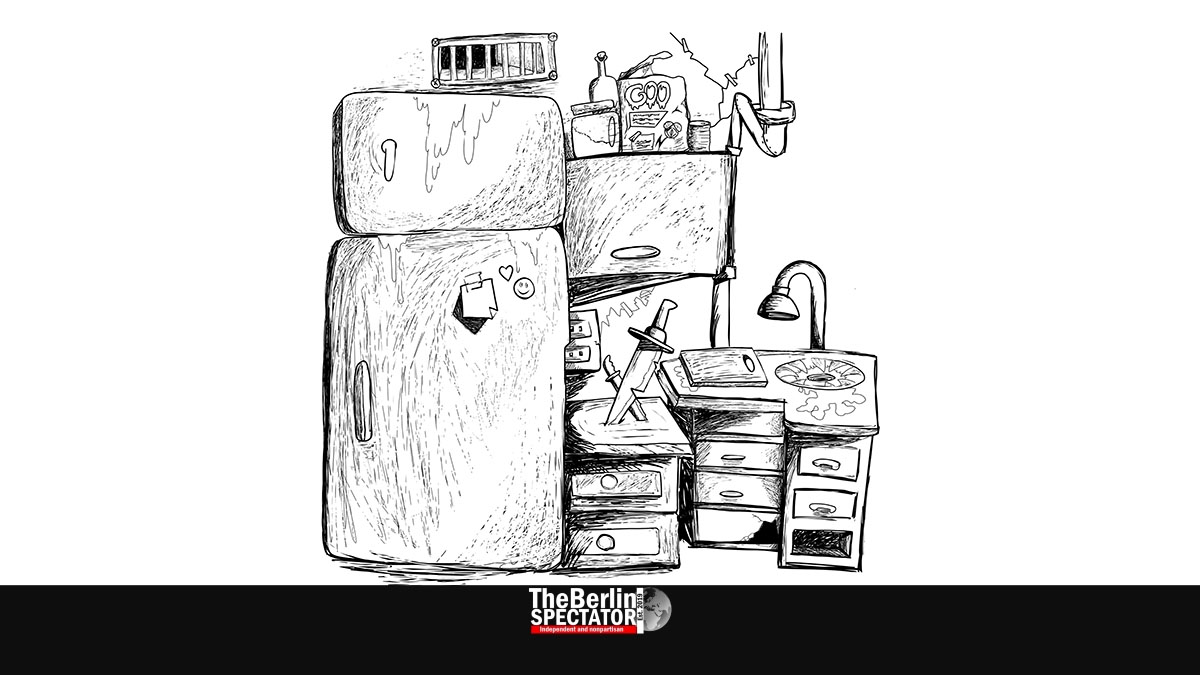 It’s a long and arduous journey for many moving to Berlin. The dream of easily finding good affordable housing is a wishful fairy tale. Most must trudge through unforgiving cyberspaces boobytrapped with scammers and predators to find a place to live. By Olivia Warner

Berlin, December 21st, 2022 (The Berlin Spectator) — The most used websites for renting rooms in Berlin are void of ID verification or payment protection – producing an ideal environment for deceit. These systems allow scammers to spread like mould through the walls and take advantage of vulnerable people desperate for a place to live.

Before I moved to Berlin for my Erasmus+ exchange year from the UK, I was frantically searching for a place to live. I became obsessed with WG-Gesucht, religiously reloading the app every minute to be the first to respond to an advert. Friends joked I resembled a love-struck teenager glued to their phone, praying for a reply from their crush. But as the weeks went on my giddiness turned to dizziness and the chase left me with aches. I raised my budget and dropped my standards, even applying to an ad where the only image was of a toilet seat, but I was still being ghosted more than on Tinder.

Finally, after three weeks, my graft was rewarded, and I received a promising reply from an advert for a room in Neukolln. The room was small and basic, slats on the floor formed a single bed frame and there was only a bedside table for storage. The ad was specified as ‘WOMEN ONLY’, a trope throughout the listings purportedly for safety. This allusive sense of security and the thought of a (sort of) bed flooded me with relief and excitement. These temporary good feelings soon crumbled like the Wall in the Autumn of 89’. I was in lust, not love, and the initial sparks of attraction soon extinguished to stone-cold repulsion.

Man in the Mirror

Looking back, it was a textbook scam. She was out of the country, put pressure on me to pay a large sum quickly, and on google earth the property was obscured. I had let my desperation cloud my reason and ignored these budding red flags. Just as I was crunching down on my poisoned apple the tables suddenly turned and the wool lifted from my eyes. Nestled in the corner of an image of the room lay a small reflection of the male photographer’s genitals. I was amused, bemused and disturbed. An unsolicited dick pic was not in my search criteria.

The ‘WOMEN ONLY’ specification was not for safety but for targeted sexual harassment and misogyny. It was to lure in women already paranoid about their safety on an app without any structured safety measures. It was a sick scheme that no doubt worked a treat. I stopped responding and retraced my breadcrumbs to the safe cocoon of my bedsheets to sulk. But, as it often is with life, my disinterest beckoned their interest and previously intermittent replies suddenly cascaded into a bombardment of abuse and threats. I was to be reported to the app, immigration and the police for ‘scamming’. I would be banned from Germany at the border and never be allowed in. I was ambushed via text, WhatsApp and within the home listing app before I was able to block and report them. I felt like a cancelled influencer seconds after a scandal. I was upset and embarrassed for being so naive.

After my experience with sexual harassment, I decided the safest route would be to find an apartment once I was in my temporary AirBnB in Berlin, either by meeting people or via adverts in the university. Despite my best efforts, this in-person endeavour reaped little reward, so I was obliged to return to my toxic online relationship. I was haunted by adverts I recognised as scams. I saw the images that almost defrauded me countless more times, couched in new profiles and descriptions, but still titled ‘WOMEN ONLY’. Each time I reported the advert, they reappeared a few days later, and I felt sorry for the countless other victims. My frustration pivoted from the player to the game. What safety measures are employed to protect people like me? How hard can it be to filter flagged keywords and phrases? Or block reported IP addresses? Or ID verify advertisers’ accounts? Why is safety not a priority?

Luckily, I write this article from a room I can call my own. I did not get the room online and I share the flat with another girl from the UK. I feel happy, safe and secure and it is a sad fact that that is a privilege. Perhaps it is ironic to direct my frustrations symptomatic of a housing crisis towards house listing sites. After all, unlike German bureaucracy, WG-Gesucht is accessible and easy to comprehend. It facilitates the ebbing and flowing of short-term rentals in a transient city, and crucially, the lack of formal documentation required to rent homes on WG provides a lifeline to migrants, refugees and those without an address. Notwithstanding, the concentration of vulnerable users presents a feeding frenzy for parasitic scammers and the site should do more to keep those already struggling safe.

After my experience, I no longer romanticise home hunting, I now see it through a new lens, one mirroring the ubiquitous covert misogyny built into the furniture of society. And so, as the legendary Gil Scott-Heron sang on his fittingly titled album ‘Pieces of a Man’, perhaps “it might not be such a bad idea If I never, never went home” (hunting) again.

The bio: Hello! I am Olivia Warner, an English Literature undergraduate at the University of Leeds. I am currently in my year abroad studying English Philology at Berlin Freie Universität. I was born and bred in London so I am no stranger to a buzzing city like Berlin. I write features on my experiences in Berlin, most orbiting social-political themes.