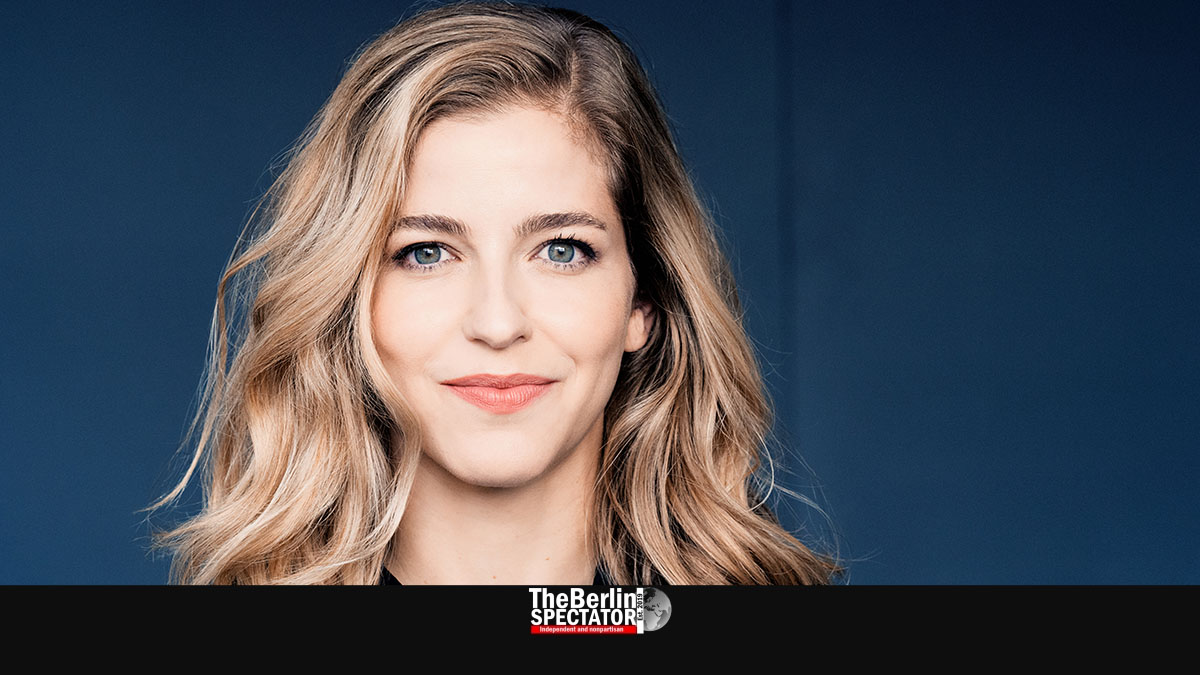 Listing all the orchestras the American conductor Karina Canellakis has worked with is a mission impossible. We will not even try. By the way: She is scheduled to hit the stage of the Berliner Philharmonie in February.

Berlin, December 13th, 2022 (The Berlin Spectator) — When the late Hungarian-Austrian composer György Ligeti completed his Concerto for Violin and Orchestra in 1992, Karina Canellakis already played the violin, but she was only 11 years old. At that time, the composer experimented with micro intervals, an approach that divides the octave into 12 semitones of 100 cents each. Laymen who listen to the piece probably cannot tell, but Karina Canellakis can.

The American conductor with Greek and Russian roots is not a quota woman on the rostrum, and her concerts are no beauty contests either, at least not in the original sense of the word. This is about the beauty of music, about skills, about one of the most gifted American expats Europe is lucky to accommodate, and about a frequent flyer whose career takes place on both sides of the waters known as the Atlantic Ocean.

Apart from Ligeti’s piece, Karina Canellakis added another interesting pick to her upcoming concert in Berlin, namely the Concerto for Orchestra by none other than Witold Lutosławski. The late Polish composer wrote it from 1950 to 1954. The third piece Mrs. Canellakis will conduct at the Philharmonie carries the ‘Made in Germany’ label. It is the Ouverture of Ludwig van Beethoven’s ‘The Creatures of Prometheus’. Those who do not want to miss this concert have to do two things only: First, they should get tickets before they are sold out. Then, they just need to sit down and enjoy.

Since Karina Canellakis does not have a clone, her management has the most difficult job in the world. On January 14th, she will be busy conducting some Brahms with the Netherlands Radio Philharmonic Orchestra at the Concertgebouw concert hall in Amsterdam. From there, she will probably head to Shiphol Airport directly. That is because Dvořák is next, with both the Boston Symphony Orchestra and the Dallas Symphony Orchestra. Six concerts are scheduled to take place in the United States of America during the second half of January.

On February 12th, 2023, at 4:00 p.m. CET, Karina Canellakis will be conducting the Berlin Radio Symphony Orchestra. Afterwards, she will probably remember she still has her main job as Chief Conductor at the Radio Filharmonisch Orkest in the Netherlands. And they will be dealing with Mahler on February 17th. Is this lady busy? You bet.

Karina Canellakis was born into a family of musicians in New York City in 1981. Early on, she started playing the violin. Her interest in conducting developed a bit later. We have one word for you: Juilliard. As a violinist, she played as a substitute with the Chicago Symphony Orchestra. Then, her career got up to speed. Karina Canellakis does know Berlin. This is where she met Sir Simon Rattle who encouraged her to stick to conducting. Has she conducted a million orchestras on just as many stages since? Yes. The rest is history.