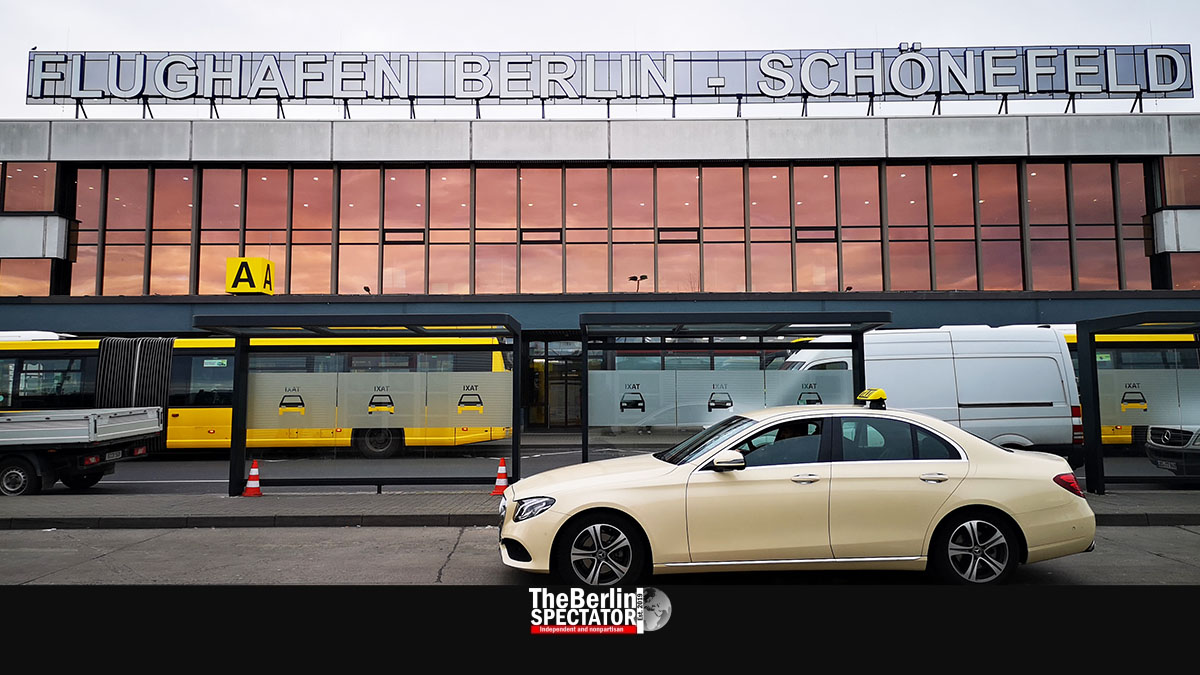 The state-owned company that runs BER Airport, FBB, just decided to shut down former Schönefeld Airport permanently. It had served as BER’s Terminal 5 for a while, but nobody needs it anymore. Besides, it cost a lot of money even when it was not in use.

Berlin, November 18th, 2022 (The Berlin Spectator) — No airport in the whole wide world has been shut down as many times as Schönefeld. Once, it was the pride of the communist German Democratic Republic. The fact that the word “democratic” was part of its name does not mean it actually was democratic. Some GDR citizens had the privilege to fly to Moscow, Havana, Varna and other places.

West German citizens used Interflug, East Germany’s airline, as well. It was cheaper than the western competition. They flew Russian-built aircraft with less comfort, but the food on board was acceptable and it was a nice little adventure to fly with East Germans. Most of those flights either originated or ended at Schönefeld airport, the GDR’s main hub.

After Germany’s reunification, Berlin had three major airports, namely Tegel Airport and Tempelhof Airport, both of which were located in Berlin, as well as Schönefeld Airport out there in Brandenburg province. In the fall of 2020, when nobody needed airports at all because hardly anyone flew thanks to Corona, BER Airport was opened with a slight delay of nine years. It was built to replace all other big airports in and around Berlin.

A few days before BER opened on October 31st, 2022, Schönefeld Airport ceased to exist, meaning it was shut down for the first time, at least sort of. At the same moment, it became BER Airport’s Terminal 5. The three owners of BER Airport, namely the federal states of Berlin and Brandenburg and the Federal Republic of Germany, agreed to shutting down the terminal for the second time in February of 2021, because BER’s new Terminal 1 could accommodate the few people who were flying. This was a temporary decision.

Now that BER’s Terminal 2 is operational as well, the airport has a capacity of 34 million passengers per year even without Terminal 5. At least for now, this is more than enough because the passengers numbers are about two thirds of what they were in pre-Corona times. This is one reason why FBB just shut down former Schönefeld Airport for the third time. The second reason is all the money the old terminal eats up. Even while it was not in service, it cost more than 2 million Euro (2.07 million U.S. Dollars or 1.74 million Pounds Sterling) per month. For an airport that needs to be bailed out by its owners all the time, this is a lot. Today, FBB’s supervisory board pulled the ripcord. Bye, bye, Schönefeld Airport. Bye, bye Terminal 5.

At today’s meeting, the supervisory board also extended CEO Aletta von Massenbach’s contract. While this was going on on Friday, the radical environmentalist group Last Generation (‘Letzte Generation’) blocked the Autobahn to BER Airport. A big traffic jam was created. Some passengers may have missed their flights. It might be a good idea to use public transport to get to BER these days, because there could me more blockades.

Find all articles and features about Berlin’s and Brandenburg’s airports, by clicking here.

Train Tracks Between Berlin and Hanover Blocked due to Accident