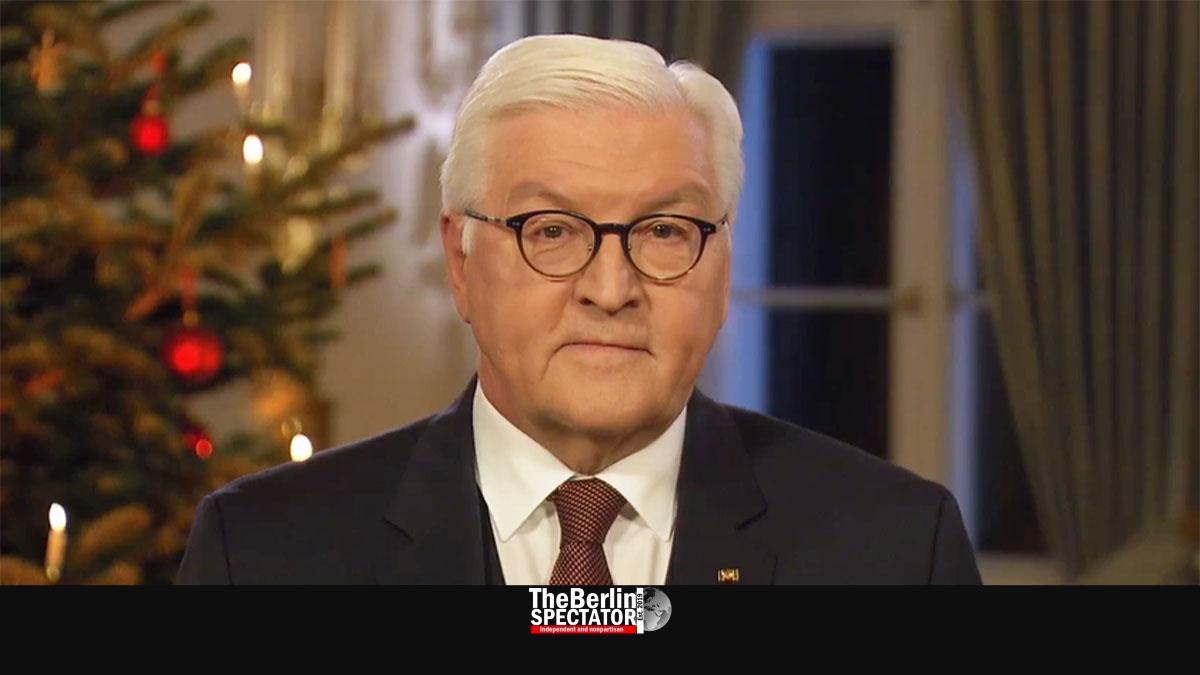 In his Christmas Address, Germany’s President Steinmeier thanked the Germans for their solidarity with the Ukrainian people during the Russian war of aggression. Peace was not yet tangible, he said.

He thanked everyone who had stood up for others this year. Steinmeier said the times were not easy, but there was reason for confidence. Ukraine was asserting itself with great courage and Europe stood together as one, the President stated. Germany was surpassing itself in the challenge posed by the war.

“We did not panic, we didn’t let ourselves be driven apart”, Steinmeier said. “Our democratic state alleviates the heaviest burdens”, he added. Here, he was referring to all the aid packages the Berlin government put together to help Germany’s citizens with skyrocketing energy prices. “In the economy, many are working on emerging from the crisis stronger. And all of you have helped”, he told the nation.

Frank-Walter Steinmeier said he hoped the Germans would “strengthen everything that connects us”. “What defines us at the core, what has always made us strong, endures. We are creative, hard working and we show solidarity. From this, we can draw strength and hope for the new year.”

Peace was “our most fervent wish”, the President stated. “But this peace is not yet tangible. And it must be a just peace that neither rewards land grabbing nor leaves the people in Ukraine to the arbitrariness and violence of their occupiers.”

In his Christmas speech, Steinmeier also mentioned the climate crisis. “The fight against climate change requires the ambition of the young and the experience of the old. Because we all have a common goal: that the younger generation is not the ‘last generation’, but the first generation of a climate-friendly world.”

‘Last Generation’ is the name of a radical group the members of which glued themselves to streets a lot this year. Steinmeier criticized them indirectly: “I hope the younger ones will get involved, that they are critical – without harming the cause of climate protection by antagonizing others”.