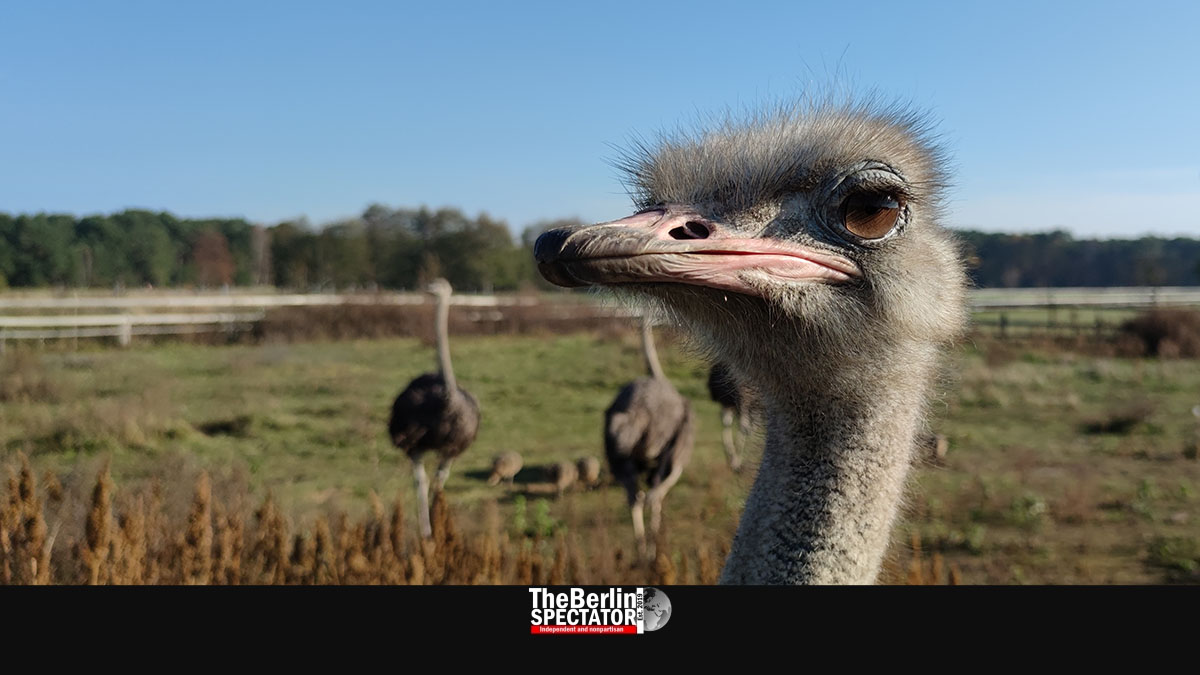 As we all know, Berlin is a great place. The city can be overwhelming, loud and annoying though. Getting out of there on a regular basis is necessary. All the quietude and beauty we want is only half an hour away, in Brandenburg province.

Teupitz/Brandenburg, October 31st, 2021. Update: December 20th, 2022 (The Berlin Spectator) — All Berliners and many visitors who end up in the German capital know Dahme-Spree county in neighboring Brandenburg province. That is because Germany’s newest airport known as BER, which was opened with a slight delay of nine years in 2020, is located in Schönefeld, a municipality of 17,000 inhabitants that is part of Dahme-Spreewald.

People who want to experience the beauty of Brandenburg should definitely not stay in Schönefeld, but go further south. From Berlin, it takes some 30 to 40 minutes to get to Teupitz or Klein Köris, either by train or car. Down here, the world is still alright. This is where the cock crows in the morning and where visitors have to set up their own Internet hotspots with their smart phones because the next WiFi connection is a few miles away. Dozens of cranes fly over Brandenburg’s nice lakes in beautiful formations. In fall, the colors of the leaves on the trees are stunningly beautiful in the sunlight.

The inhabitants of a tiny Germanic village located a few steps north-east of Klein Köris did not have the slightest clue what Diesel is, or WiFi. In 1971, when Brandenburg was still part or the communist GDR, pieces of pottery were found at its former location. In 1976, archaeologists started digging. Their work dragged on until 1995, five years after Germany’s reunification. Today, a partially recreated, authentic Germanic village can be visited.

With a thick Cologne accent, the guide explains how the residents hunted and made the flour they needed for their bread, how they stored their food and how they constructed their little houses, rebuilt versions of which can be entered and inspected. Back then, 1,700 to 1,900 years ago, they used broken stones with sharp edges to cut things. Those tools can be touched on site. They even recreated the ovens they used to bake their bread, and they are functional.

From the Germanic village, the ostrich farm next door can be seen. Here, dozens of these peculiar big birds are walking around on fenced pastures. About forty female ones are separated from five male birds. They are allowed to be together when they are supposed to work on their offspring. Some of these ostriches are courageous. They come to the fence in order to look at these strange humans from Berlin, Karlsruhe and Eastern Friesland. Others are more timid.

The sad thing is that most of the ostriches here will not be alive for Christmas, the Christian holiday which is just around the corner. Yes, these cute birds, with their strange feet which they inherited from the dinosaurs, will be consumed with delicious sauces. Their giant eggs taste well too.

Apart from ostriches, horses, cows, good air, good food and quiet nights, Brandenburg offers countless lakes all over the place. Many of those can be found in Dahme-Speewald county. People do use those lakes. They take romantic walks around them, they go fishing, they take trips on party boats, house boats, rowboats and even yachts, and they jump into them in summer.

Did we mention it is good to get out of Berlin once in a while?