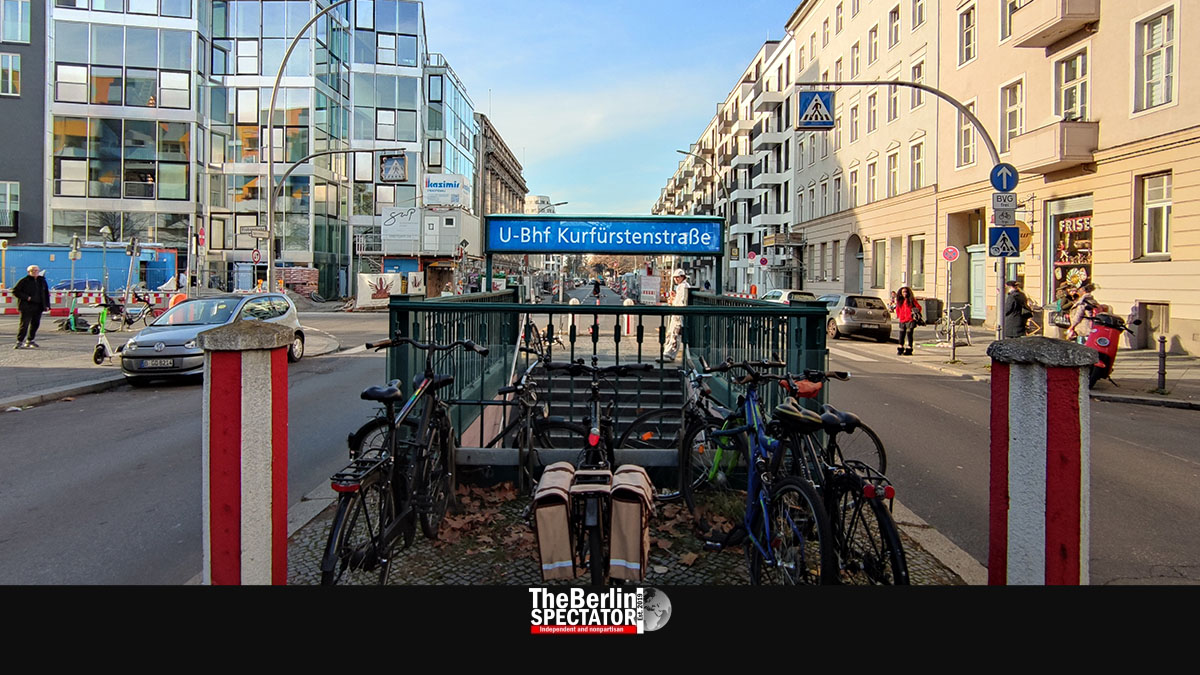 In Berlin’s Tiergarten borough, an NGO has been aiding mostly Eastern European street prostitutes for years. Now, ‘Neustart e.V.’ is preparing a pilot project which is supposed to help them get off the street.

Berlin, November 12th, 2021 (The Berlin Spectator) — If the prince-electors Kurfürstenstrasse was named after knew what is going on there today, they would demand an immediate renaming. The street is part of Berlin’s Tiergarten borough. It accommodates apartment buildings, the ‘École Voltaire’, which is a French school, a church, supermarkets and restaurants, including an Italian one known as ‘Il Sorriso’, (‘The Smile’). But the closer one comes to the intersection this street shares with Potsdamer Strasse, the less smiles there are.

On its stretch between Potsdamer Strasse and Genthiner Strasse, Kurfürstenstrasse is known for street prostitution. This part is so bad Google Street View skipped it when it took the last photos in Berlin in 2008, before they stopped photographing Germany because of the country’s exaggerated data protection policies. One of the problems is the fact that there is street prostitution, for everyone to see, including schoolkids. The conditions under which it takes place are simply terrible. Since the Corona pandemic hit in early 2020, the situation the poorest, most marginalized sex workers are in has deteriorated further.

‘Neustart e.V.’ is an NGO that runs a café right there on Kurfürstenstrasse. Actually, the place is more of a meeting point. The sex workers in the area know they can come here as long as their pimps are not keeping them from going. They also know Gerhard Schönborn and his colleagues at ‘Neustart’, a Christian organization, are ready to help them get away from the street, away from their brutal pimps and away from prostitution altogether if and once they take a firm decision to change their lives.

Right in front of the café, a young Roma lady who sits there in the dirt, next to a pile of old clothes someone left on the street, sees a teenager race by on a mountain bike. “Get off my bike!” she shouts in Bulgarian and runs after him. At the same time, a young Hungarian woman who seems to be part of the same minority, talks to two men in sunglasses, who look like they are her pimps. The next moment, those man stare at The Berlin Spectator’s reporter with a look in their faces which seems to be saying “This is our street. Either buy what we are offering or f… off.”

Then, Gerhard Schönborn arrives and opens the café. Two years earlier, in December of 2019, he had explained how many of the women here were abused on multiple levels. On top of the exploitation and the beating, some of them have been raped by suitors, but refuse to go to the police because they fear their pimps. They know women who complain or try to flee will be beaten even more than before.

As Schönborn explains, Corona made the situation worse for some of the sex workers, especially the homeless ones who live from hand to mouth. Because of the pandemic, prostitution was prohibited temporarily in March of 2020. Fines had to be paid for violations. At that point, ‘Neustart’ teamed up with other NGOs. They wrote a letter to Berlin’s Governing Mayor and demanded that women who acted from necessity did not have to pay those fines. Fortunately, the Senate agreed. From this moment forward, suitors would be fined, but the women on Kurfürstenstrasse were not.

In Hamburg, the authorities did charge penniless street prostitutes. They tried to make first-time offenders pay 5,000 Euro (5,730 U.S. Dollars or 4,279 Pounds Sterling) and even attempted to charge them 25,000 Euro (28,652 Dollars or 21,393 Pounds) when they got caught again, Schönborn says. Of course, none of the sex workers on the street could ever pay these kinds of amounts. At Kurfürstenstrasse, he stopped the police when they tried to collect fines in the spring of last year. Nobody had told these officers about the Senate’s decision to refrain from fining poor, homeless women who already have far too many problems.

The majority of prostitutes in this quarter are from Hungary as well as from the two poorest nations in the European Union, namely Bulgaria and Romania. According to Schönborn, some of the pimps from there took “their” women away, probably back to those countries, when they noticed Corona had basically ended their “business”. Later, when the situation improved to some extent in summer of last year, they returned. Some of the same women showed up again.

During the first Corona months, only the most needy women stayed. ‘Neustart’ had to close its café for a while, because of the pandemic, but the NGO helped them anyway. They quickly set up a large table right there on the sidewalk, on which they provided food, warm beverages, hygiene articles, clothing, Corona masks and disinfection fluid. They also collected donations and gave out voucher cards for supermarkets. Several comparable organizations closed down due to Corona, which meant that ‘Neustart’ was the only helper many of the women had.

Working on the sidewalk had one advantage: Hungarian sex workers who hardly ever entered the café, because their pimps did not let them, were now accessible. Gerhard Schönborn’s colleagues could finally talk to them. But, suddenly, they were gone for several months. “Now, some of them are back”, he says. But the pre-Corona numbers have not been reached again. Some prostitutes Schönborn’s organization was in contact with quit when Corona hit.

Of course, the street prostitution on Kurfürstenstrasse caused issues long before Corona hit. Residents in the area kept on complaining about used condoms they found all over the place, about the fact that the sex workers constantly offered themselves in front of a school, and about suitors and prostitutes who had sex in the staircases of apartment buildings. After conducting lengthy discussions, the district acted by setting up two wooden toilet huts. Those who want to avoid reading about disgusting aspects may want to skip the next paragraph.

The main purpose of those toilets was to provide cabins in which paid sex could take place. This is still the case, in conditions that deserve the word ‘terrible’. Since these toilets cannot be cleaned every few minutes, feces, urine, blood and used condoms are all over the floor and the toilet seats all the time. Still, they serve as sex boxes too. How disgusting can things get? Since the Corona crisis commenced, two more ‘toilet sex boxes’ were set up in a side street. “These boxes symbolize these women’s misery”, Gerhard Schönborn accurately states.

‘Neustart’ wants to help women get out of prostitution. They even approach Berlin’s 400 brothels. In many cases, the owners deny them access, in others they were able to talk to the sex workers. The total number of prostitutes in Berlin was 8,000, before Corona. Only one in four was registered. Schönborn says, instead of investing into ‘sex boxes’ the state should actually help the women. Those who wanted to quit needed a lot of personal support by social workers, in order to succeed.

Now, the NGO is in the process of starting a pilot project for sex workers who want a way out. They got support from Germany’s Family Ministry, when it was still being headed by Franziska Giffey, who will likely be Governing Mayor of Berlin before this year ends. The idea they are implementing is to rent an apartment with room for three women who are determined to get out. They will move in and stay there until the basis for their new life is available, including their own apartment, a registration, a health insurance policy and a regular job. Once one woman leaves into her new life, the next one can move in. If successful, the model might be extended and implemented in other cities as well.

Prostitution in Germany is legal, but forced prostitution and violence are not. There are sex workers in the Federal Republic who are insured and registered, who chose to do this work, who want to continue and who are not being threatened by pimps. On the other hand, there are victims of homelessness, violence, drug addiction and others issues too. They badly need help. Now, in times of Corona, they need it even more than before.