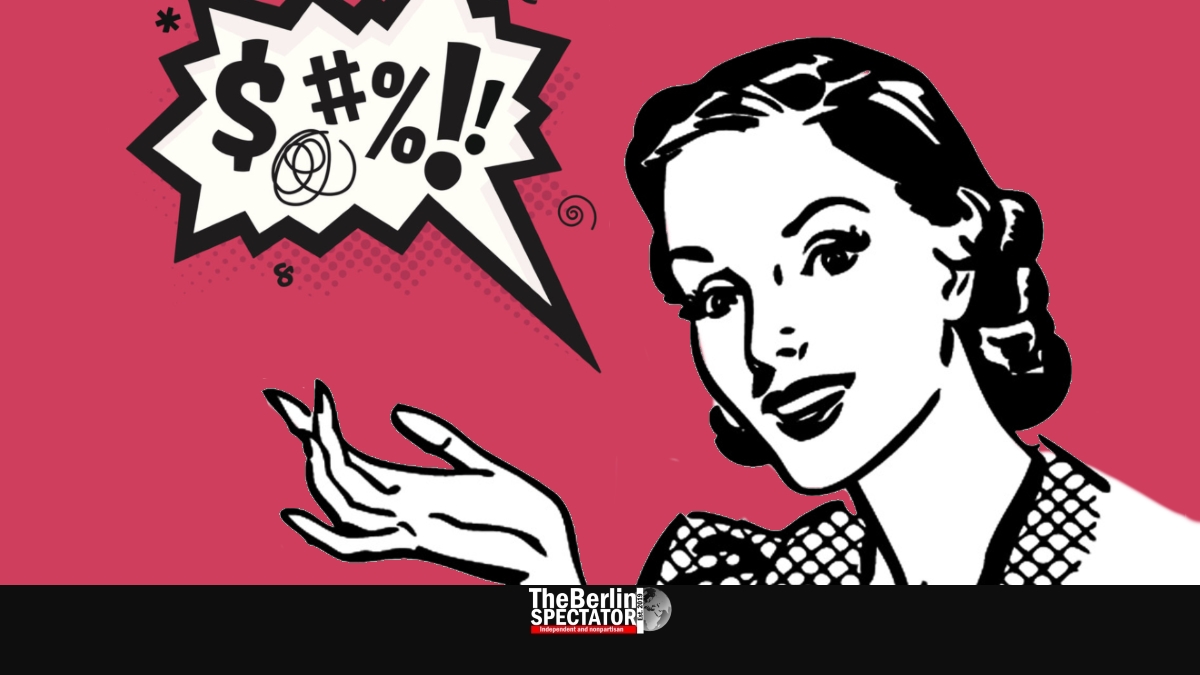 All languages have swear words and many people use them all the time. While learning new languages, such as German, it is always a good idea to cover the main four-letter word first. It is ‘Scheisse’.

Berlin, September 5th, 2020 (The Berlin Spectator) — In any language, swear words are like valves. Those who use them normally intend to let off steam. Swear words are used to express anger or excitement. They can break the ice between people. On the other hand they insult and provoke the sh*t out of us.

Expatriates in Germany are confronted with a difficult language. Even though English is part of the family of Germanic languages, meaning English and German are supposed to be similar, they are actually very different, including their swear words.

‘Scheisse’ beats them all. It is Germany’s universal swear word. Therefore, it can be used for basically anything. ‘Scheisse’ is always the right answer. By the way: Its actual spelling is ‘Scheiße’, meaning it includes that weird-ass letter ‘ß’ the Germans seem to love so much.

In some situations, four-letter words are required. Some dumb son of a bitch just cut you off at an intersection in Berlin or elsewhere in the German-speaking world? Your Nutella sandwich fell on the new carpet? You just got an ‘E’ for your math test? Those situations need the right word.

It is important to know that ‘Scheisse’ is both a noun and and adjective. When used in the latter case, it is being spelled with a lower case first letter. The word also has a couple of variations. You need to insult someone? Calling that person a ‘Scheisser’ or ‘Hosenscheisser’ is very effective. The female version would be ‘Scheisserin’ or ‘Hosenscheisserin’, but these are not being used much.

Yes, it is good to have an emancipated language. But it is ‘scheisse’ (adjective) when people exaggerate in this regard, like they do in Germany. By the way: The word ‘Scheisse’ is female, meaning it is ‘die Scheisse’. It should be male though, because of all the ‘Scheisse’ men pull.

So, someone scratched your shiny Pontiac TransAm on the parking lot? ‘Scheisse’! Your company is about to send you to Pyongyang? ‘Scheisse’! A virus called Corona just hit the world? ‘Scheisse’! You are being caught reading an article about German swear words? ‘Verdammte Scheisse!’

Do you know what the best part is? The word can be used for positive events as well. Your spouse just purchased an expensive juice extractor for you? ‘Scheisse!’ Your article is actually being read? ‘Scheisse!’ Your candidate was just elected President of the United States of America? ‘Scheisse!’

For those who want to blend in, using the word a lot is recommended. Trying to avoid swear words is — you guessed it — ‘scheisse’ (adjective). Over and out.