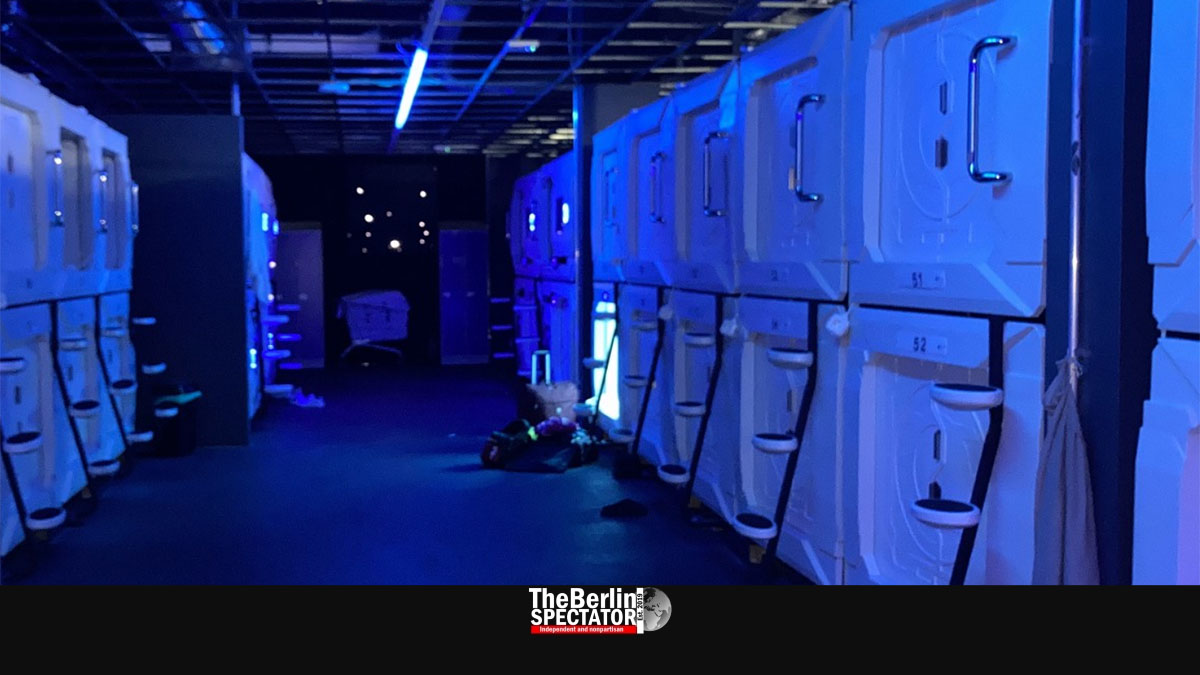 Since my last disastrous stay in a hostel in Madrid — it wasn’t so much the hostel — but the mysogynistic devil of a guy in the bed below me who offended me so much — I decided it was time to call it a day on sharing rooms in such close proximity to strangers and horrors, for the sake of my sanity and potentially their safety. Let’s face it, staying in a space with strangers, having to safeguard your belongings constantly, and ensure your own and everyone else’s privacy respected is exhausting.

This vile character, Marco, happened to be Italian, and incorrectly assumed I was sexually interested in him, later boasting about not using contraception with women, saying if they ever became pregnant, he would “kick them hard in the stomach just like everyone else does.” Sick, shocking and appalling, this admittedly intelligent guy was alarmingly training to be a police officer in Rome, and indeed spoke about mass corruption in the Italian police. Seeing and hearing how disgraced I was, he ran to the room behind the curtain of his bed. Funnily enough, he’d earlier said it must have been fate that we were in the same room. I didn’t respond, but the rest of his chat was actually engaging.

Let’s just say after some necessary drama and earbashings from me, I personally ensured he was banned from the room, and he scurried away with his baggage, while the Mexican brother and sister in the same space backed me up afterwards. This was such a relief and a refreshing change for strangers to have my back, rather than ignorantly judging me for being the crazy one after reacting strongly to someone else’s abhorrent, sexist, toxic treachery late at night.

Utterly exhausting. But let’s face it, on a more simplistic, everyday basis, staying in a space with strangers having to safeguard your belongings constantly, and ensure your own and everyone else’s privacy is respected is very tedious, awkward and time consuming. But sadly at the end of the day when you’re on a budget, there’s not much choice other than to slum it out with unpredictable members of the public. The cost of this place was 45 Euro per night, which was painful, but there’s very little cheaper in Berlin these days. This hostel is by Stadtmitte in the boring corporate end of Mitte with few appealing cafes, bars and eateries. Checkpoint Charlie and The Gendarmenmarkt are nearby though.

I was in my second city Berlin to collect some belongings, and don’t like to encroach on friends’ living spaces, so decided to haul my belongings around between a dirty, dilapidated rip-off hotel last hoovered in 1987, and this dark hostel where you’d never know if it was night or day. Mr. Uber dropped me off outside number 45, which had no indication of any existing hostel, and it was like trying to find a needle in a haystack until you eventually noticed the discreet Spacenight buzzer, after frustration fuelled sweating and swearing. Rossman was on the ground floor and hotchpotch shop Tedi upstairs. The escalator was broken, but luckily the elevator was working for the heavy luggage.

As it’s pretty dark with spotlighting and illuminated planets at the end of corridors, people don’t even look at one another as they walk around. I found this quite bizarre, but didn’t force anything and just played the game, even though I’m usually really friendly. No small talk, such as where are you from and what do you do was initiated, which was actually a bonus. Secret — I rarely tell people I’m from Scotland these days as it excites them too much. No, whisky wasn’t distilled by yours truly, and I didn’t erect the amazing castles or grow the stunning landscape. So I’ve taken to saying I’m from Luxembourg, which keeps folk quiet. There was actually a space for gathering by reception, where I noticed people on my third night laughing and chatting, adding more of a sense of normality to the place.

So, in the capsule you have maximum privacy as your doors lock, keeping everything secure. Your keycard activates the lights and there are ample sockets for essentials. The card also operates the lockers, so there’s no need to pay five Euro for the 50th freakin’ padlock you’ve bought in 5 years. The mattresses are comfy and there are ledges for your bits and pieces, and a bedside lamp, in addition to the main lighting. I was living out of six unorganised bags which was really stressful, and kept misplacing things, getting me into a sweaty stressy time, repeatedly hunting for stuff in the dark, or humphing bags into the capsule to find things, ending in utter chaos. Lighter travellers would cope much better here, or anywhere for that matter.

There are even capsules for two people, or couples, which I found a little disconcerting for obvious reasons. And indeed one night I couldn’t work out if I was hearing howls of pain or something more outrageous, which seemed to go on for too long. What on earth? True enough though, when you’re in those elusive zones, it feels as if time has stopped and you’re completely detached from the world outside, which for people with zero conscience, means forgetting anyone around them exists. Who turns criminal when the lights go out?

Eventually a hostel worker managed to calm things down a bit. Actually, reception staff were generally really helpful. The girl above me coughing every 50 seconds, totally did my head in though. Surely that can be controlled with more consideration and remedy. Again, she probably just assumed I couldn’t hear her, or simply didn’t care, more to the point. Again, that’s the price of anonymity.

If you were feeling really depressed and wanted to lie down deathlike all day, this would be the ideal place for you. Day turns to night, night turns to day. You have no concept of anything that’s going on outside of your capsule, just solitude and comfort. I also got the feeling you could be lying in your capsule dead until someone opened you up at check-out time, due to the lack of interaction with people. But for those of a more sound mindspace, which I assume would be the majority of travellers, it would be unbearable to lie in the capsule all day, unless they were hungover.

Being comatose in the capsule also gave me an idea of what it must be like to work in a decompression unit as a diver, especially when it got so claustrophobic in the mornings here. I thought of my friend’s diver dad who ended up “such a psycho and grump” (her words not mine), after too many years living underwater, even though he earned a mint and drove every car of his dreams. Cue shower time. The 12 bathrooms with power showers were really clean, and the capsules were also cleaned and sprayed thoroughly for the next spacehead.

So the verdict — would I return to the black hole? Not through choice as I realise I thrive more on partial daylight, and slightly more of a buzz about the place, but the privacy, cleanliness and security of belongings were in their own league, relieving some stress, worry and tension on your travels. Depending on my budget and circumstances, I’ll hopefully be light-years away from returning, but who knows what the meteors have in store for me in the future.

This piece was first published on Lesley Haw’s blog which can be accessed here.

A Scottish element is sprinkled to The Berlin Spectator with me, Lesley Haw. Berlin is my second city after living there for many years. I've worked in BBC broadcast journalism/radio production across Scotland, plus copywriting and copy editing for many European companies and green economy startups. Away from the laptop, I love cycling, tennis, animals, diverse music, films and true crime. I also love big cities, lovely landscapes, waterparks and the seaside.