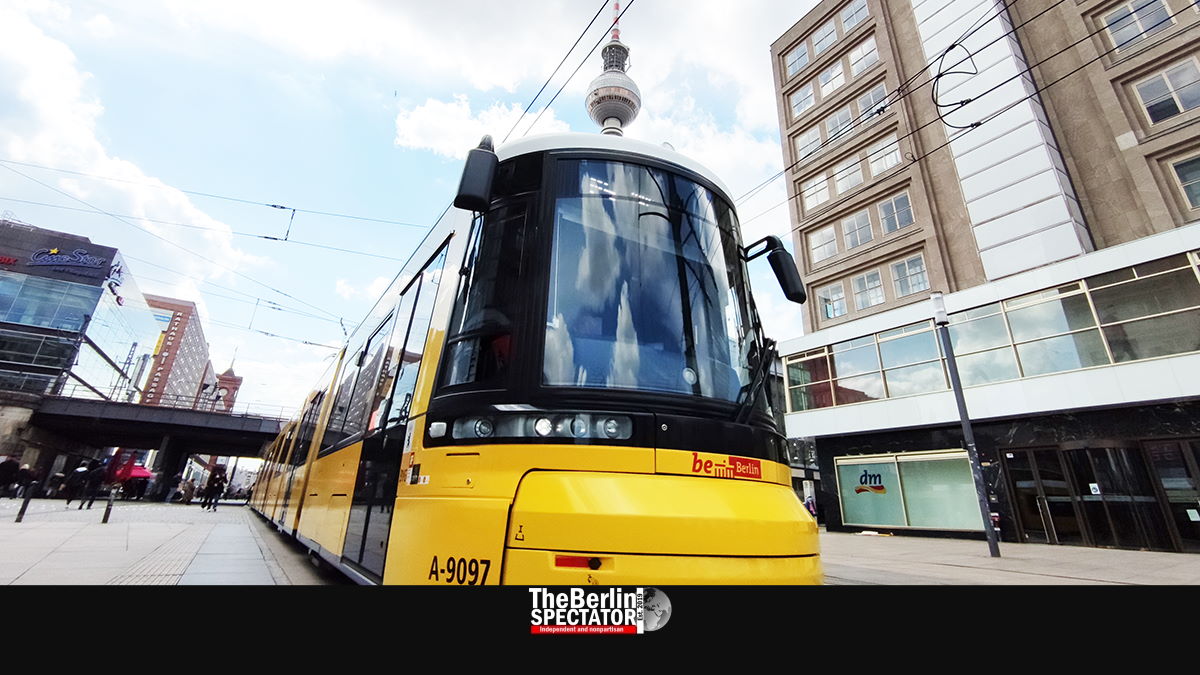 Berlin’s main public transport provider is getting ready to put in place its new timetable on December 11th, 2022. The upcoming changes include a prolonged tram line 18.

Berlin, December 3rd, 2022 (The Berlin Spectator) — After December 11th, Berlin will still be Berlin. This time, there are no new ‘U-Bahn’ train stations or lines. But tram line 18 is being extended. So far, it connected the ‘S-Bahn’ station Springpfuhl to Riesaer Strasse out there in Hellersdorf, in Berlin’s eastern part. With the new timetable, it will take people from there all the way to the Friedrichshain borough.

This basically doubles the route length of tram line 18. It is no longer a line somewhere in the outskirts, but one that almost reaches the center of the city. Generally, Berlin’s tram is the eastern means of transport, meaning it does not really reach former West Berlin. But it will, more and more. For instance, there are plans to extend the M10 line into Kreuzberg, but this is a different story.

Lots of changes will be kicking in on December 11th, 2022, on tram, bus and ‘U-Bahn’ lines. First of all, dozens of bus stops are being renamed, which might confuse some passengers at first. On the N9 night bus, the stop ‘Atzpodienstrasse/U Magdalenenstrasse’ will be known as ‘Magdalenenstrasse/Buchberger Strasse’, and on the X69 bus, the stop Blumberger Damm/Eisenacher Strasse will be called Bärensteinstrasse. These are only two of many examples nobody wants to know about, except for the people who live out there in the outskirts.

Some good news was included in the BVG’s long list of changes. A positive one is about to affect passengers on the U9 (it’s the ‘U-Bahn, Germany’s equivalent to the metro, the subway, the underground or the tube). During the busiest times, Mondays to Fridays from 7:00 to 10:00 a.m. and from 1:00 to 7:00 p.m. CET, trains are supposed to arrive at any station every 4 minutes. At this stage, the frequency is slightly lower.

Berlin’s tram line 16 was improved too. With the new timetable, one of its final stops, ‘Scharnweberstrasse/Weichselstrasse’, will not only be renamed ‘Traveplatz’, but it is also being moved towards the east by one block. That way, the distance between stops will be adjusted.

All in all, some 60 changes were announced. Most of them affect bus lines. The entire list (in German) can be downloaded as a pdf file. This is the download link. The state-owned BVG has 15,800 employees, nine ‘U-Bahn’ lines, 22 tram lines, 152 bus lines and six ferry lines three of which are operational during the warm season only. More than a billion passengers take rides on BVG vehicles, trains or ferries every year. Berlin’s ‘S-Bahn’ city train is run by Deutsche Bahn, another state-owned company.