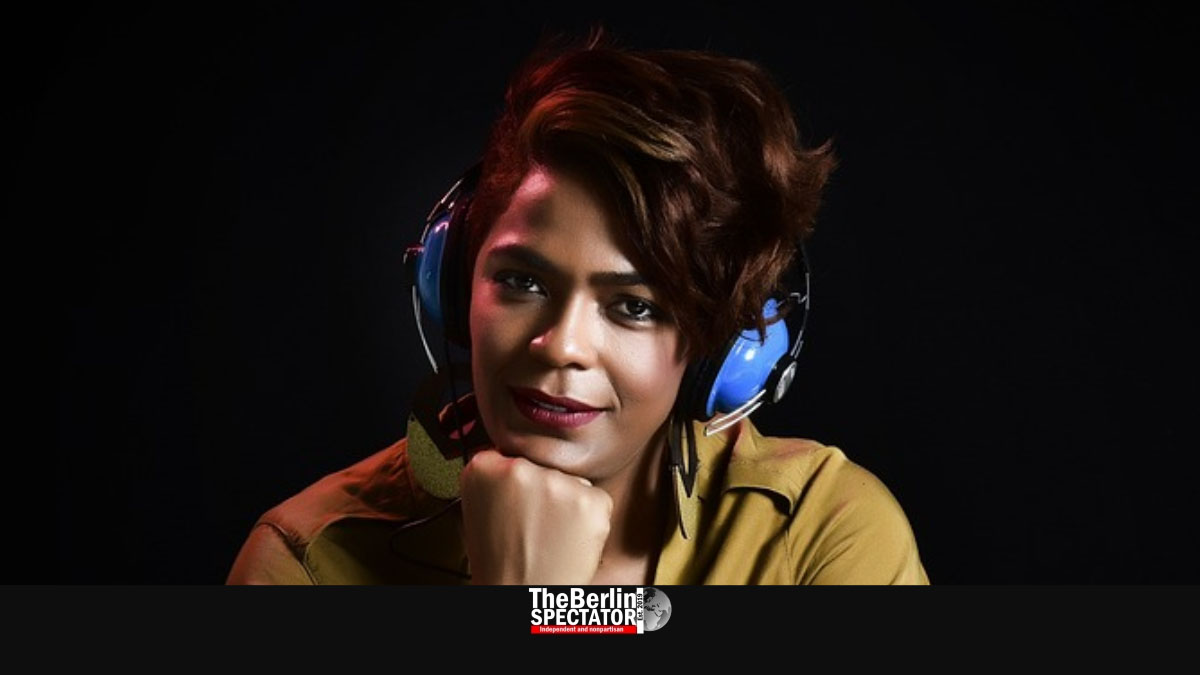 Quality music is alive. We just need to put more effort into looking for it. If Funk, Contemporary Jazz and Brazilian sounds are your genres, or if you do not know which ones you are into, you came to the right place. This year, some brilliant sounds were composed, recorded and released.

Berlin, November 29th, 2022 (The Berlin Spectator) — In 2022, the year that will end rather soon, some noteworthy music has been published. It includes stunning slap bass lines, fascinating Adult-Oriented Rock (AOR) sounds, beautiful Bossa Nova and sophisticated Jazz-Funk. These are ten examples.

Dave Lee did it again. Our favorite DJ has produced countless brilliant remixes of legendary Funk classics. In this case, his own Sunburst Band delivers the instrumental ‘Let’s Do It in Style’ with nice harmonies, just the right ones, a good rhythm guitar and a convincing keyboard solo. So, you want laid-back Funk sounds? You just found them.

Eliane Elias is the master of Bossa Nova piano. Hearing her play even sambaresque pieces on the concert grand on stage is a lasting experience. Her latest album ‘Quietude’ includes this stunning tune entitled ‘Só Tinha Que Ser Com Você’. This is contemporary Bossa Nova at its best.

With their project STR4TA (spelled with a 4), Jean Paul “Bluey” Maunick and Gilles Peterson dove back into British Jazz-Funk of the late 1970s. Both of them were integral parts of its development, Peterson as the main “Acid Jazz” DJ and producer, and Maunick as the founder and leader of Incognito. Now, they are back in business together. Especially the extended slap bass intro makes ‘Turn Me Around’ a killer tune. Amen.

Norman Brown released ‘Let’s Get Away’, his eleventh studio album, in March of 2022. He tells stories with his guitar and he is one of the most brilliant guitarists ever. His more recent albums dive into the very commercial American “Smooth Jazz” style a little too much, probably because the labels are forcing him to take this approach. But Norman Brown does it all. He takes the Wes Montgomery approach and plays sophisticated American Jazz-Funk. Nobody sounds like him. This piece, ‘Easy Livin”, is from his new album.

Here’s another tune with a sensational intro. Since their foundation, Young Gun Silver Fox have brought back the AOR era of the late 1970s and early 1980s. Their new album ‘Ticket to Shangri-La’ is no exception. Today’s Pop music is mostly terrible. With ‘Still Got It Going On’, this song, Shawn Lee and Andy Platts show the world what it should sound like. Congrats!

As we stated in an article about Snarky Puppy’s recent European tour, “the group’s music is diverse, unbeatable, majestic, surprising. In part, it might seem experimental but it always returns to structured, uplifting sounds you can easily create if you are in Michael League’s league. The problem is that hardly anyone on this planet is.” League, a bassist from Texas, founded Snarky Puppy. Intellectual Jazz-Funk is probably the right word for his genre. ‘Pineapple’ from their new album ‘Empire Central’ obviously is a killer tune.

Liniker de Barros Ferreira Campos is a trans activist, as well as a stunning composer and singer from Araraquara in Brazil. She teamed up with the legendary Marcos Valle for an album they released together this year. ‘Vida’ is an uplifting and fascinating Musica Popular Brasileira song. This entire collaboration is interesting.

Where do the best European Jazz-Funk bands come from? They’re mostly British, of course. But there are exceptions. The Dutch act Tristan is one of them. When they released ‘Full Power’ in 2014, people were literally blown away by the energetic Jazz-Funk of the highest quality these guys delivered. Back then, they had a million horns and backing vocalists. Since, the project has decreased in size, but the sounds they release still are more than convincing. ‘Something Like This’, with its prominent Funk rhythm guitar, is an excellent example.

Here’s another American genius who does not follow the Smooth Jazz approach: The composer, bass hero and band leader Khari Cabral Simmons just released the album ‘5’ with his group ‘Jiva’. ‘North Node’ is an energetic Jazz-Funk track. Simmons is also into Brazilian sounds, as his past albums show. Whatever comes out of his studio is stunning. Period.

The organist, composer and arranger James Taylor from England founded his James Taylor Quartet (JTQ) in 1985. One thing is certain: This guy never runs out of ideas. First, he and his band recorded funked-up 1960s music. Later, they became part of the ‘Acid Jazz’ movement. Albums like ‘In the Hands of the Inevitable’ or ‘Supernatural Feeling’ are unforgotten. JTQ even teamed up with a boy’s church choir and paired their singing with Jazz-Funk. Their latest album ‘Man on the Hotseat’ partially goes back to the roots. This is ‘Cold War Etiquette’, an instrumental Jazz-Funk piece with a 1960s tendency.

Note: We are not responsible for content that was uploaded to third party websites such as Youtube. Please adhere to the copyright laws in your region. This is what we are doing.