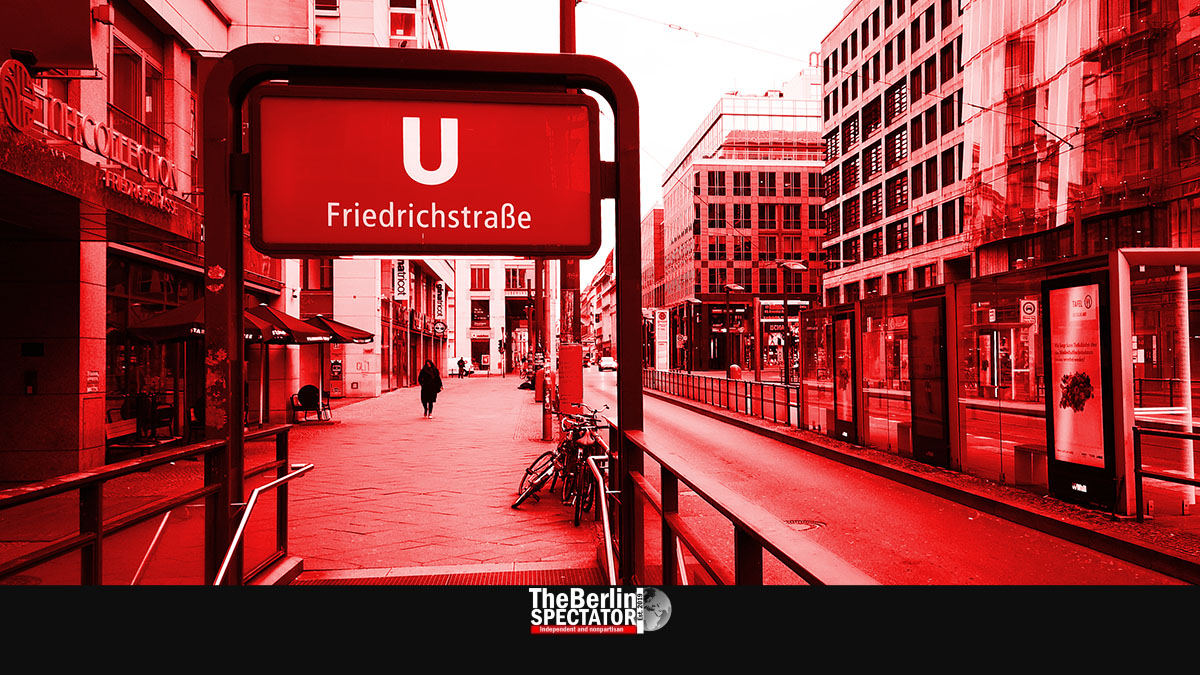 As many as 50,196 Germans and other residents got infected with the dangerous Coronavirus in the past seven days. This is yet another record. Because of the alarming situation, the city state of Berlin just changed the Corona rules again.

Berlin, November 11th, 2021 (The Berlin Spectator) — For the third time in a week, Germany registered its highest number of new Corona infections ever. According to the Robert Koch Institute, there were 50,196 of them in the past 24 hours. The country’s Seven Day Incidence climbed to another record high as well. It now stands at 249.1. Since yesterday, 235 Corona patients died. At Germany’s hospitals, 2,739 persons with COVID-19 are in intensive care by now.

All Corona numbers are literally exploding. The federal state of Saxony now has an Incidence of 521.9. Thuringia and Bavaria are above 400 and Baden-Württemberg surpassed the 300 mark. In Berlin (263.4) and Brandenburg (285.7), the situation is serious as well. For Berlin’s Neukölln district, the Robert Koch Institute reported an Incidence level of 305.5. It has never been this high before, even though Neukölln has been a main Corona hotspot several times since the pandemic reached Germany 653 days ago. Reinickendorf is at 304.8.

Several of Berlin’s districts stand between 200 and 300. They are Mitte, Tempelhof-Schöneberg, Charlottenburg-Wilmersdorf, Pankow, Spandau, Friedrichshain-Kreuzberg, Treptow-Köpenick, Lichtenberg, and Marzahn-Hellersdorf. Berlin’s overall Incidence is now 263.4. Because of the deteriorating situation, the Berlin Senate just decided to tighten the Corona rules again, after debating the implications of the alarming numbers for two days. Unvaccinated persons will largely be excluded from public life.

In the city state of Berlin, the new restrictions will be published in the official gazette on Friday, and put in place on Monday, November 15th, 2021. Officially, this is the tenth amendment of the third “infection protection measures ordinance”. It extends the ‘2G’ rule to many areas in which it was not mandatory until now. What the Germans call ‘2G’ stands for locations with access to vaccinated and cured persons only.

Until now, certain kinds of businesses in Berlin had the choice. They could either apply ‘2G’ or ‘3G’ rules. The latter also included individuals with negative Corona tests. From next week, this is a thing of the past. Earlier this week, Berlin’s acting Governing Mayor Michael Müller had stated things would become “more uncomfortable and more complicated” for persons who were not vaccinated or cured.

Retail businesses do not have to apply ‘2G’ rules. Neither do universities and libraries, but everyone there needs to wear masks. Employees in gastronomy businesses who are not vaccinated need daily Corona tests. The Berlin Senate also tightened the rules for businesses in general. Firms that do not really need to have their employees to come to the office all the time, were asked to let half their staff work from home. Companies need to provide or pay for two Corona tests per week for anyone who does have to go to the office.

Individuals who are younger than 18 or who cannot be vaccinated against Corona for medical reasons are exempt from the ‘2G’ rule. At some point in the foreseeable future, the Berlin Senate might apply ‘2G Plus’ rules in clubs and similar venues. This will mean that even vaccinated persons will need Corona tests with negative results to get in.