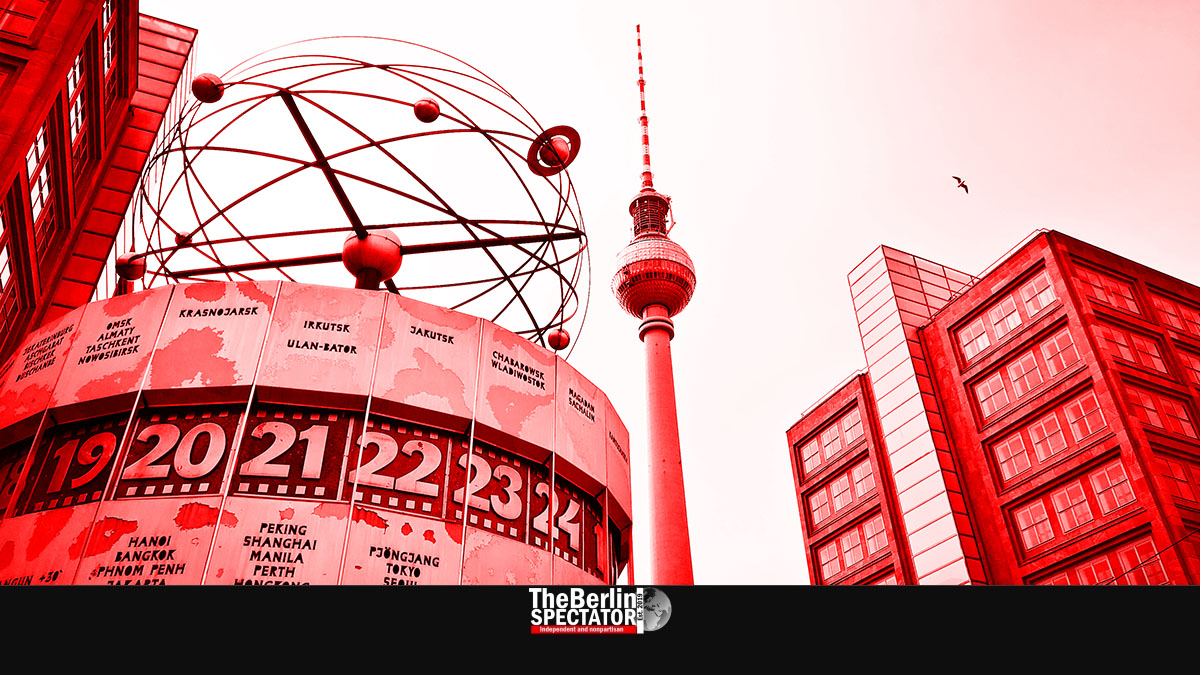 In Germany, the Robert Koch Institute says the threat Corona posed to unvaccinated persons was “very high”. Therefore, contacts needed be reduced to a minimum.

Berlin, November 12th, 2021 (The Berlin Spectator) — The infection numbers the Robert Koch Institute (RKI) releases on a daily basis remain extremely high. In the past 24 hours, 48,640 new ones were registered. It is the second-highest number ever. The highest one was reported yesterday, when there were more than 50,000 new cases. What experts had predicted is now happening. Obviously, a Corona vaccination rate of 67.3 percent is not good enough to curb the virus.

In its latest weekly report, the RKI says people needed to reduce their contacts to a minimum and refrain from taking part in big events because the danger the pandemic posed to unvaccinated persons was “very high”. For vaccinated individuals, it was “moderate”, but increasing. Wearing masks and keeping one’s distance was necessary for everyone, including vaccinated and cured persons, the report reads.

There are good reasons for the RKI’s warnings. Germany’s Seven Day Incidence rose to 263.7, which is a new record. The number of Corona-related deaths since yesterday is 191, and that of Corona patients in intensive care increased to 2,828. Looking at Germany’s federal states is not encouraging either. Saxony’s Incidence is 569.0. Thuringia is approaching the 500 mark and Bavaria just reached 454.9.

Baden-Württemberg and Brandenburg are above 300. Berlin stands at 279.2. The Seven Day Incidence shows the number of infections per 100,000 inhabitants within the past seven days. Now, there are four German counties with Incidences higher than 1,000. They are Rottal-Inn, Miesbach, Mühldorf am Inn (all in Bavaria) and Sächsische Schweiz-Osterzgebirge (Saxony). Six counties are above 900, two above 800 and nine above 700. The RKI reported Incidences above 260 for 50 percent of Germany’s 412 counties.

Berlin’s Neukölln district has an Incidence of 331.6, Tempelhof-Schöneberg is at 311.6, Mitte at 310.5 and Friedrichshain-Kreuzberg at 300.4. These are the German capital’s Corona hotspots, but things do not look much better elsewhere in Berlin. On Thursday, the Berlin Senate tightened the Corona rules by forcing restaurants, cultural venues and fitness studios to welcome vaccinated and cured persons only. The new measure will apply from Monday, November 15th, 2021.

According to a report published by Funke Mediengruppe, Germany intends to declare Czechia, Hungary and parts of Austria ‘High Risk Areas’ because of skyrocketing Corona infection numbers there. There is another country which should be listed in that category too, namely Germany itself.