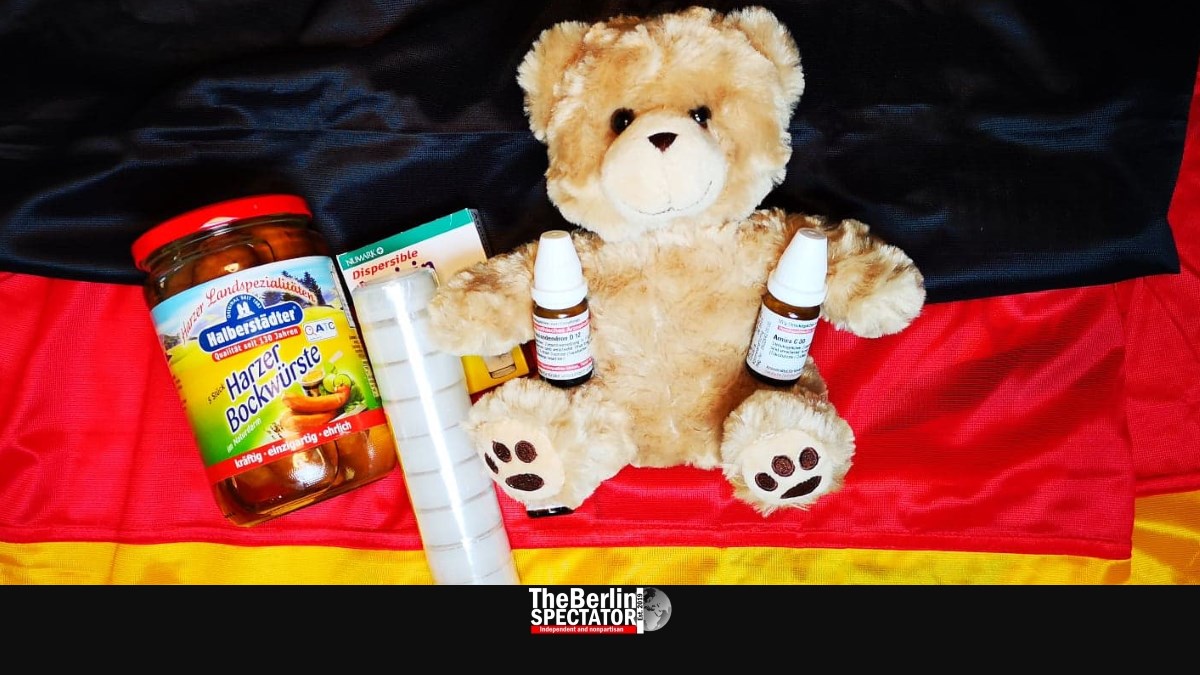 The Germans have invented so much, their complete series of inventions would create a list so long it would have to be invented first. With all of those inventions, it is safe to say the Germans invented the invention.

Berlin, April 12th, 2019. Update: Berlin, December 7th, 2022 (The Berlin Spectator) — This is not about the obvious stuff, such as the wall plug or the bratwurst, but more useful things or characters like the Easter Bunny. Or what about the Fahrenheit temperature scale? Mr. T. Scale was a smart fellow. Yes, we were only testing your attention. The inventor was Daniel Gabriel Fahrenheit. All of these conversions. It’s all his fault.

How about the universal medication called Aspirin? It helps people get through colds, keeps fever down, gets rid of pain and decreases the risk of a heart attack. Aspirin obviously works against everything. Was it invented in Germany? You bet.

Samuel Hahnemann from the town of Meissen developed alternative medicine by coming up with homeopathy. He lived from 1755 to 1843 and tested his plant-based medication on himself. The more the plants are diluted, the stronger the medicine becomes. Go figure. By the way: There is a Hahnemann statue in Washington D.C., not so far from Dupont Circle.

Cocaine is another useful German invention. That’s what Pablo Escobar, George Jung and many others must have thought while weighing their Dollar bills. Those who were exploited, threatened or even killed for or by this drug would surely see it in a different light. Friedrich Gaedcke first isolated cocaine alkaloid in 1855. Shortly after, it was used for medication.

Konrad Zuse, a Berliner by birth, invented the first programmable computer, the ‘Z3’. It became operational in May 1941, during WW II. The Nazis supported Zuse’s work. Because of Nazi Germany’s terror and the war, the news about the first computer hardly spread at the time.

The list of German inventions is really long. It includes the ‘Frankfurter’ sausage, the rocket, the Geiger Counter, the Teddy Bear, the ‘Settlers of Catan’ board game, the Diesel engine, Diesel fuel and the Diesel Scandal. Thanks, Rudolf Diesel. The Germans invented the car, obviously, the motorcycle and health insurance.

The MPEG Audio Layer III was invented by Germany’s Fraunhofer Institute in 1989. The problem was that nobody needed this kind of compression format back then. A few years later, things looked better. The entire world knows and uses MPEG Audio Layer III, a.k.a. mp3, today.

Decades before, in 1928, the German-American inventor Fritz Pfleumer introduced paper tape with oxide power. It was the first step towards magnetic tape that was used for audio recordings. Fascist Nazi Germany developed the ‘Magnetophon’ recorder for that purpose. The Allies grabbed two of those machines in Luxemburg during the war.

Robert Bunsen invented the Bunsen burner we all know from our chemistry classes. His colleagues Ernst Ruska and Max Knoll came up with the electron microscope. The contact lens is a German invention too. Everything is, it seems.

Oh yes, the anti-tank missile, morphine, the Porsche 911, the printing press, adhesive tape, the hole puncher, recyclable paper and radioactive toothpaste (seriously) are German inventions as well. And oxygen. What people breathed before Carl Wilhelm Scheele discovered it in the 18th century is a mystery.