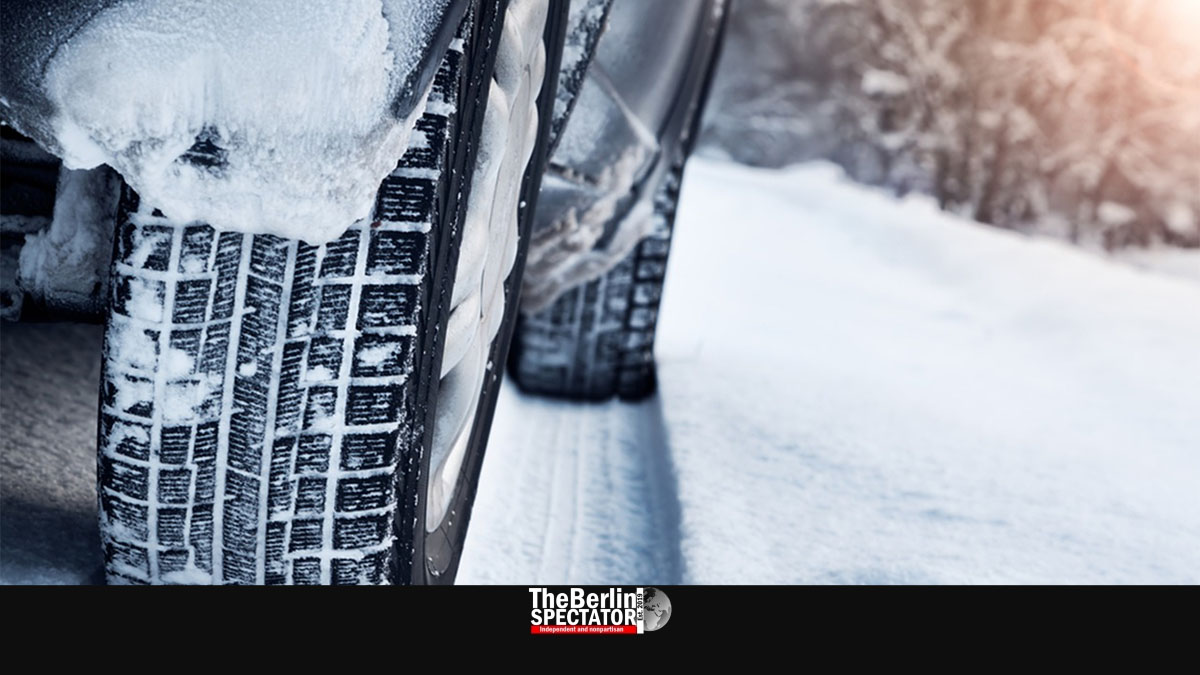 It is time to start worrying about winter tires. Germany has its regulations. On top of those, there are recommendations that make sense.

Berlin, October 10th, 2019. Update: September 20st, 2022 (The Berlin Spectator) — The Germans say “Use winter tires from ‘O’ to ‘O’.” The first ‘O’ stands for October, and the second one for ‘Ostern’, which is the German word for Easter. This does not really work in English, unless we change one of those letters.

Let’s start from the beginning: Germany is located in the northern part of Central Europe, meaning it does snow, at least as long as global warming does not turn this region into a beach resort with palm trees. From October to March, low to freezing temperatures as well as snow and ice have to be expected, at least temporarily.

Adhering to the existing winter tire rules is essential. First of all, there is something called a ‘situational obligation’ to use winter tires (yes, it’s obviously ‘tyres’ in British English). If it is warm around Christmas, nobody will be fined if he or she uses summer tires. But when roads are frozen in October, or at any moment, they will.

The fine can be anywhere from 60 to 100 Euro (60 to 100 U.S. Dollars or 52 to 88 Pounds Sterling), depending on the question whether the driver endangered others by not using winter tires. There is another issue: In case of an accident with summer tires on snowy or frozen roads, the insurance will probably not pay, or it might only cover part of the damage.

Whoever drives in winterly conditions needs to make sure his or her winter tire tread is at least 1.6 millimeters (0.04 inches) deep, according to the German law. At the same time, the General German Automobile Association (ADAC) recommends 4 millimeters (0.16 inches). That way, the tires have a lot more grip.

It is easy to establish whether the tread is good enough, with a 2 Euro coin. If the silver edge of that coin disappears in the tread, everything is fine. If it does not, new winter tires should be purchased. By the way: Winter tires do not only have a deeper tread, but they are made of a different composition of materials, to make sure they survive freezing temperatures.

Decades ago, winter tires made regular passengers cars sound like Soviet tanks, and they increased the gasoline consumption to the level of those same vehicles. According to the ADAC, those times are over. Differences between summer and winter tires, in this regard, are hardly measurable.