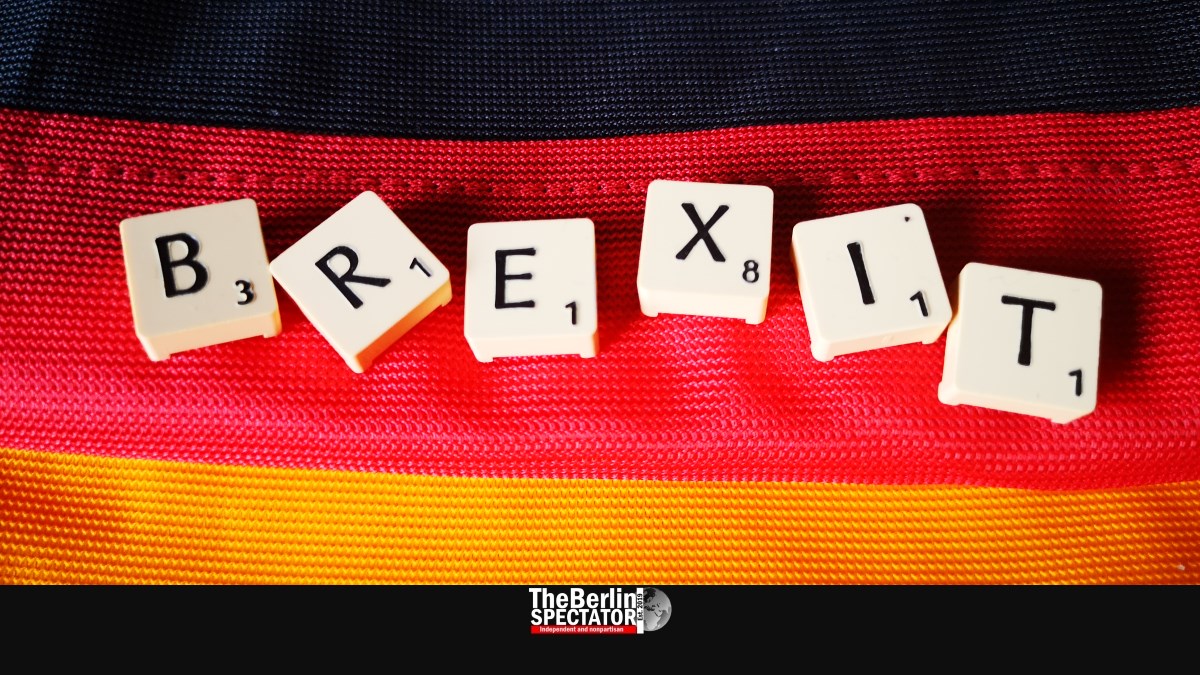 The way things stand at the moment, doomsday is coming closer every minute. On March 29th, 2019, a long marriage is coming to an end. It was a happy one, at first. Then, two years ago, a partially uninformed decision on a divorce was taken.

Some wanted “their country back”, even though they had never lost it. A slight majority of Britons who took part in the Brexit referendum voted “Yes”, not realizing they were not only putting their country and its economy in harm’s way, according to the ‘Remain’ movement, but also stripping themselves from many advantages they have in the European Union.

Most of the tens of thousands of British nationals who live in Germany and other E.U. countries are among the staunchest opponents of Brexit because they are the ones who know what they will lose without the E.U..

Germans and other non-British E.U. citizens living in the United Kingdom are worried as well, about losing rights or advantages, about getting into trouble with the authorities.

Germany intends to wait for London. In Berlin, the government of Chancellor Angela Merkel hopes Prime Minister Theresa May will announce what the next steps are sooner rather than later. The official German position is that there is still time for negotiations, even though the E.U. had made clear the Brexit compromise could not be renegotiated, and that “the damage caused by Brexit needs to be kept as small as possible”, as Merkel put it.

Therefore, Germany has been, and still is, preparing for all contingencies, including an orderly and a disorderly Brexit. Berlin keeps on shooting out press releases, since things seem to be changing every five minutes.

In case the U.K. sticks to May’s agreement with the E.U., a transition period would kick in after March 29th. A draft law Merkel’s cabinet prepared regulates what would happen in this scenario:

In case of a disorderly Brexit things will be very different, also from Germany’s perspective. The United Kingdom would be seen as a “third country” immediately, without any transition period, and with far reaching consequences for expatriates and companies, according to the Berlin government.

In numerous publications, the Germans are answering questions the authorities receive a lot these days, including the one about tourism: Will Britons need visas in order to visit the E.U. for short periods? Brussels wants them to be exempt from visa requirements, but will only implement that idea if E.U. citizens do not need visas either when they visit the United Kingdom.

Aviation is another subject the German government discussed. While details about air rights will be regulated during the transition period in case of an orderly Brexit, a chaos could spread if Britain just leaves without agreement.

In order to make sure air travel will not cease completely after March 29th, the E.U. has put forward an emergency plan which is supposed to make sure the most important flight routes are covered. This means, British Airways and other British airlines will be allowed to fly in on some routes, as long as the same applies to airlines from mainland Europe.

Germans living in the U.K. and Britons living in Germany will be protected in any case, the German government says, at least for a while. This applies to their health, joblessness and accident insurances as well as to their pensions. For a while, nothing will change in these contexts.

After a “no deal Brexit”, British expatriates will not have to leave Germany immediately. For a period of three month, which might be extended further, they and their family members will be allowed to stay and work without residence permit.

But once that grace period expires, they will need to register at the aliens’ registration authority (Ausländerbehörde). The Germans are making a point of reminding British expatriates to do so on time.

More detailed information, in English and other languages, can be found on this website uploaded by the Press and Information Office of the Federal Government in Berlin.