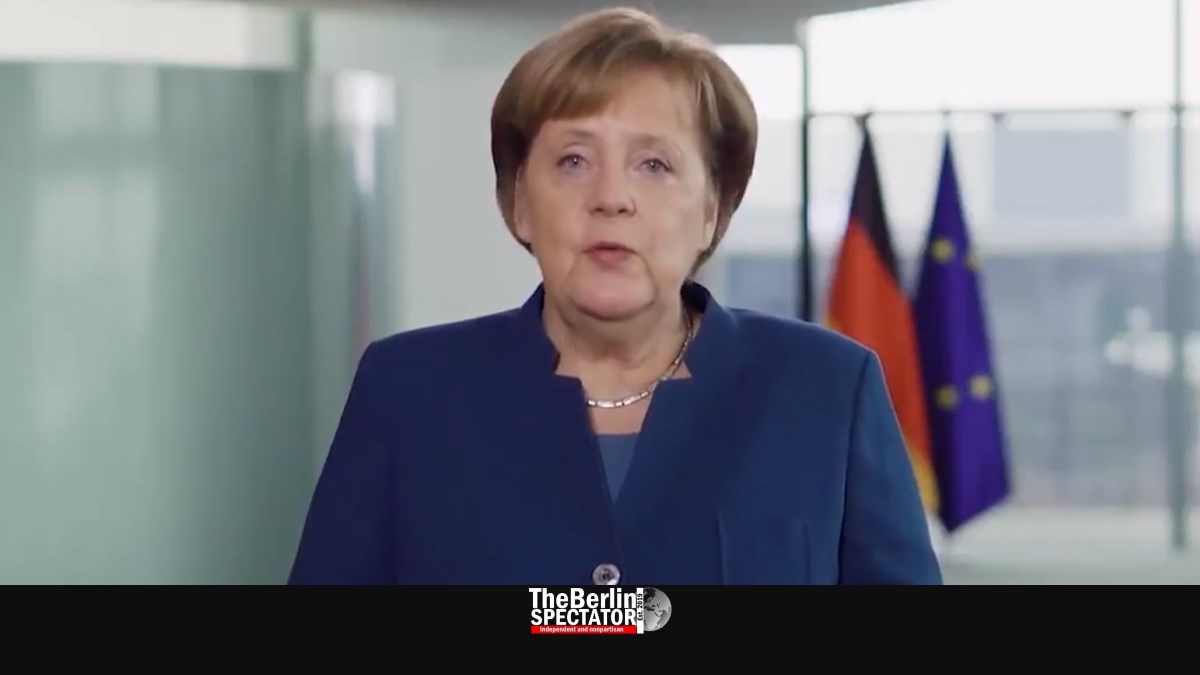 Photo: Screenshot from podcast, by the federal government
Share

German government members and other politicians have commented on the terror attack in Christchurch, in which tens of praying Muslims were murdered today.

Chancellor Angela Merkel said she had followed the news from Christchurch and was shocked. Germany mourned the victims of the attack. In the latter, Muslims had been targeted. Therefore, this terror attack had also been against an open an tolerant society. “We share those values with New Zealand”, the Chancellor said.

The victims had been attacked while praying peacefully in their mosques. Racist hate had been the motive. “We stand shoulder to shoulder with those who reject terror of this kind”, Merkel stated.

“We are appalled by the brutal crime in Christchurch”, Foreign Minister Heiko Maas said. “In this difficult time, we are with our friends from New Zealand.” Maas twittered: “Our sympathy goes to the families and the bereaved”.

The chairlady of Chancellor Angela Merkel’s Christian Democratic Party (CDU), Annegret Kramp-Karrenbauer, sad no matter who was targeted by hatred, violence and terror, children would lose their parents in these kinds of attacks, and parents their children.

There could not be any explanation or excuse for acts of this kind, Kramp-Karrenbauer said.

During a protest for effective environmental policies organized by the Fridays for Future movement with thousands of school kids in the center of Berlin this morning, the participants observed a moment of silence for the victims of the Christchurch terror attack.

At the Bundesrat, which is the Federal Council of Germany, today’s sitting started with a moment of silence as well. The Bundesrat’s President Daniel Günther said, he and the other members condemned the “the senseless violence” in Christchurch.

Andrea Nahles, the chairlady of the Social Democratic Party of Germany, said she was appalled by the “hideous” terror attack. “Whoever attacks Muslims attacks all of us”, she said in a statement. There was no place for this kind of hatred in New Zealand or elsewhere.

Berlin’s Governing Mayor Michael Müller said he and the Berliners were shocked about this terrorist massacre. It had been planned with cold cynicism and executed with an inhuman radical right-wing ideology.

Numerous German NGOs also condemned the attack as well. In Berlin the ‘Werteinitiative‘ said it was inconceivable. “Our sympathy goes to the families.” The Berlin-based Jewish Forum said its members were shattered and saddened.