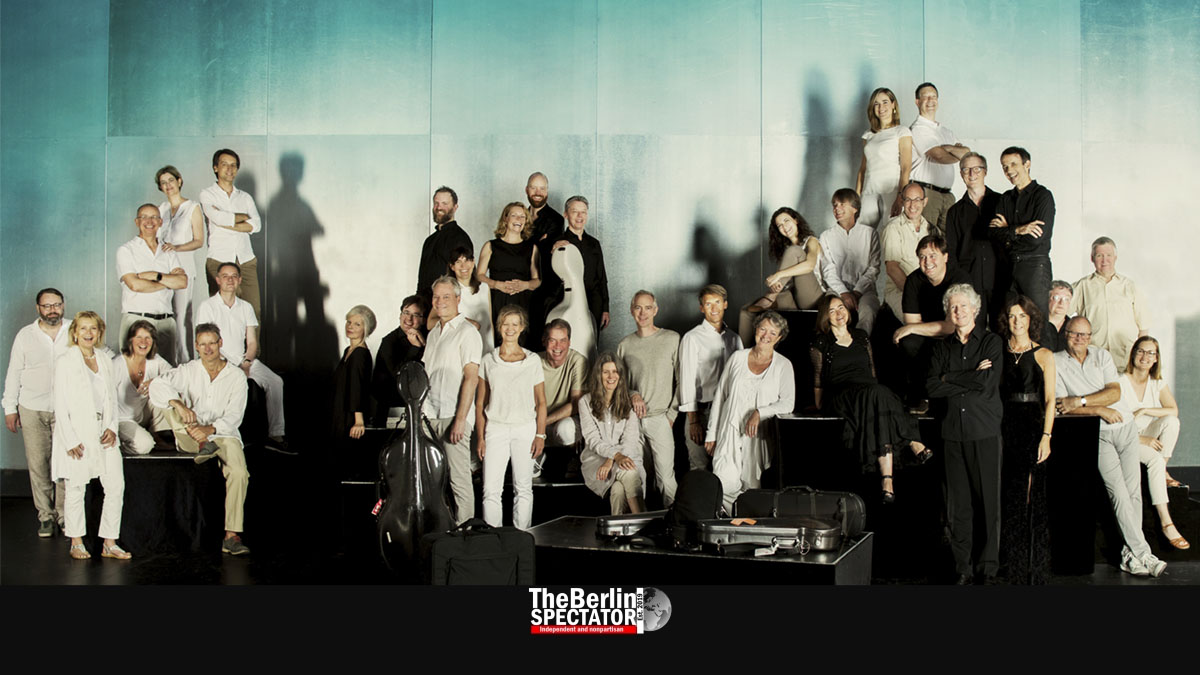 None other than Robin Ticciati is scheduled to hit the stage in the Chamber Music Hall at Philharmonie Berlin in early March. With the Chamber Orchestra of Europe, the British conductor will present compositions by three German composers.

Berlin, February 3rd, 2022 (The Berlin Spectator) — The Berliner Philharmoniker promises a lot, for good reasons. Take a genius conductor with the initials R.T., combine him with one of Europe’s best chamber orchestras and flavor the whole thing with sounds put together by three big composers. Then, enjoy the outcome. What you see and hear is what you get, and it will definitely impress.

For this special concert on March 3rd, 2022, the Chamber Orchestra of Europe will be flying in. Its members are already rehearsing pieces by composers from the country they are visiting. A promising concert evening is a foregone conclusion here.

Felix Mendelssohn Bartholdy, whose grave is located at a cemetery at Berlin’s ‘Hallesches Tor’ neighborhood, wrote his concert overture ‘The Hebrides’ in 1830. The composer supposedly was inspired by trips to the British Isles. “Felix Mendelssohn describes the austere beauty of the Scottish Fingal’s Cave”, the Berliner Philharmoniker says about the composition.

Robert Schumann composed his Cello Concerto in A minor in record time. He started working on it on October 10th, 1850. By October 24th, he was done. Unfortunately, Schumann never heard it in a concert hall. Its premiere in the town of Oldenburg took place four years after his passing, on April 23rd, 1860. The initial reactions were mostly negative, probably because he took a somewhat unconventional approach in this piece.

The Pastoral Symphony, a.k.a. Symphony no. 6 in f Minor, was composed by the man himself: Ludwig van Beethoven came up with this one in 1808. It typically takes orchestras 43 minutes to play its five movements. On December 22nd, 1808, this composition’s premiere took place in Vienna. In order to rule out negative reactions, Beethoven made sure his 5th Symphony would be included in the concert as well. According to the official announcement for the Berlin concert on March 3rd, 2022, “Beethoven depicts the atmosphere of a day in the countryside”. Don’t they all?

Star of the Show

While Jean-Guihen Queyras will be the soloist for the Schumann piece, Robin Ticciati is the other star of the show. Listing all orchestras the man has worked with would make this article about as long as the manual for a VCR. In 2017, he became principal conductor and Artistic Director for the Deutsches Symphonieorchester Berlin for five years. It did not take long until his contract was prolonged until 2027, because he impresses his audience every time.

The same applies to the Chamber Orchestra of Europe, which was founded in 1981, two years before this concert night’s young conductor was born. Today, the COE includes 60 members most of whom play in national orchestras too. Partnerships with leading conductors are one of the aspects that shaped this endeavor. Again, it is harder to list the cities the COE has not played in than the ones in which it has performed.

More detailed information on this concert and a link to the ticket shop can be found here.