Germany: One in Three Women Affected by Violence 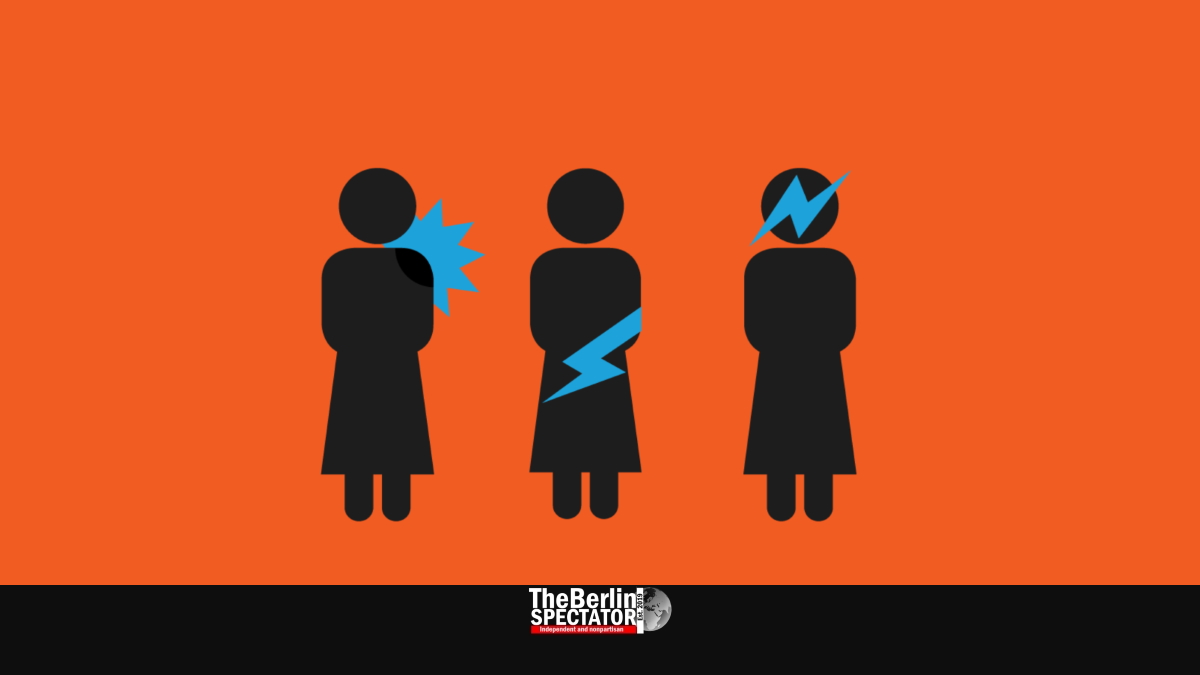 On today’s International Day for the Elimination of Violence against Women, the world is still a sorry sight in this regard. This applies to Germany too, where one in three women is, or has been, affected by violence.

Physical, sexual and psychological violence is what far too many women in the world are confronted with. In some countries, innocent women are being stoned to death. In others, the husband, father or brother literally owns his wife, daughter or sister and legally beats her. In certain African countries, female genital mutilation is being performed.

In pretty much all countries in the world, women are being beaten by abusive men, they are being raped, exploited and abused in several ways. This even applies to countries like Germany, in which emancipation has come a long way. It may be hard to believe, but one third of all women in Germany are or have been affected by violence against them.

The government is aware of the problem. At this stage, there are 350 women’s shelters all over the Federal Republic. But apparently, that is not enough. The ARD radio and TV network’s main news broadcast ‘Tagesschau’ reports, room for 14,600 more women was needed. According to the law, there should be 21,400 beds for women and their children in German shelters, but there are only 6800.

The Istanbul Convention, which was ratified by Germany last year, says there needs to be one ‘family place’ in shelters per 10,000 inhabitants. Germany is far away from reaching this goal. The country’s Minister of Family Affairs, Franziska Giffey, concedes Germany had not done enough in this regard. Now the federal government allocated 120 million Euro (132 million U.S. Dollars or 103 million Pounds Sterling) for new women’s shelters.

No Gender Equality in Germany

While the Green opposition in Berlin wants to change the law in order to guarantee a space in a shelter to every women affected by violence, the Social Democrats, who are the junior partner in Chancellor Angela Merkel’s government coalition, want a zero tolerance approach. Maria Noichl from the Committee of Social Democratic Women says, many women had become victims, but all of them were targets.

According to Maria Noichl, a woman in Germany is being killed by her partner or ex-partner every three days. Society had the duty and responsibility to protect women and to help those affected. Women’s shelters were important, she said. But the individual, both men and women, had a responsibility to fight violence against women too.

The SPD’s General Secretary Lars Klingbeil said that as long as Germany could not guarantee the right to self-determination and physical integrity to women, there was no equality of the sexes.

This week, the Berlin Bundestag is supposed to approve the federal budget for 2020. Merkel’s government coalition intends to allocate funds to a monitoring authority which will be responsible for watching the implementation of the Istanbul Convention and to come up with data in order to be able to establish what victims of violence need and where they need it.

Bärbel Kofler, the Berlin government’s Commissioner for Human Rights Policies and Humanitarian Aid, said women and girls were abused, mutilated or murdered in all parts of the world. They were raped, turned into slaves and forced into prostitution. Especially in armed conflicts, sexual violence against women usually increased substantially, the Commissioner stated

Every year, 50,000 women and girls were murdered by their partners or their own families. But leading a life without violence was the right of every human being. Bärbel Kofler said, everyone needed to take a stand for the protection of women. Perpetrators needed to be brought to justice.

In Berlin, flags with statements against this kind of violence will be displayed on Red City Hall and all Senate Administration buildings today.