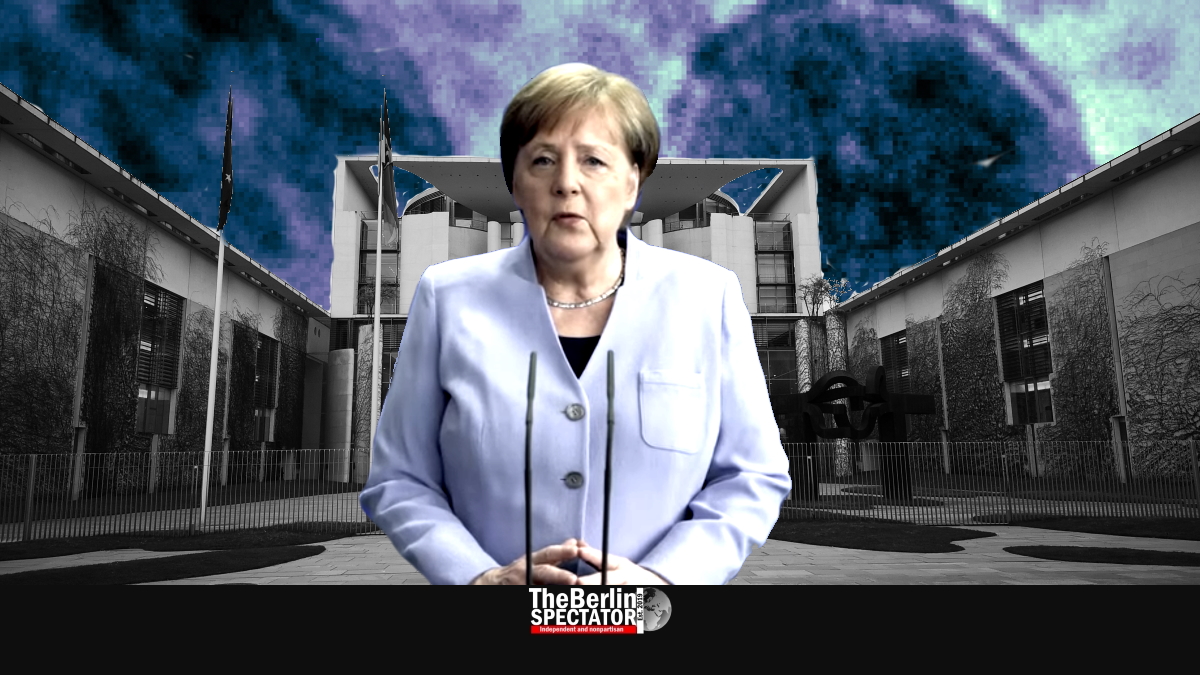 Chancellor Angela Merkel, who ended her quarantine two days early, said the numbers provided “a glimmer of hope”. But it was far too early to ease the bans and rules put in place to slow down the Coronavirus.

After twelve days, instead of the usual fourteen, Chancellor Angela Merkel came out of her own quarantine on Friday and recorded a video message to the nation. She said she was fine and understood how difficult it was to be connected to the world by phone or the Internet only for 14 days.

A week before Easter, Merkel said this holiday was important to millions of Christians. It normally included prayer services at church, being with the family on Easter Sunday or a short trip to nice places. Easter usually looked this way, but this year it would not. “This is what I have to tell you today. We, all of us, will experience a very different Easter.”

Merkel said she was also thinking of Jews and Muslims who could not get together in their temples right now either. “This is one of those restrictions (…) we can only accept in case of emergency, and only as long as absolutely necessary.”

The Chancellor said she promised that she and her government were thinking day and night, about how to provide health protection for all while making sure social life would be made possible again, step by step. Merkel explained the government would not live up to its responsibility if it did not do so. But the same would apply if it announced a date for a return to social life without being able to actually stick to it because of the situation.

Merkel reminded the nation that thousands of new infections are being registered every day. “This also means that there are thousands of new patients every day, some of whom need intensive care in hospitals. For now, we can guarantee this kind of treatment to anyone who needs it. Our goal is to make sure it stay this way.”

‘Government is on Your Side’

The latest numbers provided by the Robert Koch Institute did provide a glimmer of hope, Merkel stated. The number of infections was increasing a bit slower than only a few days ago. “But it is definitely far too early to see a definite trend.” Therefore it was too early to ease any of the restrictions in place.

Merkel said that after the German Easter vacation, on April 19th, 2020, “we will see where we stand” and what the situation in the hospitals was. “The federal government is on your side”, Angela Merkel assured the people.

One of Merkel’s former ministers, who is now President of the Berlin Bundestag, Wolfgang Schäuble, said everything had to be done to make sure Germany’s parliamentary democracy would not be suspended because of the crisis. He sent a letter to all caucuses which includes two ways to proceed during the crisis, namely virtual Bundestag sessions or the establishment of a small “emergency parliament”. Those options will be discussed.

On Saturday morning, there were more than 91,000 confirmed Coronavirus cases in Germany. By now, Bavaria has more than 20,000 of them, far more than North Rhine-Westphalia, Germany’s largest province, which stands at about 18,500. Baden-Württemberg reported more than 17,000 cases.

In Berlin, where more than 3,400 persons are infected, Governing Mayor Michael Müller visited an intensive care unit at the Charité Hospital on Friday. “I was very impressed to see how quickly and proper the Charité has increased the capacities for Corona patients”, he said. He thanked everyone who was involved “including those who acted in the background and made this possible.”

Berlin’s Governing Mayor accused the United States of having confiscated 200,000 protective masks that had been purchased for the Berlin Police Department. As it turns out, the masks were bought from the American company 3M which manufactures them in China.

According to the Berlin Senate, they were “confiscated” at Bangkok Airport. Müller called the action “inhumane and unacceptable.” His Interior Senator Andreas Geisel accused Washington of “modern day piracy”. Both Müller and Geisel said Germany’s federal government needed to intervene.