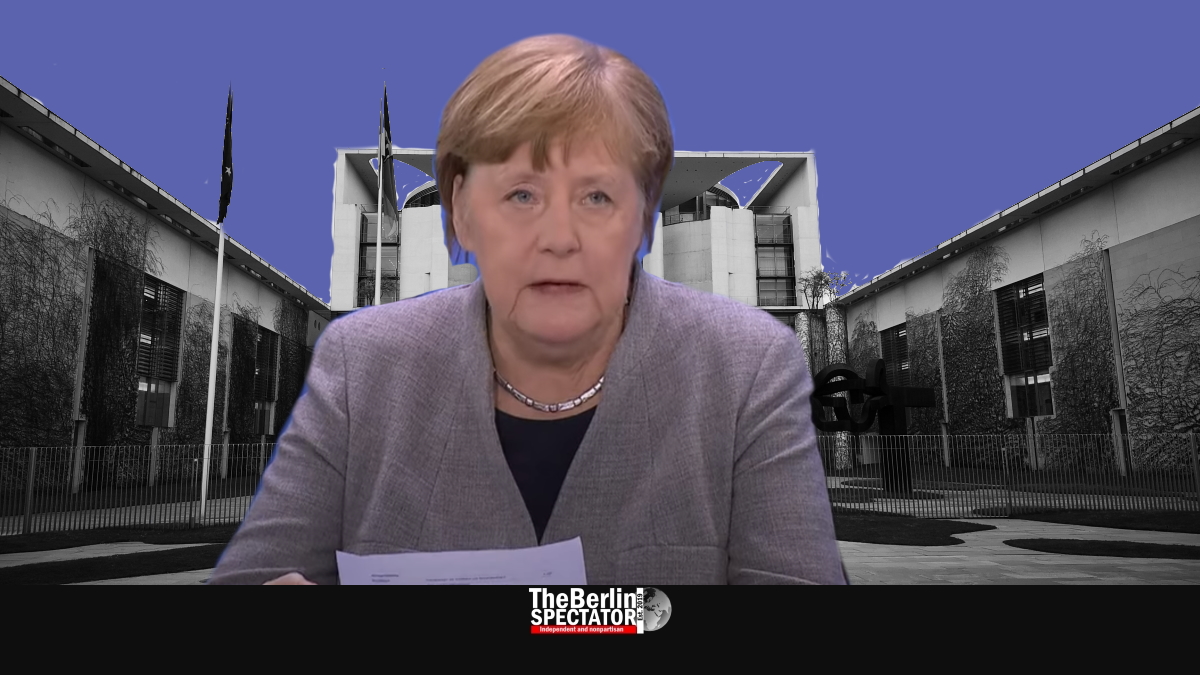 The governments in Berlin and in Germany’s sixteen federal states have taken a number of decisions regarding the Corona restrictions. Some of the latter were just lifted.

After four weeks of partially harsh Corona rules designed to slow down the virus, Chancellor Angela Merkel and the heads of government in Germany’s federal states just eased some of them. They did not exaggerate, meaning the risk they took is limited.

“We need to secure the successes we have achieved”, Merkel said on Wednesday evening. Germany’s main goal had been to slow down the spread of the Coronavirus using bold measures and to make sure the country’s health system would not be overburdened. So far it worked.

But it is a thin red line. Had Merkel and the First Ministers lifted all bans, they would have created a dangerous situation in which the Coronavirus would have had all opportunities to spread again. Had they tightened restrictions or imposed new ones on Germany, they would have frustrated everyone even more.

They took relatively small steps. In case of emergency, they could even be retracted. These are the new Corona rules:

And these are old rules that still apply:

Merkel and the First Ministers also said there needed to be special precautions for risk groups in the population, including disables persons and elderly people in retirement homes. But, whatever those measures might look like, they are not supposed to lead to a complete social isolation for those who are being protected.

Another decision taken concerns public health services in Germany. They are supposed to get more staffers. The usual number now needs to be five staffers per 20,000 inhabitants. In regions affected by the Coronavirus more than others, additional people are supposed to be employed.

Vaccine Is the Key

There is even more: The capacity for Coronavirus tests in Germany will be increased to 650,000 per week. A contact tracing application for smart phones will be provided at some point. On a voluntary basis, people can use it. The benefit is that the user will know when or if he or she was in contact with an infected person.

Merkel and the sixteen First Ministers, First Mayors and Berlin’s Governing Mayor Michael Müller did not forget one of the most important aspects either: In the document that lists all of their decisions it says a vaccine was the key to a return to a normal daily routine. The government would support German companies in the development of a vaccine. Once there was one, it needed to be available for the entire population.

Not all federal states in Germany will stick to the dates included in the plan. What the reopening of schools is concerned, Bavaria intends to wait a little longer, until May 11th. Thuringia wants to reopen its schools on April 27th instead of on May 4th, 2020. In the city state of Berlin, the Senate intends to “adjust” the new rules today, to fit the German capital and its 3.7 million inhabitants.

From now on, Chancellor Angela Merkel and the First Ministers intend to convene every two weeks in order to assess the situation and react if necessary. The next meeting is scheduled for April 30th, when decisions about the time after May 4th are supposed to be taken. If the numbers still look promising by then, more shops and other establishments might be allowed to reopen.

In the meantime, the number of Coronavirus cases in Germany keeps on growing, but more slowly than a while ago. It stood at 134,753 early this morning. There have been 3,804 Corona-related deaths so far. Almost 72,000 people who used to be infected are cured now.

In spite of the easing of some restrictions, an actual normality is still far away. It will have to wait until a vaccine or a cure are available.