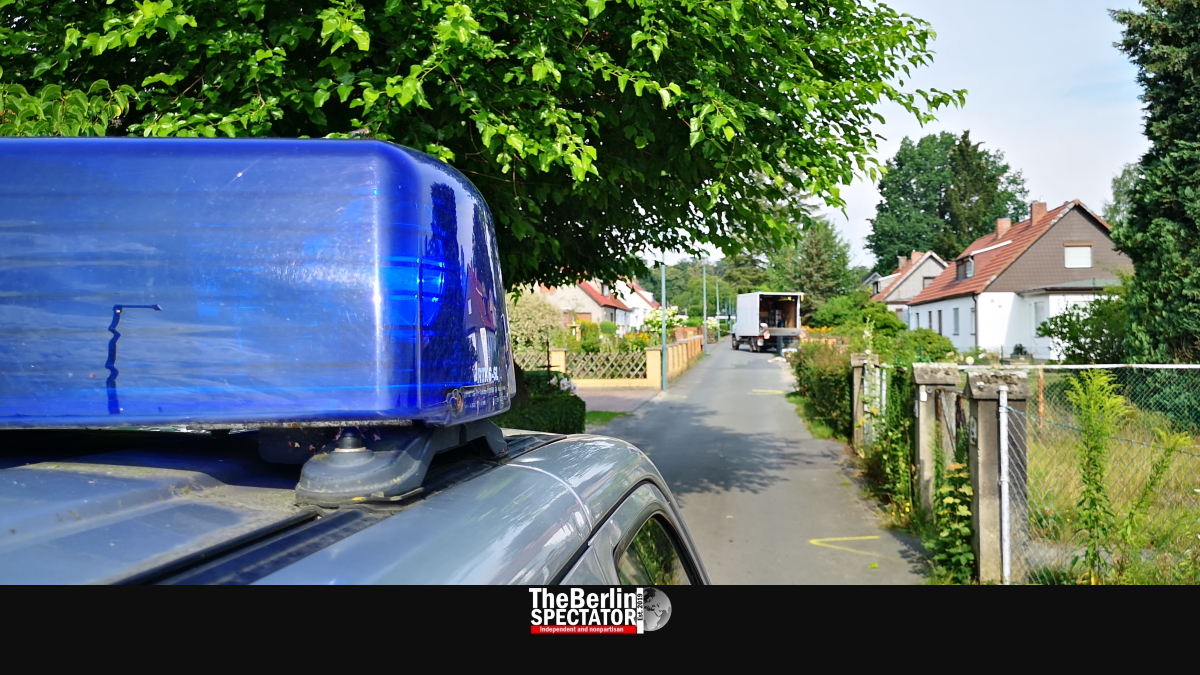 On Friday, a resident of Berlin’s ‘Neukölln’ district unearthed a Word War II bomb that did not explode when it was dropped some 75 years ago. Today, the weapon is supposed to be defused.

When an inhabitant of ‘Britz’, a neighborhood that is part of Berlin’s large ‘Neukölln’ district, dug a hole for rainwater in his garden on Friday, he found a British WWII bomb. The weapon weighs 250 kilos (551 pounds) and is still intact. Because of the imminent danger posed to residents at the location, police had to evacuate eight houses immediately.

Later today, on Monday, July 20th, 2020, the bomb is supposed to be defused. But evacuating everyone in the area might be more difficult than dealing with the explosive. Some inhabitants contacted the police, saying they could not walk and needed help.

Berlin and neighboring Brandenburg are used to this kind of situation. In the past three weeks, two big WWII bombs were detonated in a controlled way in Potsdam. Hundreds of people had to be evacuated beforehand.

In January, just before Corona hit Germany, thousands of Berliners, including Governing Mayor Michael Müller, had to be evacuated from the German capital’s eastern city center because yet another World War II bomb had been found by construction workers.

Further south, in Britz, the Berlin Police Department just commenced evacuating residents. Around the location of the bomb find, an area with a radius of half a kilometer (0.31 miles) is affected. At least the school in that neighborhood does not have to be evacuated because Berlin is on summer holiday.

But there are a few apartment blocks, many houses and shops. The next ‘S-Bahn’ train station, ‘Johannisthaler Chaussee’, is not affected, according to the police. Neither is the Gropius-Passagen shopping mall. It is unclear when exactly the bomb will be defused. It depends on how long it will take to evacuate everyone within the perimeter.

At 9:00 a.m., the Berlin police’s bomb disposal unit arrived at the scene, in order to prepare for the disarming. In the affected area, a neighborhood with little family homes behind neatly trimmed hedges and lawns, many inhabitants had already left, three days after receiving a letter in which they were asked to do so. Others were preparing for day trips or other activities.

On ‘Schlosserweg’, a small street with dozens of little houses, all residents up to number 43 had to leave until 10:00 a.m., while inhabitants at number 44 or higher were allowed to stay in their homes. A total of 1,760 Berliners are affected.

There was one reassuring aspect: The Berlin bomb disposal unit has a lot of experience because it is not the first time a WWII bomb was found in Berlin. The disarming will be a routine operation.