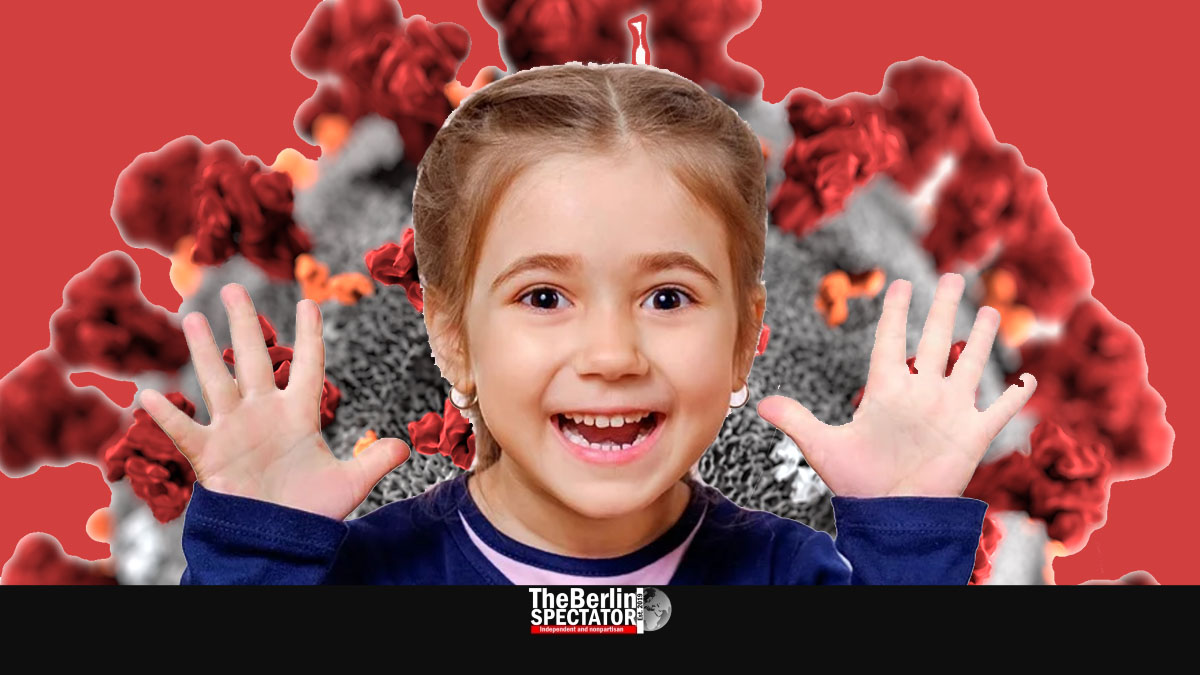 In Germany’s largest federal state North Rhine-Westphalia, some 1.9 million kids went back to school on Wednesday. By the end of the week, 12 schools were closed or partially closed again, due to Corona. Things looked similar in other parts of the country.

For all children, the first day of school is special. It is the beginning of a new, important chapter in life. New first-graders get to know the other children in their grade, who are potential new friends, and their teachers. They dive into the world of learning.

Under normal circumstances, both parents, all siblings and grandparents take part in the enrollment ceremony. In Germany, all new first-graders receive giant school cones made of cardboard which usually contain sweets and useful little presents. The first day is supposed to be special.

Because of Corona, things were somewhat different this year. In Berlin, where some 36,000 new first-graders were welcomed yesterday, a week into the new school year. Those smiling faces were hidden behind masks. At least the accompanying adults had to keep their distance.

Music and sketches that used to be performed for the little ones by kids from higher grades were cancelled. At most schools, each grade got its own little ceremony. Before Corona, it used to be a big even for the entire school. Back then, nobody needed to be too careful or adhere to rules dictated by a virus that is trying to infect everyone.

At many schools, the number of persons who were allowed to accompany the kids was limited to two this year. Many grandparents were not allowed to experience the big day with their grandkids, which must have been frustrating and sad to many.

In Germany’s largest federal state, North Rhine-Westphalia, the number of new first-graders is usually up to five times as high as in Berlin. Some 160,000 of them were welcomed at their schools on Thursday. The rules for the ceremonies were comparable to those in Berlin.

Just like in the capital, the overall situation at schools in North Rhine-Westphalia is problematic. Within the first three days since schools reopened, twelve of them needed to be closed or partially closed again, because of Corona infections.

In Arnsberg county alone, 23 infected persons were reported at schools. Fourteen entire grades needed to go home as a result. Hundreds of people are in quarantine. In Soest, a district with only 47,000 inhabitants, four schools reported Corona cases.

Whenever possible, North Rhine-Westphalia wants to avoid the closure of entire schools when Corona cases are being reported. The federal state’s government intends to take less drastic measures, e.g. by sending home affected grades only, along with the teachers that taught them.

In other federal states, including Hamburg and Mecklenburg-Hither Pomerania, Corona issues arose as well. In Schleswig-Holstein, up in Germany’s north-western corner, 16 Corona cases and possible infections were reported at schools, two days after they reopened on Tuesday.

According to the government in Kiel, the state’s capital, several entire grades are in quarantine until the tests results come in. Kiel itself is affected. So are Dithmarschen, Lübeck, Rendsburg-Eckernförde, Schleswig-Flensburg, Segeberg and Steinburg.

The Spirit of Pre-Corona Berlin