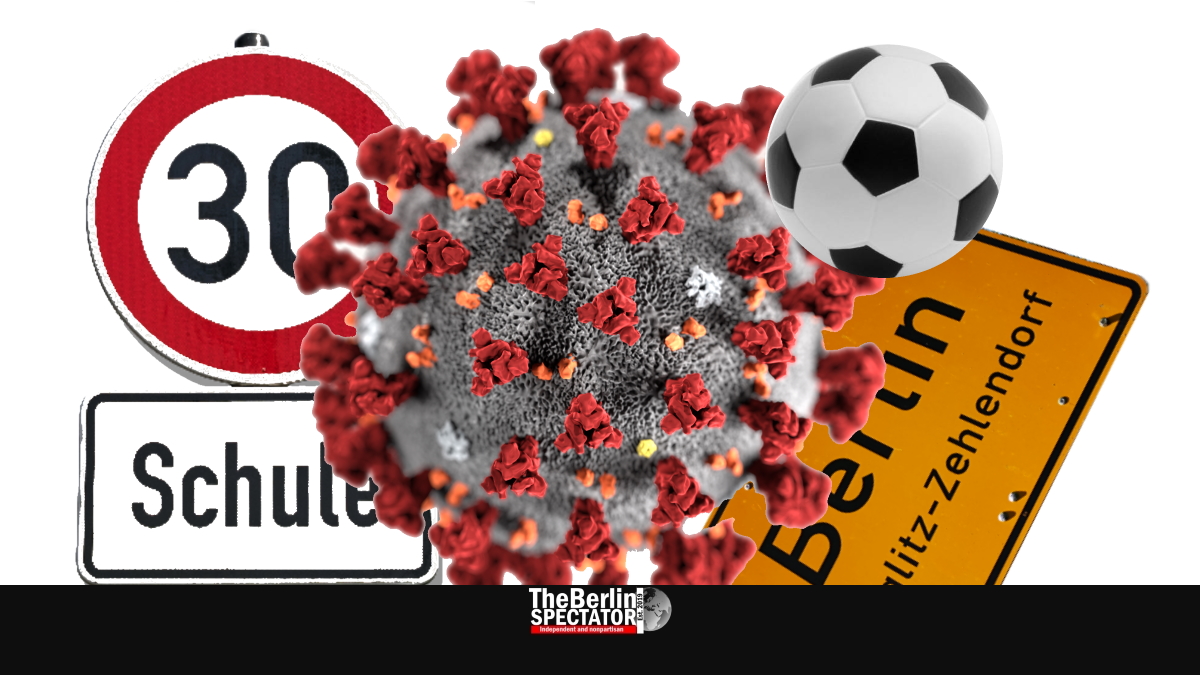 According to the numbers provided by Johns Hopkins University, almost 1,700 new Corona infections were registered in Germany within 24 hours. New measures are being discussed, including a soccer match watching ban at pubs.

After months of relative calm, the alarm bells are ringing in Germany once again. Almost seven months since the first Coronavirus case was reported in late January, the numbers are clearly increasing. Leading scientists and politicians had feared developments of this kind for the upcoming cold season.

On Monday morning, the total number of Corona cases in Germany had stood at 225,007. Early this morning, it was 226,698. The bigger the increase gets, the more nervous those in charge of dealing with the pandemic become. Returning vacationers cause big issues, as many of them bring along the Coronavirus. But so are people in Berlin pubs who drink and watch soccer matches.

Berlin produces ideas every day. Recently there was a discussion about an alcohol ban at pubs. Implementing this kind of measure would have been like banning bread at bakeries or shoes at shoe stores. The same applies to banning soccer matches from TV screens at pubs. Stephan von Dassel, the District Mayor in Berlin’s ‘Mitte’ district, wants this kind of ban.

Soccer fans in ‘Mitte’ who watched the latest Champions League match on Friday, in which the soccer club Bayern München badly beat Barcelona, were responsible for countless violations. As many as 80 of them were counted at one pub. This is the kind of situation von Hassel wants to prevent from happening again.

Enforcing a soccer watching ban would not be easy. Even today, there are just not enough police officers to check all pubs in Berlin, or in Germany. Making sure all guests keep their distance to each other is a mission impossible. More bans, as necessary as they might be, would be hard to enforce.

Besides, banning soccer matches from screens at pubs would definitely not be too popular. This kind of step could decrease the support the governments in Germany’s federal states have for their anti-Corona measures.

Germany’s Health Minister Jens Spahn wants the states to change their rules for celebrations. At this stage, there may be up to 150 participants. Karl Lauterbach, a health expert in the Social Democratic Party (SPD), said that number should be decreased to 50. He also said spontaneous parties in public needed to be controlled.

Affected by the Infected

The situation at Germany’s schools is alarming as well. Dozens of them are affected by infected students and teachers. Entire grades needed to be sent home, hundreds of contact persons are in quarantine.

In Berlin, Corona cases have been reported at as many as 23 schools. The way the health authorities are dealing with the problem reportedly differs. In some districts, students who were in contact with an infected person are being tested before they are allowed to go back to school. In others, there are no testing capacities. So they return without being tested.

In Rathenow, a town in neighboring Brandenburg, a headmaster of a primary school was just fired for calling the mandatory mask rule “harmful” in a letter to the parents. The extremist right-wing parties AfD and NPD organized a protest for his reinstatement in front of the school.