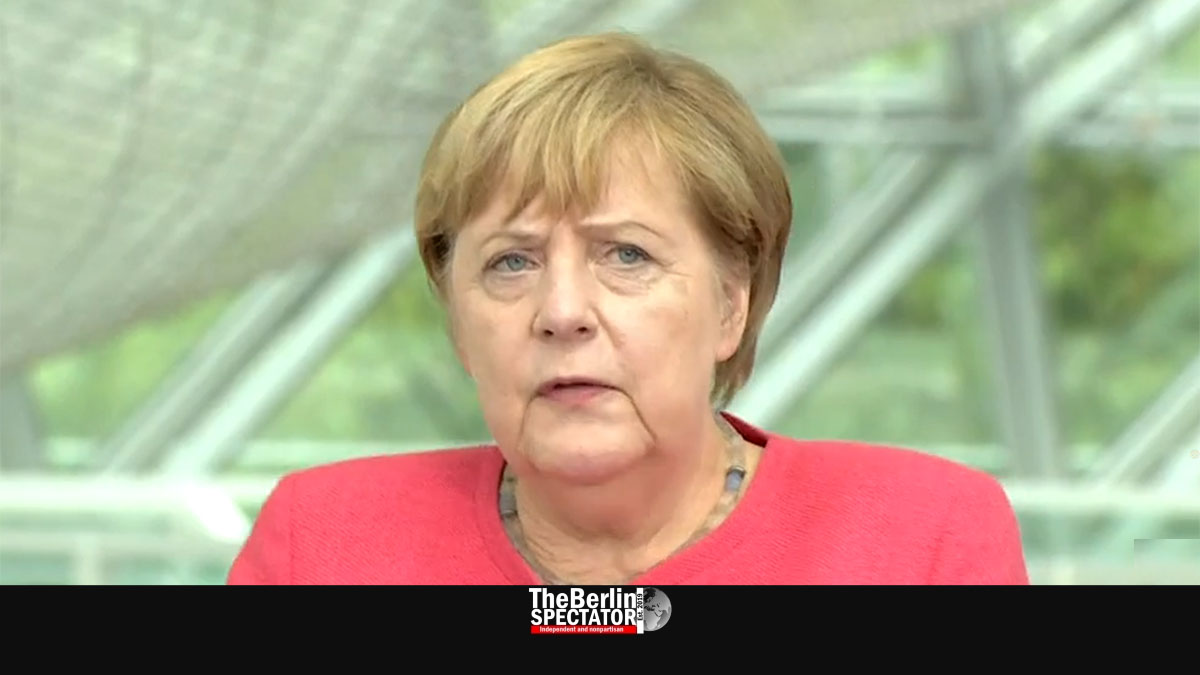 After her summer holiday, Angela Merkel appeared in front of cameras again. In Düsseldorf, she said her government would support Germany’s local health authorities. Their work was important in the Corona crisis.

During a visit to North Rhine-Westphalia, Angela Merkel stressed the Corona crisis was not over. “We are in the middle of the pandemic”, she stated. “There is no vaccination or medication. The number of cases has doubled in the past weeks”, Mrs. Merkel said.

‘Tests are Not an Option’

In part, the increasing numbers were connected to people returning from vacations abroad. Private parties were a cluster than needed to be worked on. The German head of government said adhering to the rules was existential. She announced her government would keep on informing people about them, over and over.

Travelers who were returning from high risk regions or countries needed to be tested. This was not an option, Angela Merkel said, but a rule. Masks needed to be worn in public transport and in shops. “These are things we have to do”, the Chancellor stated.

No Easing of Measures

According to Merkel, this is not the time for easing Corona measures. She said when the numbers decreased, the rules could and would be eased, but as long as they increased, this was not an option.

The Chancellor said the German health system was not in danger of being overburdened right now. This had been the main fear during the first months of the crisis. But, so far, Germany managed to make sure there always was a vacant contingent of ICU beds with respirators all over the country.

Angela Merkel thanked the local health authorities in Germany. They did an important job, including tracking down persons who were in contact with people infected with Corona. She said her government would strengthen those health offices so that they would not be overburdened. At a meeting in Berlin in early September, the question how exactly the health authorities should be supported will be discussed.

Chancellor Angela Merkel stated the priorities right now included making sure the German economy continued to be strong. Jobs needed to be conserved. Keeping schools and kindergartens open was important as well. Since the summer vacations ended in several federal states, dozens of schools have been affected by Corona infections. Entire grades and teachers needed to be sent home.

Yet another aspect Merkel’s government intends to work on is the ventilation in public buildings, because of the danger originating from aerosols of persons infected with Corona.