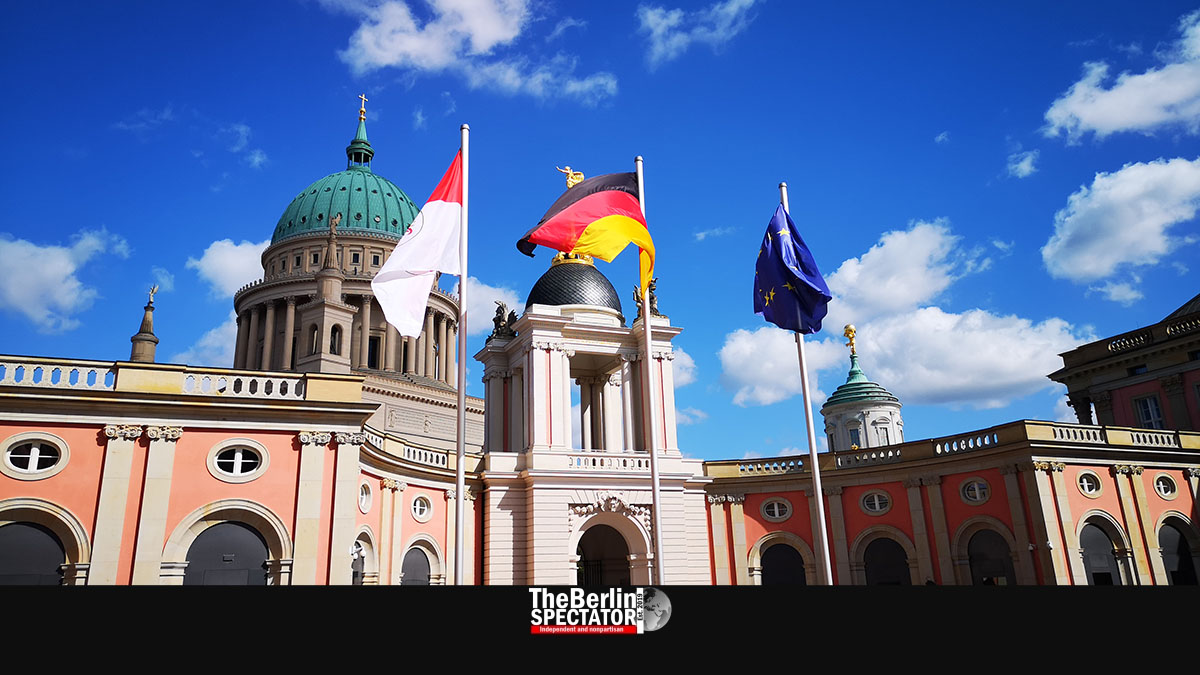 Germany’s federal states are taking different approaches yet again. Brandenburg is about to open more businesses. Berlin has a different point of view.

Berlin, February 24th, 2021 (The Berlin Spectator) — In the federal state of Brandenburg, hairdressers and barbershops are not the only businesses that may reopen on Monday, March 1st, 2021. First Minister Dietmar Woidke announced, flower and gardening shops, tree nurseries and garden centers had the permission to resume their business as well.

After the announcement, it did not take long at all until the Trade Association Berlin Brandenburg commented the plans. Its chairman Nils Busch-Petersen told RBB radio, his organization was glad about each business that was allowed to reopen. At the same time he criticized an “unequal treatment” the courts would have to look into.

In neighboring Berlin, on the other hand, hairdressers and barbershops are the only businesses that may reopen on March 1st. For the Berlin Senate, Culture Senator Klaus Lederer stated, this was a “very difficult intermediary phase”. He conceded “the answers to the question how to deal with this situation” had not been found yet.

Lederer said, the city state of Berlin was trying to act in sync with the other federal states. What he meant was that, for now, Berlin will stick to the decisions that were taken at the last few Corona conferences with Chancellor Angela Merkel and the heads of government from Germany’s sixteen federal states.

But Berlin does have some rules of its own. In the German capital, bicycle shops have been open all along, including during the first lockdown in the spring of 2020. The same applies to book stores. Home improvement stores are in business in Berlin as well.

On Tuesday, the Berlin Senate discussed a step-by-step plan. According to the latter, big reopening steps will not take place before the Seven Day Incidence in Berlin decreases to 35 or below. That number shows how many people have been infected with Corona per 100,000 inhabitants in the past seven days. At this stage, Berlin stands at 53.8. A few weeks ago, it had been at a level of 200.

According to the Senate’s plan, a level of 50 or below warrants outdoor sports activities for kids, in small groups. When the Incidence drops and stays below 35, more Corona restrictions could be eased, according to what the Senate discussed. The outcome of those deliberations does not sound like all retail businesses might be able to open anytime soon. A complete end to the lockdown is not even part of the Berlin Senate’s plan yet.

Vaccine for the Homeless

In the meantime, Berlin’s Social Affairs Senator Elke Breitenbach announced she wanted to have homeless persons vaccinated against Corona soon. She told the ‘Funke Mediengruppe’, vaccine leftovers manufactured by AstraZeneca should be used. Mrs. Breitenbach also said a new prioritization needed to be discussed in regard to vaccinations.