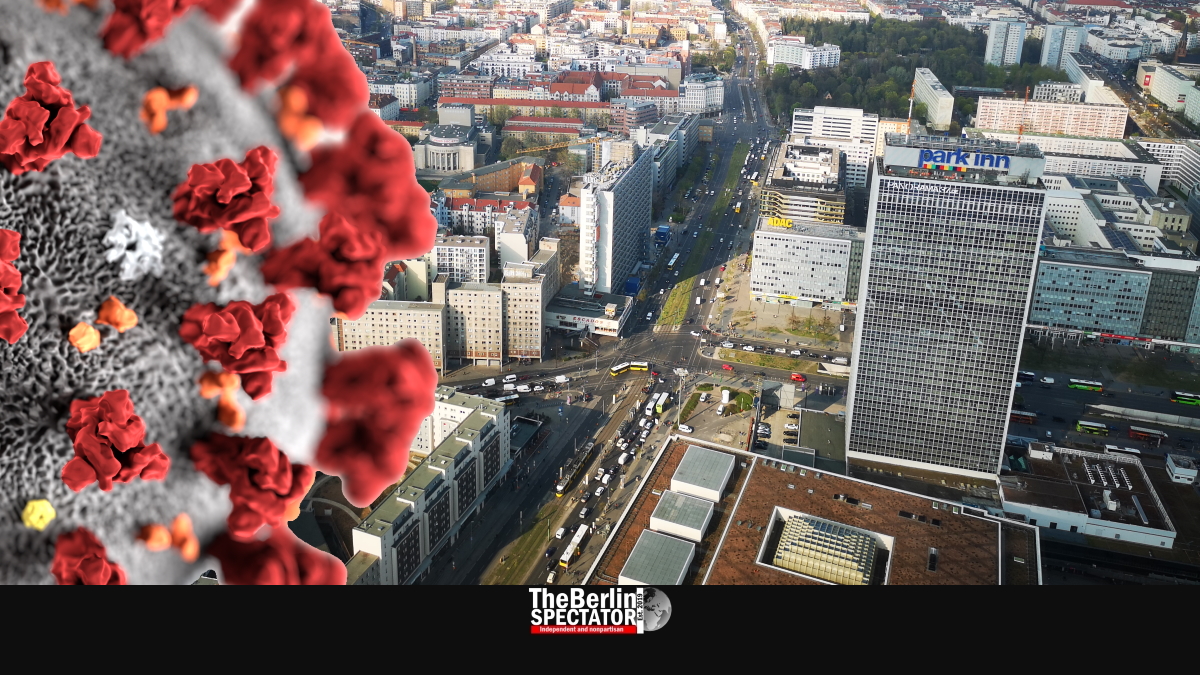 In Germany, the number of new Coronavirus infections per day has not been this high since January 28th. According to the Robert Koch Institute, the third wave has begun.

Berlin, March 11th, 2021 (The Berlin Spectator) — The head of the Robert Koch Institute in Berlin, Professor Lothar Wieler believes the third Corona wave has hit Germany. During a conversation with international journalists he said he was worried and stressed the Corona rules, including wearing masks and keeping one’s distance, still needed to be adhered to.

Wieler also spread optimism. According to him, the vaccination campaign is in a race against the mutating Corona virus. But the finish line was in sight. He said without interruptions along the way, for instance because of vaccine production issues, 80 percent of the population of Germany could be immune against the virus in the fall of this year.

Once this was the case, all restrictions could be lifted, Professor Wieler stated. He also predicted that the vaccinations would need to be refreshed at some point to keep people immune. In Germany, the pace of the vaccination campaign is increasing. At first, there had been a lack of vaccine. In about a month from now, general practitioners are supposed to administer Corona vaccines as well.

Speeding Up the Process

Germany’s Health Minister Jens Spahn and his colleagues from the country’s sixteen federal states intend to make sure GPs can start vaccinating their patients in mid-April. The goal was to get it done as early as possible, but on April 19th the latest, a statement read. In order to let GPs administer vaccinations, there needed to be a “certain amount” of vaccine. By April, the government expects to have more vaccine than the vaccination centers can use.

This morning, the Robert Koch Institute announced 14,356 new Corona infection cases in the past 24 hours. The number has not been this high since January 28th, when more than 17,000 new cases had been reported. This could be connected to the third wave Professor Wieler mentioned. The total number of Coronavirus cases since the crisis started some 14 months ago is 2,532,947. Germany’s Seven Day Incidence Number just increased from 65.4 to 69.2 within a day.