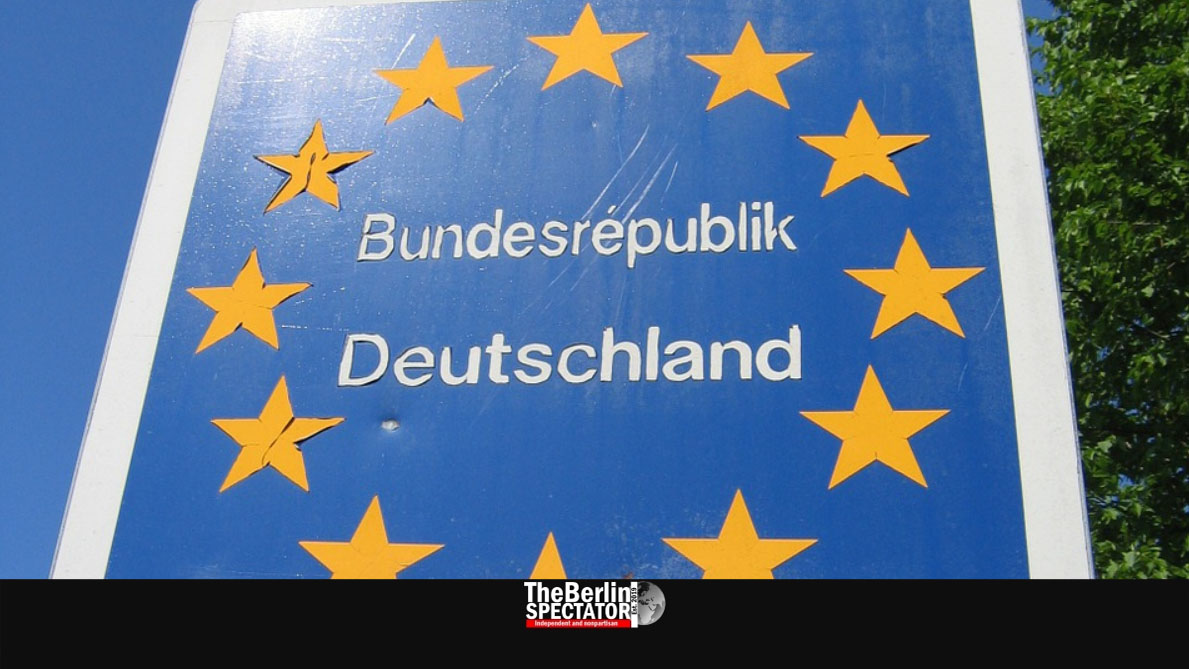 During the summer vacations, persons who return to Germany from abroad will be checked even though the borders are supposed to remain open. Interior Minister Seehofer ordered dragnet controls.

Berlin, July 2nd, 2021 (The Berlin Spectator) — In spite of the spread of the Delta mutation of the Coronavirus Germany’s borders will remain open, meaning motorists can just cross them without being stopped there. Entering the country without being checked at all is still not really possible. According to Interior Minister Horst Seehofer, everyone will be checked at the airports. On the roads, he ordered dragnet controls because the cross-border traffic is supposed to be kept flowing.

This means returning vacationers and individuals from abroad will likely be stopped and checked by the Federal Police once they have already entered the Federal Republic of Germany. On the Autobahn, they will be forced to enter rest areas and checked there. On regular highways, similar solutions will be chosen. According to Minister Seehofer, those dragnet controls have several purposes. They are supposed to curb illegal immigration, decrease the danger of terrorism and enforce the Corona rules.

Motorists who return or enter from Turkey and the Balkans will have to expect a rather tight net of police checks. This applies to the areas around border crossings in Bavaria and Saxony. For instance, travelers who return from Turkey to Berlin in their vehicles usually follow the route via Bulgaria, Serbia, Hungary, Slovakia and Czechia to Dresden before they reach the German capital. “Whoever enters, should expect to be checked”, Seehofer said at a joint press conference with Health Minister Jens Spahn.

Individuals who enter Germany from what Germany calls ‘Risk Areas’, ‘High Risk Areas’ and ‘Virus Variant Areas’ need a vaccination certificate, proof that they were cured after a recent Corona infection, or a negative PCR test result. They also need to go into quarantine. In the case of ‘Risk Areas’, the quarantine can be bypassed with one of the documents mentioned. Persons who were in ‘High Risk Areas’ may end their 10-day quarantine after five days if they test negative for Corona. But travelers who return from ‘Virus Variant Areas’ need to go into quarantine for 14 days, no matter what. The Federal Police will check entering motorists and their passengers accordingly.

At this stage, the United Kingdom and Portugal are ‘Virus Variant Areas’ because the Delta mutation is spreading there. But since the same applies in Germany more and more, the status will soon be changed, according to Jens Spahn. He said he expected the share of the Delta variant to hit 80 percent later this month. Once this is the case, the federal government in Berlin will not really have a reason to keep people from those countries out of Germany. Transport restrictions for passengers from ‘Virus Variant Areas’ apply. From there, only German citizens and persons with residence permits may be taken to Germany by airlines and other companies.

Horst Seehofer harshly criticized the UEFA for organizing the last games of the European soccer championship in London with tens of thousands of fans on site. He said this was “absolutely irresponsible”. That way, the occurrence of infection would be advanced.