Germany: At least 42 Dead in Flooding Caused by Severe Weather 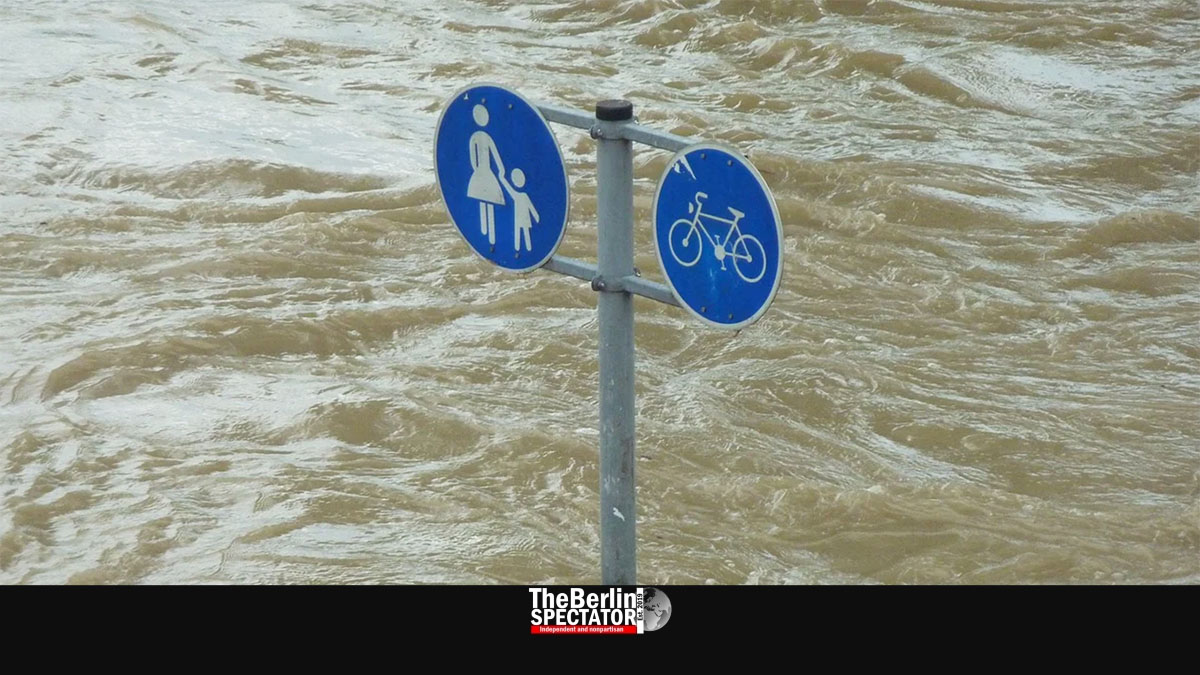 In the western part of Germany, many towns and villages were flooded after torrential rain and thunderstorms hit. Two firefighters and at least four residents died. More are missing.

>> Find the latest on the floodings here.

Berlin, July 15th, 2021 (The Berlin Spectator) — In Märkischer Kreis, a county in North Rhine-Westphalia, the situation was dangerous when heavy rainfall turned streets into rivers. Villages and some towns were flooded in almost all municipalities there. In some parts, the water was in the process of receding on Thursday morning, but residents were supposed to stay indoors whenever possible and keep away from the flooded areas.

In the regions affected most, at least four residents died. Dozens were reported as missing on Thursday morning, according to Deutschlandfunk radio.

In the Sauerland area, which is part of the same region, a firefighter drowned when the floods washed him away from a fire brigade vehicle. He and his colleagues had just saved a man from drowning when it happened. Another firefighter died during an operation at a power plant in Märkischer Kreis, probably due to what police called an “internistic emergency”.

Further north, in Pinneberg county, located close to Hamburg in the federal state of Schleswig-Holstein, firefighters were dealing with countless flooded streets and basements in the town of Uetersen. In Trier-Saarburg county, which belongs to Rhineland-Palatinate, as many as 1,000 helpers were part of many operations when the excessive rainfall there caused damage. More than 20,000 residents were without water when a major pump broke due to the severe weather. Even more inhabitants were affected by electricity outages.

In Solingen, apartment blocks needed to be evacuated because of the danger posed by the flooding. Here, firefighters were still busy pumping out water from basements and streets on Thursday morning. Hagen is another town that was affected badly. The First Minister of North Rhine-Westphalia, Armin Laschet, was going to visit the area to inspect the damage on Thursday. In his state, the severe weather warning which applied yesterday has been cancelled by now.

In Hagen, residents who live near rivers had been asked to evacuate their homes or proceed to higher floors in their buildings when the torrential rain hit on Wednesday. As many as four rivers, the Ennepe, the Lenne, the Ruhr and the Volme, run through the city. Germany’s armed forced, the Bundeswehr, reportedly helped the fire brigade in Hagen. ICU patients had to be moved from a hospital in Rhein-Erft county to clinics located elsewhere because a power outage was expected. Highways and parts of the Autobahn had to be closed in North Rhine-Westphalia.

Thunderstorms in Brandenburg and Berlin

Other regions in Germany, including Berlin and parts of Brandenburg, were preparing for severe weather today. According to meteorologists, intense rain, thunderstorms and winds with speeds of up to 100 km/h (62 mph) have to be expected.