Germany and Ukraine Iron Out Differences, Baerbock to Visit Kiev 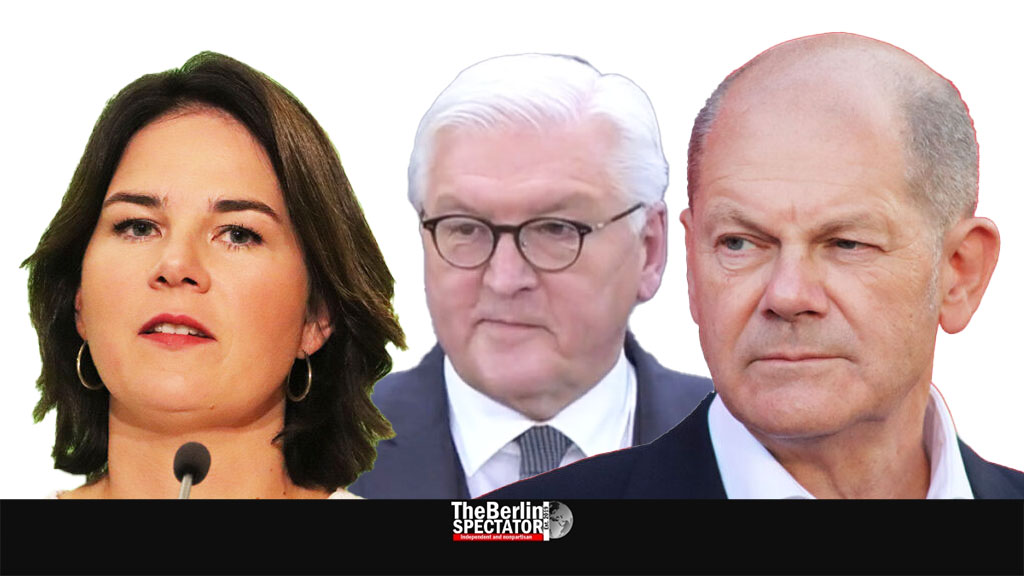 Berlin, May 6th, 2022 (The Berlin Spectator) — The resentment on both sides and the difficult relations between the governments in Berlin and Kiev were a little strange, and the aggressor in Moscow obviously benefitted from them most. In spite of the fact that Germany has been supporting Ukraine more than any other country in the world, President Frank-Walter Steinmeier, who wanted to visit Ukraine, had been disinvited by its government. And Ukraine’s Ambassador to Germany, Andrey Melnik, kept on causing disconcertment.

From the perspective of Ukraine, Germany’s policies were too pro-Russian in the past years. This was something Germany’s government agreed with. Even Steinmeier admitted the Russia approach he was partially responsible for, as a former Foreign Minister under former Chancellor Angela Merkel, had been wrong, from today’s perspective. Still, he was disinvited, in spite of all the help Germany has been providing all along, before the war and since Russia attacked Ukraine.

This is how Germany is helping Ukraine:

In mid-April. President Steinmeier had said he wanted to visit Kiev with his colleagues from Poland and the Baltic states. But he was disinvited. Ukraine disputed this fact for a while, before it was confirmed later. Because of this aspect, Chancellor Olaf Scholz told ZDF television he could not visit Ukraine. After the interview, Ambassador Melnyk called him a “prima donna”. Foreign Minister Annalena Baerbock would not go to Ukraine either, because of Steinmeier’s disinvitation. On the one hand, there was all of this support Ukraine was receiving from Germany, on the other the relations were not exactly harmonic.

This situation just ended, supposedly. During their phone conversation which lasted for almost an hour, Steinmeier and Zelenskyy agreed to end the argument and concentrate on the future. Observers believe the controversy was unnecessary and did damage.

Now that the waves were calmed, both Steinmeier and Scholz could go to Kiev immediately, but they won’t. The Chancellor his sending Foreign Minister Annalena Baerbock first. He and the President might go, at some point, but no dates have been announced so far. Bärbel Bas, the President of the Berlin Bundestag, will be going to Kiev this weekend. She and her Ukrainian colleague Ruslan Stefanchuk, the Chairman of the Verkhovna Rada, Kiev’s unicameral parliament, will commemorate the victims of WWII, exactly 77 years after the unconditional surrender of Nazi Germany, the predecessor state of the free and democratic Federal Republic of Germany.