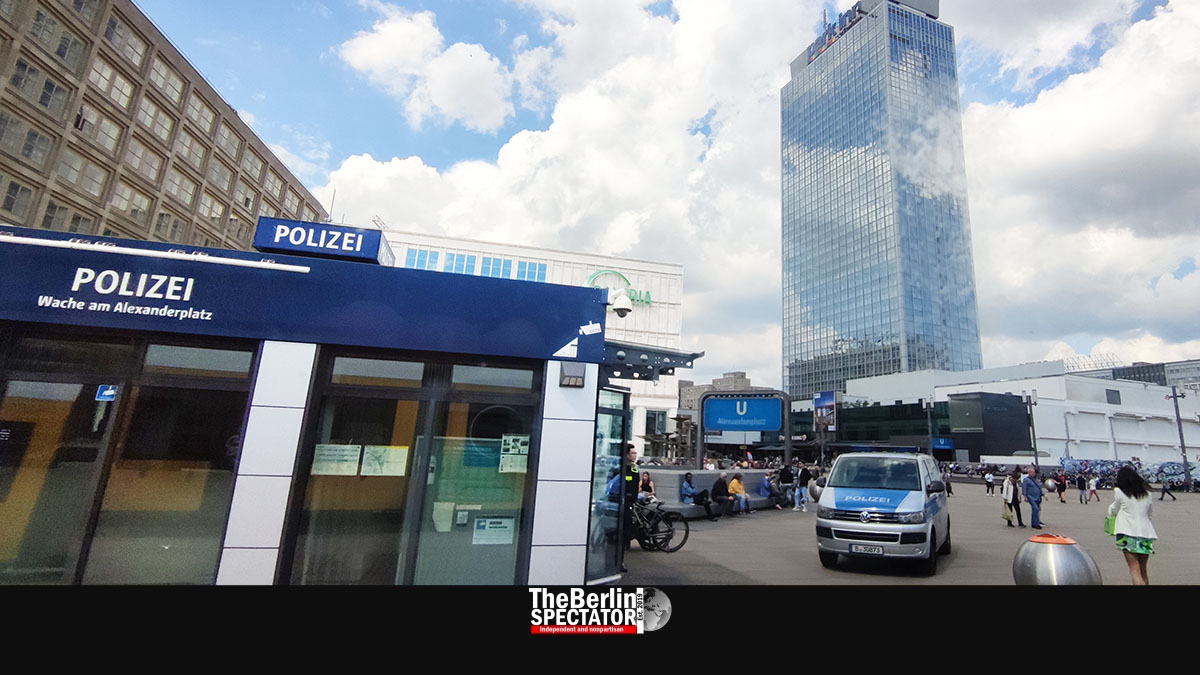 The Berlin Police Department is dealing with an internal scandal. Five of its officers are suspected of battery on duty, coercion and unlawful detention. On Friday, their colleagues performed searches to secure evidence.

Berlin, June 25th, 2022 (The Berlin Spectator) — In 2017, one of Berlin’s crime hotspots, Alexanderplatz, a major square in the city’s eastern city center, got its own police station. It was built between the World Clock and one of the entrances to the local ‘U-Bahn’ train station. This police station was supposed to decrease crime at the square. It also has a psychological purpose: Berliners who come to Alexanderplatz and see the police station tend to feel safer.

What happened right there on July 16th, 2021, is the exact opposite of what the Alexanderplatz police station is supposed to stand for. The Berlin Police Department (BPD) just announced its detectives had performed searches of the suspects’ belongings to secure evidence against them. The accused, four policemen and one policewoman, are facing disciplinary and legal action for attacking and detaining a 21-year-old man who wanted to file a notice of loss.

Instead of helping him, they allegedly brought him to the ground while one of the officers beat him. The victim sustained minor injuries. Afterwards, the suspects initiated an investigation procedure against their victim for obstructing officers in the performance of their duty, probably to cover up their own crime. On top of it all, the officers supposedly forced the 21-year-old man to undergo a blood extraction, and he was detained for longer than two hours without a legal basis.

What sounds like part of a script for a bad B-movie shot in Hollywood actually happened in Berlin if the allegations prove to be accurate. The BPD says the search that was performed had been ordered to secure data carriers that might contain evidence for the alleged crime.

The officer who is suspected of beating the victim already was suspended from office because of a different case. Soon, the Police Department will decide how to deal with the four other suspects. So will the court in charge.

Berlin’s Police Department has some 26,000 employees. Running it costs the city state about 1.5 billion Euro (1.58 billion U.S. Dollars or 1.29 billion Pounds) per year. The BPD has a huge workload, also because of Berlin’s status as the German capital. For instance, the government and parliament need to be protected in cooperation with the Federal Police. About 5,000 protests, some of which are violent, take place per year. The Corona pandemic makes things more difficult. Considering the size of the DPD, the number of internal scandals is low.