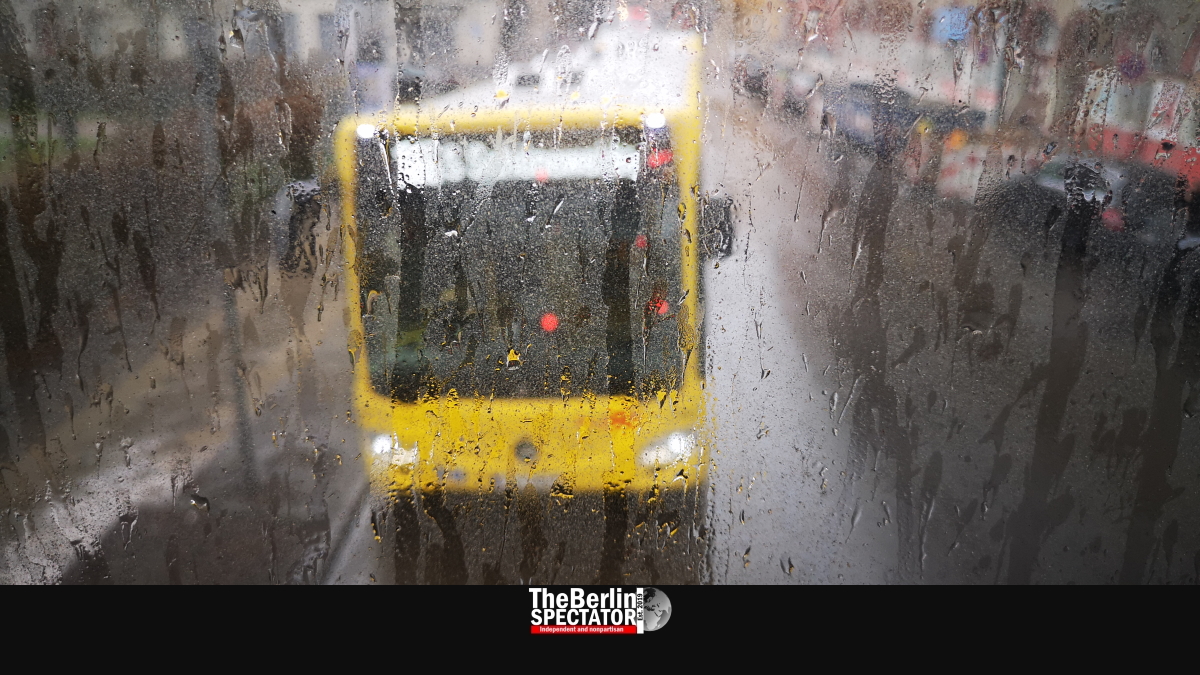 Berlin’s main public transport provider BVG is reacting to the latest developments in the Corona pandemic. This means that the number of buses on the streets of the German capital is about to decrease.

Eberswalde/Brandenburg, August 5th, 2022 (The Berlin Spectator) — There is bad news and more bad news. First of all, Berlin’s summer vacations will be ending in two weeks from now. Secondly, the state-owned company BVG which runs Berlin’s buses, trams and ‘U-Bahn’ trains has to deal with issues. One of those is something everyone is sick and tired of. It starts with a ‘C’ and ends with ‘orona’. The second problem is the “tense job market”, according to an official statement.

By mentioning those aspects, the BVG intends to say it does not have enough employees, or uninfected employees, to run all buses the way it is supposed to. This is why “adjustments” were announced. They will be implemented after the vacations, on August 22nd, 2022, when the new public transport schedule kicks in.

When a company like the BVG sends out a statement in which it stresses that all bus lines and bus stops will be kept in service, and when it does so twice, something is obviously wrong. On top of this, the words “unfortunately” and “regret” were used. The BVG assured everyone it would continue to be “on the move reliably”. Schoolkids will not be affected.

So, what does all of this mean in numbers? From Monday, August 22nd, the overall performance of the BVG’s bus services will decrease by 3 percent, meaning 97 percent of all bus connections will be available. The company stressed that the situation in January was even worse and that the changes were approved by Berlin’s Senate Administration of the Environment and Mobility.

“We regret these measures are necessray now”, Rolf Erfurt, a BVG board member, stated. He apologized to “all passengers” for any inconvenience. He added the most important message was the fact that the BVG was in action in all phases of the Corona pandemic and that the city would be kept mobile reliably. The measures the BVG is forced to take will be introduced in detail before the vacations end.