Deep Purple to Perform in Berlin 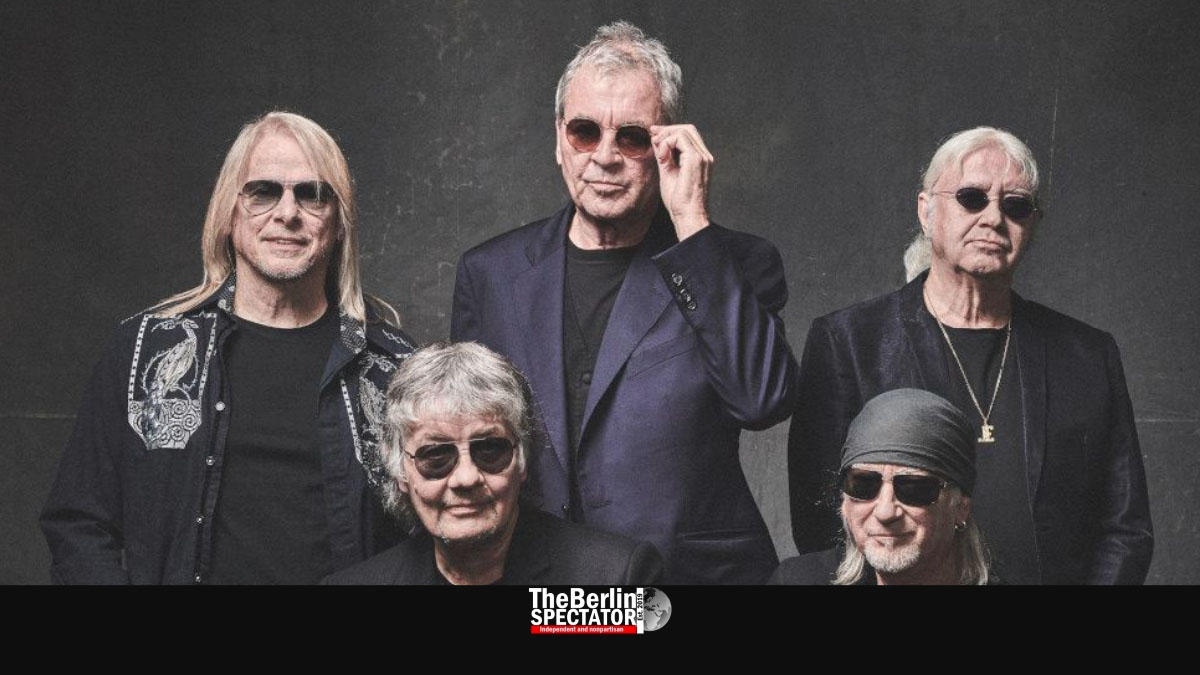 The pioneers of Heavy Metal are coming. Deep Purple, the most authentic band of this genre, will be raising the roofs at venues in Berlin and Oberhausen. Hold on to your hats!

Berlin, October 20th, 2022 (The Berlin Spectator) — In 1967, while some of us were busy playing in sandpits with little shovels and buckets, some British Rock enthusiasts engaged in an activity known as founding one of the most successful bands of all time. Back then, when keyboarder Jon Lord from Leicester and guitarist Richie Blackmore from Somerset gathered in London with some more Hard Rock musicians, they did not know they were creating a group that would sell more than 100 million records and last for more than five decades.

Jon Lord died in 2012 and Rickie Blackmore is not with them anymore either. But other legends considered original members, even though they came in two years later, in 1969, are still part of the endeavor, according to the group’s website, namely the bassist Roger Glover, drummer Ian Paice and vocalist Ian Gillan. If these living legends are actually on stage, Deep Purple’s lineup, which also includes keyboarder Don Airey, who has been with them since 2002, and guitarist Simon McBride, who was just hired, is nothing less than sensational.

Together with two other pioneering bands, Black Sabbath and Led Zeppelin, Deep Purple are part of the “unholy trinity of British Hard Rock and Heavy Metal”. Obviously, their ‘Stairway to Heaven’ is ‘Smoke on the Water’. This most famous tune in Rock history tells the story of a fire that broke out at the Montreux Casino during a concert the late Frank Zappa was performing with The Mothers of Invention because some moron fired a flare gun into the ceiling.

Even today, teenagers who test their first guitar play that intro riff. Once they get these few chords right, they think they are Rock stars. Obviously, Deep Purple are a phenomenon. Which Rock legends ever managed to enthuse the generation of their great grandkids? They did. By the way: There are song titles that should appear in any article about Deep Purple. Here we go: ‘Child in Time’, ‘Highway Star’, ‘Stormbringer’, ‘Speed King’. Alright. At least we got the most important ones covered.

Deep Purple started their latest European tour earlier this week in Milan. Today, they will be raising the damned roof at the O2 in London, before they continue on to Glasgow, Leeds, Birmingham and Manchester. The next task is to cross the channel. Lille, Dijon, Clermont Ferrand, Lisbon and Cartagena are listed on their tour schedule too. So is the “Rock Legends Cruise X” on the Royal Caribbean’s Liberty of the Seas, a rather large vessel.

Now, finally, in the sixth paragraph, we managed to get to the main message: Deep Purple are coming to Germany. On October 31st, 2022, they will be rocking Berlin’s Max Schmeling Halle, just before they do Oberhausen’s Rudolf Weber Arena on November 2nd. Did we mention Deep Purple are loud? This message was brought to you by the hearing aid industry. Just kidding. Welcome to Berlin, guys!

Berlin: Decision on Compulsory Mask Rule Postponed by a Week