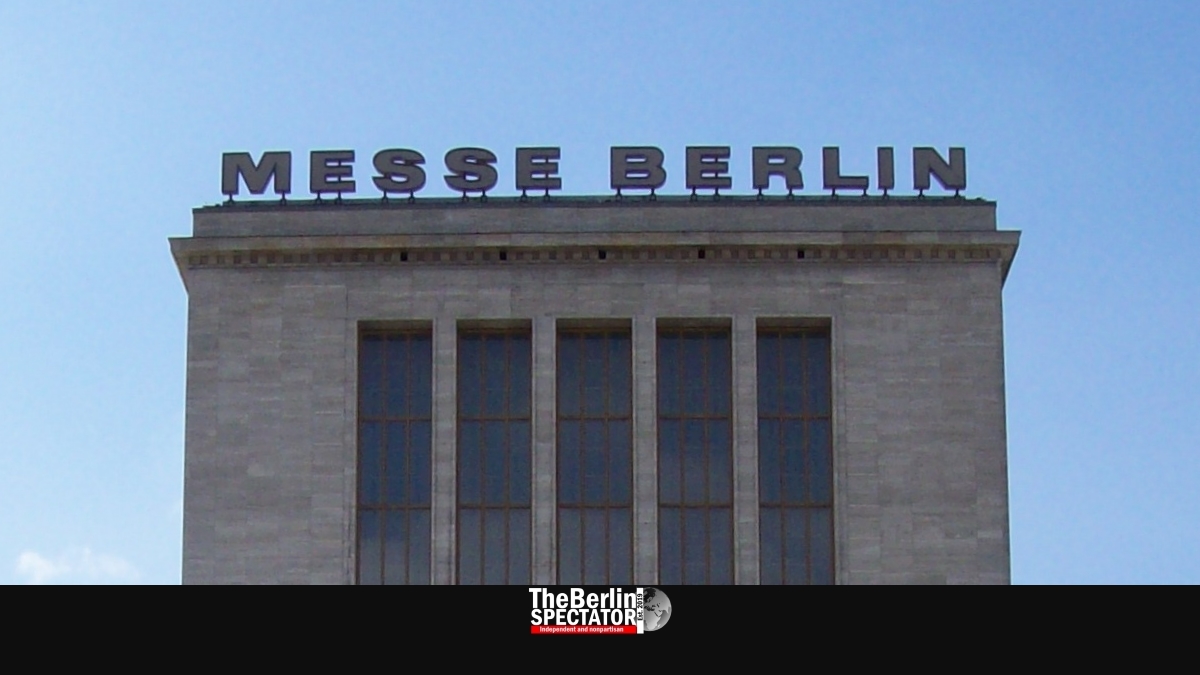 In Berlin, one of the most important global tourism trade fairs, the ITB, is about to commence this week. But even before its gates open this coming Wednesday, the fair has become a political issue in three ways.

First and foremost, the ITB’s organizers have been criticized for accepting Malaysia as their official partner country this year, because of blunt antisemitism demonstrated by its government. The country’s Prime Minister Mahathir Mohamad had recently banned Israeli athletes from entering Malaysia for a qualifying event for the 2020 Paralympics in Tokyo.

Mahathir had also said if the International Paralympic Committee wanted to withdraw Malaysia’s right to host the championship because of the ban, they should do so. More antisemitic rants by some of his ministers had followed. These statements led to demands according to which Malaysia should be disinvited from being the official ITB partner country.

But there was condemnation even months before. In September of last year, news about two lesbian women, who were tortured in Malaysia because of their sexual preference, spread around the world. Back then, Anja Kofbinger, a member of the German Greens at the Berlin House of Representatives, had said Berlin, the “rainbow capital”, should not help the “homo hell” Malaysia “to present itself as a paradise”.

Kofbinger was referring to several aspects. Messe Berlin, the company which organizes the ITB and other trade fairs, is owned by the city state of Berlin. And in the coalition agreement of the three-way left-wing alliance ruling Berlin it says “the concerns of the national and international LGBT community” would be represented. Anja Kofbinger and others saw a clear contradiction here.

In fall of last year, demands to exclude Malaysia from being the partner country were rejected by those in charge. The Berlin Senator for Economy, Energy and Enterprises, Ramona Pop, reacted by saying most countries in the world did not have the kind of Human Rights standards Germany had. According to her, dealing with the situation was a “balance act”.

In Germany, new criticism was expressed this weekend, because of the antisemitism aspect. The Jewish activist Malca Goldstein-Wolf told The Berlin Spectator, the Governing Mayor of Berlin, Michael Müller, needed to act. The antisemitism demonstrated by Malaysia had to be reason enough for the ITB not to accept it as a partner country.

“The government’s nice words about supporting Israel have degenerated into a farce by now”, Malca Goldstein-Wolf said. “If hatred towards Jews has no consequences, hypocritical talk in politics won’t lead anywhere either. This is another example for the halfhearted fight against antisemitism in Germany.”

Last week, Messe Berlin’s PR manager Julia Sonnemann had told The Berlin Spectator, the ITB regretted the latest statements by the Malaysian government and had discussed the matter with representatives of the country. She also stated, the contract with Malaysia had been signed long before those statements had been made.

The discussion about Malaysia as the ITB’s partner country is not over, it seems. At the same time, the BDS movement (“Boycott, Divestment, Sanctions”) announced it would be staging a protest against Israel’s participation in the ITB on March 9th.

On its website and Facebook page, ‘BDS Berlin’ published a statement saying “Israel’s politics of Apartheid and oppression against the Palestinian people” were ongoing, while the country’s Ministry of Tourism was “trying to present Israel as a normal country.”

Many politicians consider BDS an antisemitic organization. One of them is Frankfurt Mayor Uwe Becker, who vowed to fight the movement. The BDS wanted to delegitimize Israel, Becker recently said, and they used the language the Nazis had once used, by telling people not to buy from Jews.

A counter-protest by a pro-Israeli group was just announced as well. “We are used to the BDS’s rants”, a supporter said, “but we won’t accept them. Isn’t it interesting how they keep on accusing Israel of Apartheid, even though the Palestinian territories are inhabited by 100 percent Arabs, while more than 20 percent of all Israelis are Arabs, and some 80 percent are Jews? So, where is the Apartheid?”

This coming week, the ITB might run into even more trouble, not related to Malaysia or conspiracy theories about Israel: The 14,500 employees of Berlin’s state-owned public transport operator BVG might decide to go on another strike. A step of this kind during the tourism fair could create a big transport chaos.

Messe Berlin usually asks visitors to travel to fairs by public transport. In this case, that option might not be available, if the Verdi union calls for walkouts yet again. The next round of negotiations between Verdi and the BVG employers will take place on Tuesday. While the union wants a reduction of working hours for everyone, the BVG firmly rejects that demand.

“Not only the economy benefits from a sustainable development of tourism, but it can improve the quality of life for everyone”, Minister Altmaier stated.

While the launch party takes place on Tuesday, the ITB’s gates will open on Wednesday, March 6th. More than 10,000 exhibitors from 186 countries will present their tourist destinations and products, including Malaysia, but also Saudi Arabia and other countries with a more than questionable Human Rights record.