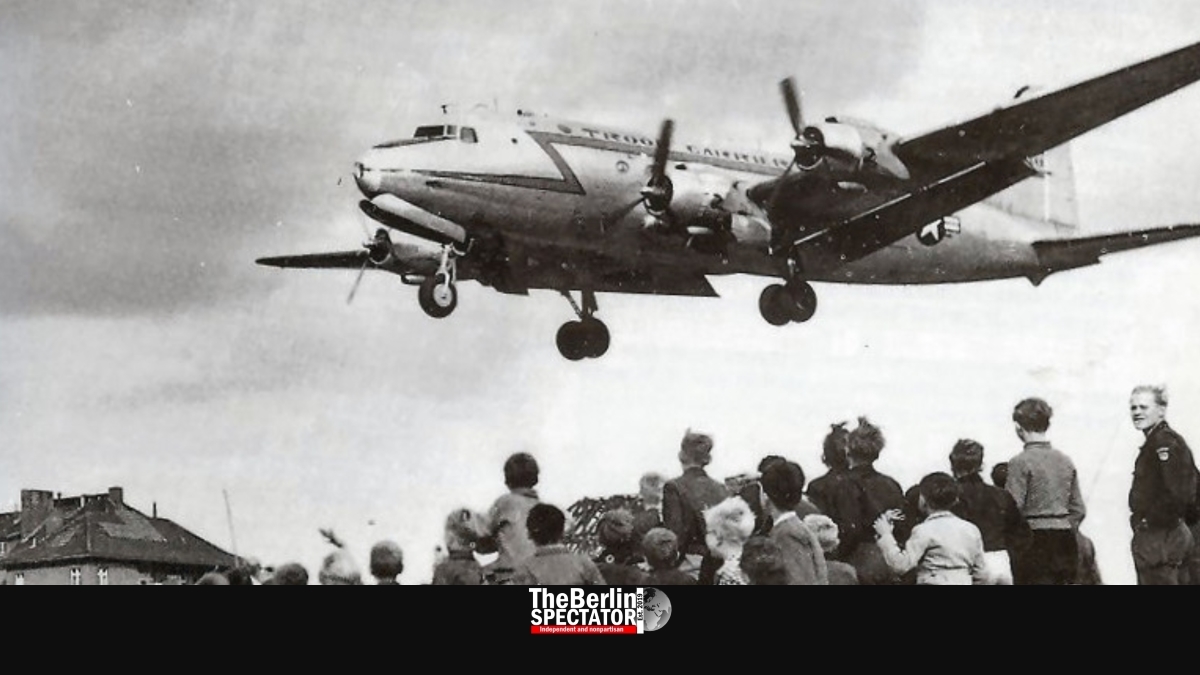 On May 12th from 12:00 noon to 7:00 p.m., the city of Berlin will commemorate the Berlin Airlift on the 70th anniversary of its end, at Tempelhof Airport, where so called ‘raisin bombers’ landed back then. This was announced by the office of Governing Mayor Michael Müller.

“The Berlin Airlift is a terrific logistic and technical accomplishment. It broke the blockade of the city with millions of residents, using peaceful means”, Müller said.

“We are not forgetting the fact that the Airlift cost many lives, especially among pilots and staff”, the Mayor continued. The humane effort had lead to new relations between members of the occupying forces and the people of West Berlin.

“Because of this mutual experience in Berlin’s struggle for freedom, the United States, the United Kingdom and France became protecting powers and friends”, Müller stated. Because of those events in 1948 and 1949 Berlin, the city of freedom, had the obligation to give back what it had received.

A statement distributed by Mayor Müller’s office said Berlin was inviting people from the countries who had participated in the Airlift, including veterans, in spite of their age. All tourists present in Berlin on May 12th and all residents are invited to come to the big Airlift commemoration too.

According to Müller, Tempelhof Airport is the ideal location for the commemoration because it was the authentic place where it had happened. At the Airlift event, opportunity to celebrate, but also information about what happened back then will be provided. The city is expecting some 50,000 people to join.

The significance of humaneness and helping each other will be the message of the event. Therefore, organizations which work in that direction today, including the United Nations High Commissioner for Refugees, will introduce their work at the event. But the main focus is thanking those who saved West Berlin.

On June 24th, 1948, three years after the unconditional surrender of Nazi Germany, the Soviet Union started the Berlin Blockade. This meant there was no land or water access to West Berlin anymore. In order to save the city’s residents, the Allies started the biggest airlift of all time, known as the Berlin Airlift.

Air crews from the U.S. Air Force, the British Royal Air Force and the French had help from the air forces of Canada, Australia, New Zealand and South Africa. Over 200,000 flights took place within one year. Up to 12,000 tons of food, fuel and other items were transported per day.

Then, on May 12, 1949, 70 years ago, the Soviet Union lifted its blockade. Hardly anyone in the Soviet Bloc know about the blockade, except for the Moscow leaders and military personnel.

September 11th in Washington D.C.: Day of Terror, Fear and…